ISTANBUL – An Azerbaijani painter has transcribed the holy book of Qur’an on transparent silk pages, producing the world’s first version of the holy book on silk material.

She added that she transcribed the Qur’an based on the official version released from the Diyanet, the Turkish Presidency of Religious Affairs, on silk sheets each measuring 29 x 33 cm.

Studying art history at the Marmara University in Turkey, Memmedzade said she decided to use silk after investigating and finding that the Qur’an had been transcribed onto various materials but never onto silk before. 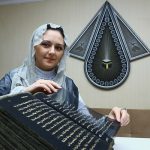 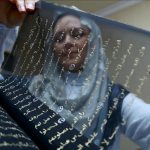 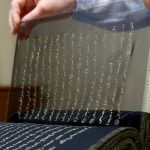 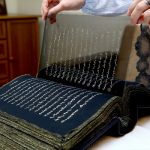 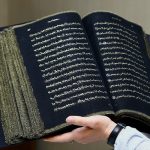