ALGIERS – In the next year, Algeria is expected to have ‘the third largest mosque in the world’, Djamaa El Djazaïr, currently being constructed in its capital city Algiers since 2012.

The iconic mosque will feature the Islamic medieval Andalusian architecture style which is closely related to Algeria’s history mixed with modern architecture.

The 265-meter-high minaret of the mosque could be seen from all places in Algiers. In fact, it’s the highest minaret in the world.

On the top of the minaret, and after a climb of 37 floors, the Mediterranean bay of Algiers can be revealed in a breathtaking view. On the south side, the fertile Mitidja plain spreads over tens of kilometers before being hampered by the majestic mountain ranges of the Blida Atlas.

China’s State Construction Engineering Corporation (CSCEC) is the main contractor which doubles its efforts with five other companies from Germany, France, and Algeria to deliver this mega project by 2019. 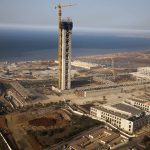 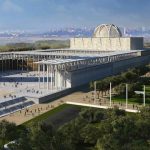 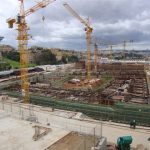 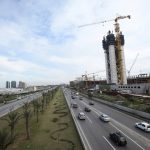 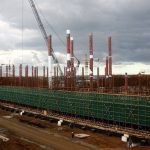 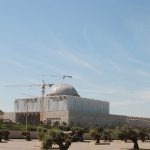 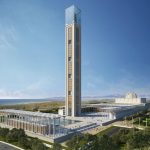 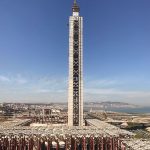 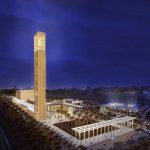 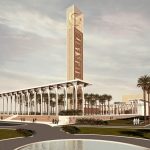 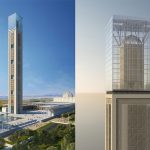 Some 2,300 workers, engineers, and construction managers are working on working 24-hour shifts for the timely delivery of the project amid its complexity and its numerous stakeholders.

Once completed, Djamaa el Djazaïr will be the largest in Africa and the third largest in the world, after the Masjid al-Haram in Makkah and Masjid al-Nabawi in Madinah, both in Saudi Arabia.

The main prayer hall will be lighted by day light through a system of reflectors installed between the inner and outer part of the dome. Meanwhile, the rainwater drainage system is also integrated to collect rainwater in a huge tank, and then the water will be used for gardens that adorn the mosque.

Moreover, the mosque will include several independent buildings over 20 hectares, with a built-up area of over 400,000m2.

It will be also equipped with a conference room, a museum for Islamic art and history, a research center on the history of Algeria, the Qur’an House center, commercial buildings, a restaurant, a library, an amphitheater, a plaza, an underground parking with a capacity of 7,000 cars, and outbuildings dedicated to the security and maintenance of the building and its occupants.