MOGADISHU – Families of those killed in the bombing attack in the battered capital of Somalia are mourning their loss as hundreds of parents faced the agonizing news that shattered their dreams of a better future.

“I lost the dearest one in my life. They killed my whole hope. I do not know why they killed my daughter … I ask al-Shabaab, ‘Why are you doing this bad on us?’ God help us,” Hinda Yusuf, the mother of Maryam Abdullahi Gedi, told The Guardian.

“My daughter was an extraordinary girl. She was a respectful student. She never confronted anyone in the family. All our neighbors loved her. We called her the ‘lovely one’ due to her good character.

“I raised her in hardship. After leaving secondary school, she joined the university and it was her ambition to become a doctor.” 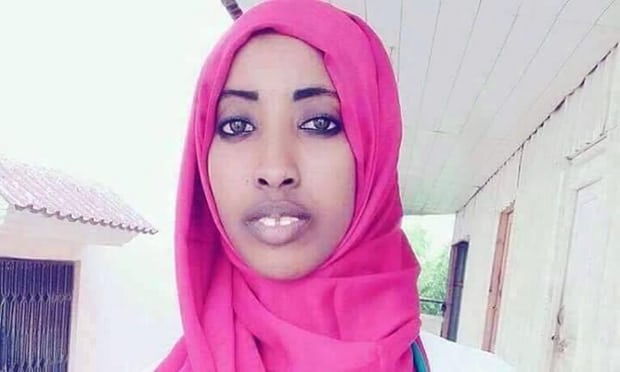 Gedi is one of more than 300 people killed in a massive bombing in the center of Mogadishu on Saturday afternoon.

The death toll from the attack is expected to rise. Rescue workers say the true total of those killed by a truck bomb containing hundreds of kilograms of military grade and homemade explosives will probably never be known.

The intense heat generated by the blast, which also ignited a petrol tanker, means that almost no trace of some victims remains. Others were rapidly buried by their relatives, in line with Islamic custom.

Gedi was buried on Sunday morning at the Barakaat graveyard on the north side of Mogadishu.

Another casualty was Mohamud Hassan Elmi, a senior civil servant in charge of humanitarian aid in Somalia.

A dual US-Somali citizen, Elmi, 35, was among the many young Somalis who have returned to the country in recent years.

Elmi moved to Mogadishu eight years ago after graduating from Ohio State University.

“My brother was humanitarian person. Even in Ohio, he always said he wanted to help the people in Somalia because he saw photos of the hungry people in the country,” Sade Hassan Elmi, a younger brother, said.

Elmi, a father of six, rejected the pleas of his wife and relatives to return to Ohio after a cousin was shot dead in Mogadishu two years ago.

“He said, ‘I would not run away while my work is needed by the people,’” his brother remembered.