Based on the Prophet’s answers to Jibreel, the scholars have ventured to say that there are three levels of faith. The first level is Islam – submission to God and testifying that there is no one worthy of worship except Him. By definition, uttering the testimony of faith makes you accountable in that you must perform the basics of faith listed in the aforementioned hadith.

The second level is Iman – a more in-depth understanding of the religion that causes true belief to enter your heart. Not only do you preform the basics of the faith, you also have certainty of belief, and are on a path to deepening your knowledge.

While both levels seem to be intertwined, it is technically possible to be a Muslim without necessarily being a Mu’min (one who has Iman). For example, when a tribe of Arabs came to the Prophet in order to accept Islam, they said to the Prophet, “We believed.” His response was recorded in the following verse:

“The Bedouins say, ‘We have believed.’ Say, ‘You have not [yet] believed; but say [instead], ‘we have submitted,’ for faith has not yet entered your hearts. And if you obey Allah and His Messenger, He will not deprive you from your deeds of anything. Indeed, Allah is Forgiving and Merciful’” (49:14).

The final level of faith is Ihsan: worshiping Allah (SWT) as though you see Him, or at least knowing that He sees you. It’s the final and highest step – a state of being where you are consistently aware that Allah (SWT) has full knowledge of all that you do. With this awareness comes the desire to push yourself to not only do good deeds, but to perfect them. Aisha (ra) didn’t just give from her wealth; she did it in a beautiful way that honoured the recipient. This is just one of her practices that set her apart.

If you think of these three levels as a series of steps on a flight of stairs, you’ll understand that you may not be able to leap from the bottom to the top in one bound. If you start your journey of learning and faith by taking on too much, too fast, you risk losing your footing, tumbling down those steps, and injuring yourself.

Just as the Quran was revealed over the course of 23 years, Islam was brought to the people in a step-by-step manner. If it had come down all at once, with every commandment and ruling in place, it would have been difficult for the people to begin practicing. Instead, it brought about deep societal changes because the people were given time to change. The companions of the prophet (pbuh) were given time to graduate from Islam to Iman to Ihsan.

The very nature of the revelation coming down in steps, and over the course of two decades, teaches us the importance of this kind of consistent work. When we want to make lasting changes in our lives and communities, we start small and grow steadily. We climb the steps and ensure that we have sturdy footing before moving forward. 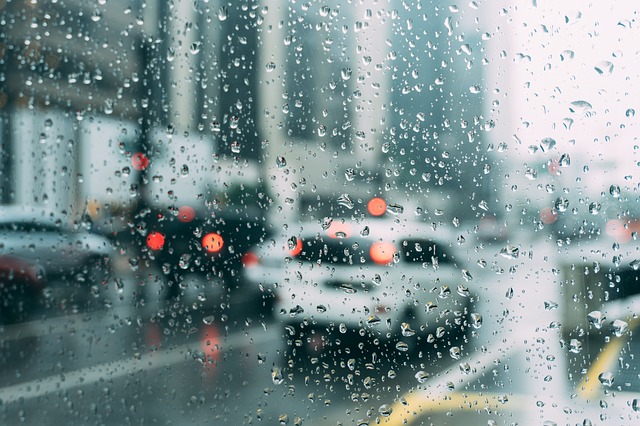 Back to My Car

As I drove off in my new vehicle that day, I smiled to myself. For many years before this took place, I knew of my dad’s friend as a good father to his own children, and a kind, generous believer. He had this reputation in our community, even before I was born.

While I cannot peer into anyone’s intentions, it seems to me that his knowledge of Allah’s ever-watchful gaze motivates him to use every opportunity to serve Him. It was his decades-long consistency as a good man that allowed him the ability to go the extra mile when performing a good deed. It had become second nature to him.

That day I knew that Allah (SWT) had blessed me to see how ihsan can be practiced in our everyday lives. Sometimes all it takes is a little finishing touch on a good deed to take it from good to excellent. But that finishing touch that seems so simple in the eyes of an observer, is actually the product of years of steady climbing and consistent worship.

May Allah (SWT) grant us the opportunity to develop our faith until we are able to serve Him with perfection.

(Originally written for The Message International)