Being a disabled Muslim woman you are likely to experience discrimination and obstacles in your path, but Sannah Hussain is changing and challenging the status quo of disabled females.

We talked to her about her extraordinary journey.

Sannah Hussain is a 25-years-old Pakistani Muslim, born and raised in Glasgow, Scotland. She has Myasthenia Gravis, a chronic autoimmune neuromuscular disease that causes muscle weakness. She also has Albinism, which causes skin whitening and problems with eyesight.

Of course there is more to Sannah than her disability, she is a university graduate, charity worker, radio presenter and probably most surprising, a hijabi boxer.

Boxing is essentially a male dominated sport, yet Sannah first came across it when the charity she worked at launched a ladies only boxing class to promote female empowerment within the Glasgow Asian and Muslim Community. As the female representative of the charity it became Sannah’s job to promote and manage the operational side of the class. She says it only “felt right to take part as well and I realised very early on that I not only enjoyed it but I was good at it too, so I started taking additional classes throughout the week”.

Sannah adds that she has always been a sporty person regardless of how her health limits her, “I was never good at team sports as I couldn’t keep up with others or in many cases see well enough to take part. But boxing in its very nature is a lonely sport where you have to rely on yourself.”

This made it easy for Sannah to enjoy it more than other sports as she does not have to feel guilty about letting other people down or sad that she was not progressing as fast as her team.

From classes to in the ring

On the run up to her fight she had six weeks of intensive training which covered everything from boxing technique, stamina, muscle strengthening and general fitness. “My trainer knew that I was visually impaired and had a muscle weakening disease and initially over email said I would not be able to fight. But I made the effort to meet him in person and convince him that I was motivated enough to do it. We came to an agreement that I could take part in the training but if at any point he thought I wasn’t ready then I would have to accept his decision and not fight.”

For safety reasons Sannah had to have a medical examination beforehand which she passed but was warned to listen to her body and stop if needed. Sannah says she vividly remembers “the doctor saying ‘Just remember, with MG the aim should be to live a normal life.’ I said ‘Yes’ but in my head I thought to myself who wants to live a normal life?” Her fight did not include head shots and the rounds were shortened as it was an exhibition fight to introduce Sannah to the boxing ring.

Boxing is not a Paralympic sport which is ‘shocking’ For Sannah, “I Fought against an able bodied fighter and lived to tell the tale and I know there are other people around the world that would do the same to prove a point. I would love to see it in the Paralympics one day as I know I would be able to relate to those athletes and it would inspire other people too.”

For boxers who have an illness or disability it is very hard to find an opponent. As most fighters are equally matched and not everyone’s illnesses or disabilities affect them in the same way so it is hard to predict if a match is a fair fight or not. Sannah’s main struggle is simply finding others who are like her in the sense of being a Muslim female with a disability so that she could share experiences and better understand her own short-comings. There are of course many females with disabilities that she has come across , but as she tells us “often people forget that our culture has a big part to play in the challenges we face.”

She adds that “ Unfortunately, the attitude towards disability in the Muslim community or at least the community I grew up in is very different to those that a Non-Muslim would have faced.” She admits to enduring a different level of treatment, for instance in her role as a fundraiser there have been times when she would not have been allowed to go to certain places or meet certain people as she would require additional support due to her disability which has resulted in her being over looked.

If Sannah had a magic lamp, the three wishes that she would ask for are :

1) She wishes to drive to make her life that much easier to not only get around, but to be able to do and achieve more.

2) She wishes that people weren’t so scared of disabilities. By this she means that as part of her job she goes to many events, but there are so few events, projects, and initiatives that are focused purely on the disabled community.

3) Her third wish is for Muslim women who have a disability to believe in themselves more and not to wait other people’s approval in order to know their worth.

“There are so many talented Muslim women in this world who perhaps don’t have the support/approval of others and so give up on their dreams, so I would wish that with the belief in them that would stop being the case.“ 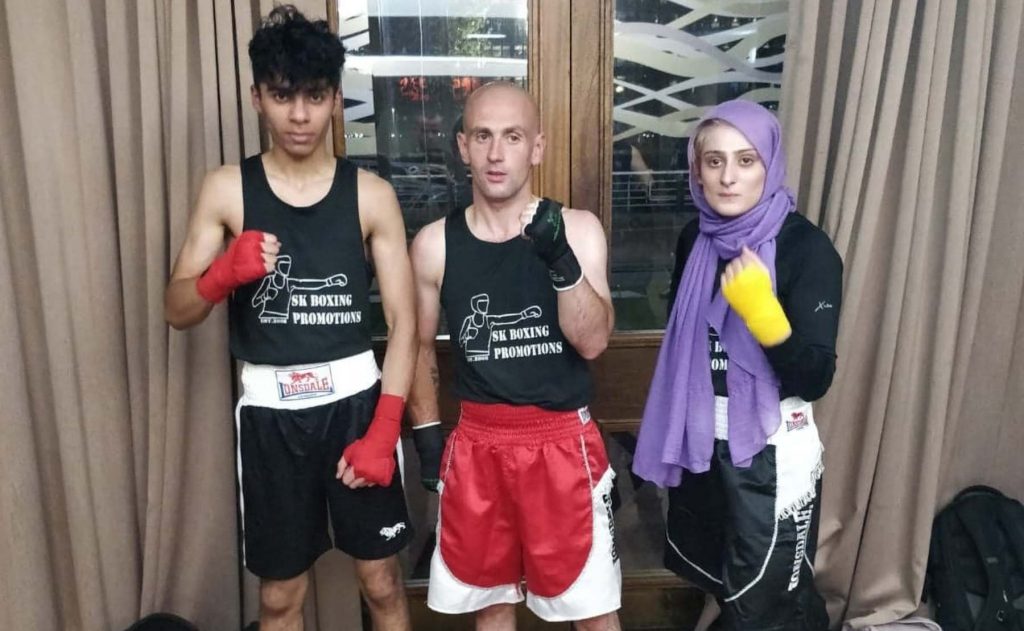 How disabled are you?

For Sannah, the hardest part about living with a disability  is trying to decide how much emphasis one should place on it. Whether your disability directly impacts your mental health or not, living with an illness requires psychological strength. While a lot of people can be very supportive, it is just as easy to find unsupportive people too. “Their negative comments can be hard to ignore” says Sannah.

Living with “invisible illnesses” is particularly difficult as you can feel the judgment when you are asking/offered support. “Although I am well enough to train in the gym some days there are other days that I struggle to do simple things like shopping. Many shops have tiles dedicated to disabled people to jump the queue. Regardless of how tired I am I won’t use them because in the past I could see people looking at me trying to figure out what was ‘wrong’ with me”.

The way society is constructed is built on comparison; we compare ourselves to everyone, but progression and success shouldn’t be based or measured on other people, Sannah believes that only “you determine what your success is. The more you are able to train yourself to think that way, the happier you will be every single day. What we all seem to forget is that what may not be a win to someone can be a big win for someone else. so take time to learn to appreciate those wins as and when they happen.”