As a global society, we’ve somehow seemed to move to online dating as a means of finding partners – at least here in North America.
aaa

I remember growing up and my mom telling me stories of how she met my dad. They were young. Her dad was the community sheikh and had taught my dad Quran classes from a young age. My mom moved to Cairo with her dad, and my dad moved to Canada, but as soon as my dad had saved enough money, he flew to Cairo to propose. To my younger self, that was how marriages work in Islam.

But getting married doesn’t really work like that anymore, especially not for North American Muslims. In my respective Muslim community, a conservative upbringing has created a generation of social awkward encounters between Muslim men and women.

We grew up together, but were never allowed to speak. In fact at one point, the Islamic school most of us attended created a “no talking to members of the opposite sex” rule. Realistically, there are so many interpretations to Islam that for some people, this seems like the correct one- but to others (myself included) it doesn’t.

When you reach your 20’s, is when the aunties at social gatherings start the marriage questions. Suddenly you are allowed to not only think about boys, but pushed into meeting the one you are supposedly meant to spend the rest of your life with. It’s like a switch, which is confusing and perhaps even a little unhealthy. Though, it’s very important to foster healthy relationships and understand what to look for in a suitable partner.

Sometimes this means your parents know best, but often it’s knowledge of yourself and what is important to you that will guide you in the right direction. Of course Islam teaches us what to look for, but only you know what character traits are important for a relationship that is healthy for you.

As a global society, we’ve somehow seemed to move to online dating as a means of finding partners – at least here in North America. It’s even become popular in Muslim communities. Products like Minder and Ishqr are online platforms that allow young Muslims to connect and potentially meet their future spouse.

As a single 20-something Muslim woman, I’ve thought about it. My parents aren’t the type to suggest or encourage arranged marriage, but something about putting myself in an environment that was created for those wanting to get married seemed strange to me. Perhaps I’ve never looked as marriage as a “want”, but more as something that happened if Allah meant for it to come your way. But maybe I am wrong. 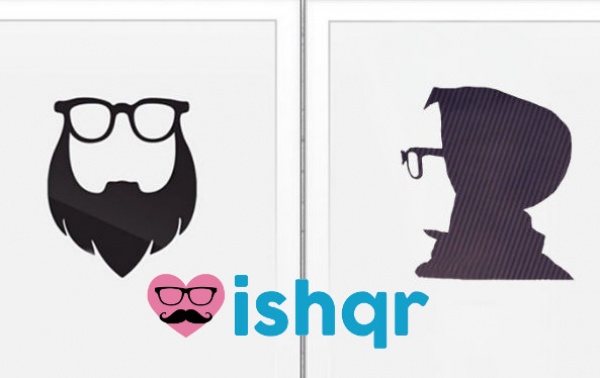 I spoke with Humaira Mubeen, one of the founders of Ishqr, an online dating platform for Muslims and here is what she had to say about Muslim relationships in North America:

Eman:  inspired you to create this tool to help facilitate Muslims getting to know each other?

Humaira: Ishqr was created as a joke. I was part of a community of cool young Muslims- Mipsterz we had our own listserv on the process of getting married. On Mipsterz, we had several discussions about finding the right partner, compatibility and how to navigate relationships as young Muslim American millennials.

On this listserv, I jokingly mentioned how awesome it would be to have a platform for young Muslim hipsters who had unique hybrid identities and values. The joke quickly became serious when people became interested in having such a platform. A few other Mipsterz and I decided to bring the joke to life.

Eman: How has it been received in the community?

Humaira: The response has surely been very positive. We have a community element to our platform and it’s for all types of Muslims. The light-heartedness of Ishqr attracts a diverse group of Muslims. The method on the site is personality first and picture second which is something that our users love. A lot of users will write in their profiles that ishqr is the first online dating platform they’ve joined.  We love how comfortable they feel sharing this with other users and it’s because of the light-heartedness of the site.

Eman: Would you say the product has been successful in helping people meet partners?

Humaira: Yes! I say this with confidence because that’s what our users tell us. Our mission from the beginning has been to create a community centered platform where users can not only find partners but learn about relationships and talk to one another on how to navigate one of life’s most important aspects — love. We have users come back to us and say that even if they didn’t find “the one”, they still made amazing friends on our site.

Eman: What do you have to say to young Muslims who find using pages like this as coming off as desperate for using a dating page?

Humaira: I would say that the stigma of being on a dating platform has significantly decreased. The label of “desperate”is no longer there when using an online dating platform. On Ishqr, we have some of the coolest people out there, well traveled, intelligent, and  artistic. It’s not that they’re desperate and that’s why they’re on it. It’s because they’re making moves and changing the world and also want an outlet to meet similar like-minded people.

Eman: Best advice you would give to a single Muslim?

Humaira: Get out of your comfort zone!

Eman: Has your product been successful?

Humaira: Yes! So far from self reporting we’ve had around 16 engagements and 4 couples get married.

Eman: What’s your favorite match story that a user has shared with you?

Humaira: They’re all our favorite! I think the best part about all of them is when they come to us and say they would have never met their partner if it wasn’t for the site because they weren’t in the same circles or lived across the country. That feeling that God used us in a way to bring two souls together is just amazing and something we can’t explain in words.

As more and more of our social interactions are based online, it may be time to do away with our stereotypes on how getting married happens in Islam. Perhaps Ishqr and Minder are the way of the future – or maybe just here in North America.