The Supreme Court in the USA displays a rendition of Prophet Mohamed (peace and blessings upon him) holding a Quran.

While we do not create statues and artistic renditions of prophets, this act acknowledges the fact that he (PBUH) is considered to be one of the most influential leaders in history, even by non-Muslims. His life was recorded in hadith and is practiced when we strive to do acts of sunnah, but how well do you really understand his day to day life and how it can improve yours?

I see many successful professionals, students and youth who are reading self-help books or looking to the daily life of Fortune 500 CEO’s to understand productivity. This is great, but why not also look at one of the most influential and revered leaders in history? Yes, we can learn how to lead a productive day the Prophet’s (PBUH).

It is almost fajr, still dark outside and the Prophet Mohamed (PBUH) is either awake in voluntary prayers or taking a nap after spending much of the night in prayer. Upon getting up, he used a Miswak (like a toothbrush but natural made from a stick) and would engage in more voluntary prayers, making duaa and spending time with his wife. Once the call to prayer was heard, he would go to the mosque to lead prayers.

After completing fajr he often spent time with his congregation having a small discussion. This would continue until the sunrise. Upon leaving the mosque he would return home and spend time with family until he decided to go back to the mosque, pray more and people knew they could go to him for counseling at this time.

Any of you who have read self-help books or worked with productivity coaches know that morning routine is very important; you are setting the tone for your day.

The morning routine of the Prophet (PBUH) encompassed voluntary worship, praying in congregation, interacting with other believers and time with family.

His initial actions in the morning showcase priorities, faith and family.

Think about your own morning routine and compare. Do you take time for voluntary prayers, Quran and family or do you press snooze so many times that you end up rushing (including rushing prayer) and don’t have time to make duaa or dhikr?

Additionally, you should be waking up with a sense of gratitude in the morning which will impact you psychologically more than you realize.

“Whoever among you wakes up physically healthy, feeling safe and secure within himself, with food for the day, it is as if he acquired the whole world.[Sunan Ibn Majah]

A good starting point is to stop grabbing your phone and checking social media/email immediately upon waking. Instead, go ahead and grab your phone but open up a Quran app and read the verse of the day. I personally use Muslim Pro and it has a new verse everyday conveniently ready for you. Sit with your family and interact, don’t just rush out the door to school or work. 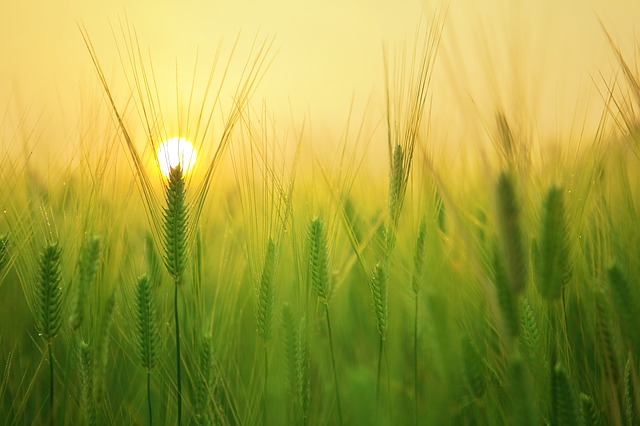 Although some days varied, we have an idea of the typical activities the Prophet (PBUH) engaged in. After spending time with his family and returning to the mosque, he would see people from near and far lands, new reverts and discuss any questions people had. We can think of it like an open door policy of the Prophet (PBUH).

We are still in the time-frame of early morning to dhuhr, during those early hours after receiving people and speaking with them he would leave the mosque again. Sometimes he would visit family such as his daughter Fatima and he often walked through the market areas. Then he returns home and helps his wife with housework, sewing shoes, cooking or milking a sheep. Then he takes a nap until Dhuhr.

Let us recap, it is not even Dhuhr yet but already he has accomplished praying in congregation, voluntary acts of worship, time with family, counseling people in need, housework and a nap. Many of us might not accomplish all of this before Maghrib let alone before Dhuhr.

You might be wondering how you could accomplish this level of productivity. For one, remove distractions. If you cannot stop checking Facebook and it drains away your time, set a time limit on your Iphone for social media or set your phone to mute except for calls from important people. Identify your distractions and time suckers then reduce them.

Upon completion of dhuhr prayer the Prophet (PBUH) might discuss another inspirational topic with his congregation. Then once again he leaves and goes back home check on his family, do more voluntary prayers and he often went out with the sahaba (companions) to handle any concerns within the city like a leader must do.

It was not unusual for him to return to the mosque until Asr and then once again returns home.

Upon hearing the call to prayer for Maghrib he would go to the mosque to lead the congregation then go home. No discussion was held because this is dinner time. While at home he would eat in a gracious way with his wife as to make her feel happy. Such as feeding her from his own hands, drinking from the same spot in a cup and never complaining even if he didn’t like the food.

Sometimes companions came over and they all ate together and had discussions about religion and society. Don’t forget he ate with his right hand and used his fingers.

Now it is time for Isha at the mosque. It was very rare that they had any type of discussion after Isha; the people would go home and rest. Upon returning home, the Prophet (PBUH) would pray more optional prayers and spend more time with family.

He would enter his humble bed sharing the bed with his wife while sleeping on his right side. During later hours he would wake up to recite Quran and prepare for evening prayers. His evening prayers were said to be lengthy and beyond what most of us could do. For witr he often woke his wife up to pray with him. Before the night ends he would take another nap until Fajr. 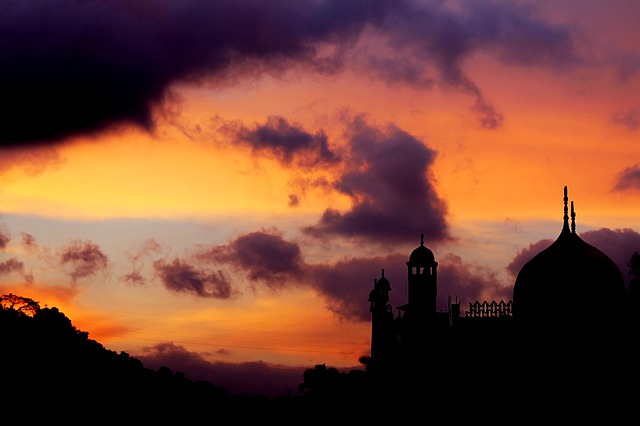 After examining this typical day in the life of the Prophet (PBUH) we see a few trends. Worship, family and service to society. His day revolved around acts of worship, quality time and conversation with family and connecting to the society around him.

He was focused on what matters the most, heart. He was connected to the heart of his family, heart of the city and the Quran was an inseparable part of his heart.

This leads me to asking you as well as myself, are your priorities straight? Do you wake with God-consciousness, gratitude and intentions to be with family in acts of worship or do you wake up and focus on due dates, responsibilities and bills. Perhaps one of the biggest lessons I can deduce from this is to focus on what is important and sideline the rest.

1. Now that you have a base understanding of the Prophet’s (PBUH) daily life, you can put this into action.

2. Make duaa and have intention to improve your productivity in accordance with sunnah.

3. Begin your day with sincere prayer and any other acts of worship that you can successfully focus on.

4. Identify your distractions/time suckers and minimize them. You have to take action and remove them; don’t just rely on your willpower.

5. Make time for family and say alhamdulillah for having them. Try to connect with them and discuss spirituality.

6. Be courteous to your neighbors and remember how well the Prophet (PBUH) treated his neighbors and anyone within the city, even if they were not Muslim. Service the people around you as he did daily.

7. Don’t miss out on your evening opportunities. Try to engage in evening worship, it does not need to be big. Set your alarm 30 minutes before Fajr so you can pray witr and recite Quran before you pray fajr. This will start your day out in worship and center your thoughts.

We live in a fast paced world that is pushing for success and productivity, but all too often we are burning ourselves out focusing on the wrong things. You can be highly successful and productive without being miserable if you take pointers from the daily life of the Prophet (PBUH) and try to employ them into your daily habits.

his doesn’t mean you have to try and emulate his life 100%, but if you embody the concept of focusing on worship, family and service then you are on the right track to success, inshallah.