‘I’m Maryam’, she smiled, extending her hand. ‘No one important, just an ordinary lady!’ she winked.

That was how she first introduced herself to me. The ‘ordinary’ expression caught my attention, and I loved it. So much that to this day, I have forgotten how she dressed, what car she drove or which family she belonged to. All I remembered was that she was genuine. Humble. Simple.

She did not try to impress me. That had made me impressed. Her social image was not tied to money, beauty, wealth, social class, and material belongings.

It’s a World of Prada

In a world where Prada and Gucci define who you are, Jennifer Lopez or Priyanka Chopra is the benchmark of beauty, and ‘Rich Kids of Beverly Hills’ decide how the perfect lifestyle should be, I find such humility rare and fascinating.

I grew up hearing the ‘you are what you wear’ reminders repeatedly. Thanks to the kind multi-million dollar fashion industry for being so concerned about my identity and self-esteem. And I still remember a perfume advertisement I saw, which claimed something like, ‘Free yourself from this slavery!’ with an image of a pretty young lady trying to entice a hot guy.

The message was vague at first, but as I tried to understand it, I felt disgusted at how business corporates tried to deceive women into believing that using perfume could make them so good that they would no longer be enslaved by the desperation to get men’s attention. Instead, men would now start chasing after them.

So they said this is liberty. Emancipation. Freedom. Noble words indeed, but used for the wrong purpose. It means women should free themselves from the strong desire to tempt men, by doing something which would in turn, make men slaves who run after them. And that ‘something’ means becoming a slave to the perfume industry. Keep buying our products and you’ll be free. Great. One form of slavery replaced by another. How liberating!

Materialism has Silently Gripped Us

During a visit I had at a remote area in a poor country few years ago, I saw naked toddlers running around the village happily. They almost had nothing to wear. Poverty was widespread, and people survived with very basic amenities. Eid was coming and I thought to myself, ‘How can I wear my new Eid dress when I am surrounded by naked children who cannot afford decent clothes?’ I imagined them staring at my elegant abaya with dreamy eyes. How distasteful.

Unfortunately, that is largely how it works today. People buy more to outdo one another, and create envy. Or at least to prove their worth, as material acquisition today is the pinnacle of being a successful human, designer clothes are needed to express one’s self, and external beauty defines confidence. The more one owns, and the more jealous people are of him, the better he feels. It may not apply to everyone at all times, but this culture and ideology are definitely gaining momentum and penetrating fast into every aspect of human life.

In a highly materialistic world where consumerism is the dominant culture, success is defined by money, and happiness is intertwined with material belongings. Not to say that money is not important, or we do not need money. But money and possessions have become an ultimate goal, not a means.

Society on the other hand has placed money and looks higher than virtue, and sometimes turns a blind eye to how money is obtained. It is now a nasty competition everywhere; who wears Jimmy Choo, who buys Chanel, who purchases a bigger mansion, who throws a better wedding party, who drives a more expensive car, who dates a richer guy and so on. Money talks and triumphs, while morality weeps in silence.

Experts have defined materialism as ‘a system of value that is preoccupied with possessions and the social image they project’. It is a culture which is self-destructive and socially contagious. As much as the media and multi-billion dollar business companies remind us every day that to own more is to be happier and more satisfied, research findings showed otherwise.

Studies have demonstrated that buying more stuff is associated with depression, anxiety and broken relationships. Not only that, some even proposed that the more materialistic we become, the more our wellbeing (good relationships, autonomy, sense of purpose, etc) diminishes, and vice versa. 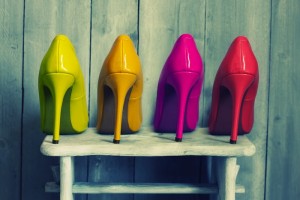 In a world where Prada and Gucci define who you are, Jennifer Lopez or Priyanka Chopra is the benchmark of beauty, I find such humility rare and fascinating.

Monika et al (2012) in a study on materialism found something interesting, that is, not only materialistic individuals are less happy but the danger of this culture extends beyond that. When people show off to others what they have, how they spoil themselves and what kinds of luxuries they self-indulge in, it triggers material concerns and negative emotions among those who watch. So those who are unable to have the similar privilege often end up feeling distressed, unsatisfied, angry, and depressed.

Another wonderful study conducted in 2013 demonstrated that there was a two-way relationship between the culture of materialism and loneliness. Findings showed that people who perceive material belongings as a source of happiness and a measure of success are, in fact, more lonely or more prone to loneliness. No wonder the sight of a lady with dozens of shopping bags to the extent that her head is barely visible, pains me. Behind all those expensive stuff, there might be a lonely heart and a fake smile, trying to convince the world that she is happy.

Hey, but that’s highly judgmental! Some would say. Let’s make it clear. This is not a statement claiming that every rich person is materialistic. Materialism and the obsession with material acquisition can affect anyone across social classes, rich or poor. But by logic, the richer are more prone to it simply because they have access to whatever it is that they want to own. Still, that does not mean someone who is not rich is immune from this dangerous mentality.

When photos of Kate Middleton elegantly posing in her fashionable gowns went viral at one point of time, I could not help feeling worried. I had nothing against the royal family. How they lived their lives was certainly none of my business. My business, however, was the impact on ordinary people created by those photos and how profit-making media companies were only aggravating the consumerist culture through the glorification of the rich and powerful. 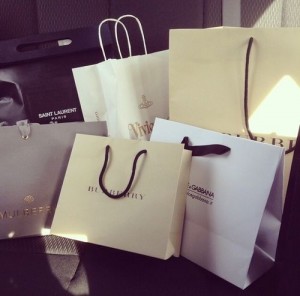 In a highly materialistic world where consumerism is the dominant culture, success is defined by money, and happiness is intertwined with material belongings.

What kind of ideas millions of young girls out there would get? Those who could only see but could not afford. The effects were obvious and immediate: friends and strangers around me began gossiping non-stop about how they wished they could dress like her, marry a handsome prince like her, live in a palace like her and follow her every step.

But let’s face the harsh truth. The world does not need so many princes and princesses, nor will it ever be possible for ordinary people to attain the ‘perfect life’ of royal celebrities, billionaires and film stars portrayed by the media, day and night. If everyone has to live a life of watching others enjoying things he can never obtain, a life of constant envy and distress, what will the world turn into?

There is already too much inequality, inequity and disparities in today’s world. The gap between the rich and poor is ever widening. Enforcing and perpetuating the culture of materialism and consumerism is bad for all; it’s a lose-lose situation.

For the poor, it only makes them feel worse and desperate to run after something which may not be attainable. It’s like a mirage. They will continue to chase, only to find in the end that all the efforts and exertion they undertake are a complete waste. This is because the moment you purchase something new, another person must have bought something newer. Unsatisfied, you aim for the next one. And the vicious cycle goes on.

For the rich, it’s also a mirage, but of a different kind. They spend and spend, thinking that they are on the path to ultimate happiness. But it will be a long and torturous journey with no end. After each short-lived exciting experience, the satisfaction disappears. So they aim for another one, hoping that the episode of ‘happiness’ will this time stay longer and be more meaningful. But it won’t. And the cycle goes on. While pursuing all these possessions, they might have unknowingly sacrificed many precious relationships and real opportunities in life.

As for society, excessive consumerism only benefits the business corporates. But it can also boost the economy! I can already hear some people shouting. Think again. That is quite over-simplistic, unfortunately. As community members become more materialistic and individualistic, a market economy is enforced.

Various studies have shown that the market-oriented economy widens the gap across social classes and weakens social cohesion. Diminished social cohesion in turn, worsens the health status of society and increase crime rates. So economic gains may be visible short-term, but that will be followed by a longer and more stubborn catastrophe, both socially and financially.

The ‘ordinary lady’ has taught me an extraordinary lesson; that one does not need to own so much, buy so many, or possess exceptional external beauty to be happy and contented. Money, material and beauty should not be the end goal, but the means to achieve a higher purpose. They are tools through which humans can arrive at their destination, rather than being the destination itself.

In a world where life is unnecessarily made complex, being simple and modest is the answer. When humans are bombarded each day with open and tacit messages to ‘own’, ‘buy’, ‘get’, ‘indulge’, ‘enjoy’, ‘obtain’ and ‘purchase’, those who have the courage to question, and adhere to the basic principles are the truly emancipated. Such individuals are unique, for they neither succumb to the capitalists’ propaganda nor accept the benchmark dictated by societal ignorance.

And that is real freedom.