It is a positive thing, in my view, to have an annual reminder that your spouse, parent, or child deserves that extra bit of special attention.
aaa

I grew up in a conservative Muslim family in the United States. Except for my early years as a child, we did not celebrate birthdays. We never celebrated Christmas. We didn’t do anything special for Thanksgiving. New Year’s Eve was never a proper big deal. But we always went all out on Eid.

Eid was our special day as Muslims, my father taught us. The house was decorated and we received loads of presents. My mother made special foods and desserts. We had lots of people visiting and the Muslims in our town all gathered for a special Eid celebration.

As I grew older, and later as I became a mother myself, I had no issue with continuing my own family life this way. It was the lifestyle I knew. What one knows is one’s norm. My birthday, for example, would pass and I wouldn’t even remember it. That has always been perfectly fine with me. I feel uncomfortable when too much attention is placed on me. Age, to me, has always been nothing more than a number. It is how I feel about myself inside that counts.

But also, as the years moved on, I began to recognize that I had a need to be acknowledged every now and then by the people I love.

Is it religious or cultural?

Several times a year, the Muslim community worldwide rises in an uproar about the un-Islamic nature of the many special days the mainly Western cultures of the world celebrate: New Year’s Eve, Valentine’s Day, Mother’s Day, Father’s Day, Halloween, Thanksgiving, Christmas, birthdays, and the list goes on. Bid`ah (innovation)! many shout. A long rant may follow about the pagan origins of this holiday or the Christian origins of that.

And they are right. Many of these special days do have pagan or Christian origins. But, over the centuries, those days have almost completely lost that particular significance and are, instead, cultural expressions of one thing or another. Halloween and Valentine’s Day are perfect examples.

While living in Egypt, I must admit that it has bothered me how easily and rapidly many Egyptians have absorbed some Western cultural influences into their own lifestyles. Why on Earth, for example, would an Egyptian school celebrate Saint Patrick’s Day and ask the children to come wearing green? How did this turn into something Egyptians do? Why? Were this to be done as part of a cultural awareness week this would be perfectly acceptable, in my view.

Instead, it is usually done as taking a completely foreign cultural practice and adopting it, for no obvious reason, as one’s own. While I believe it is a beautiful thing to celebrate other cultures, I have concerns, as a parent, about the importance of holding onto our own.

We live today in a world that is becoming rapidly globalized and homogenized. It is only natural that as people cross borders and then return to the homestead that they will bring some of what they have seen and experienced back with them.

I have many Egyptian friends who grew up, like me, in North America, for example, and who like to continue to celebrate things like Halloween and Thanksgiving in their Egyptian homes. They include friends who did not grow up abroad in their celebrations and thus the traditions spread. This is to be expected in our global village of today.

Yet, at the same time, one cannot but notice how these special days have been commercialized in excess, whether in their origin regions of the world or in their new adoptive countries. And it is this excessive commercialization of these days, the heavy expenditures that are involved, and the tremendous social burdens that some of these days have become that I take issue with.

I never taught my children to celebrate Mother’s Day. It wasn’t one of our holidays as Muslims and as Egyptians, I had always believed. Every day is a Mother’s Day, I told myself. Love should be given and received throughout the year.

The reality is that life doesn’t really work that way. We become engulfed in our daily routines: the washing and the cleaning and the errands and the cooking. Parents try to make ends meet and to keep the children fed. Children are busy with their studies to make sure they have opportunities in life. It is easy to forget to show special appreciation every now and then.

Other cultures are not always bad

My children unexpectedly came home from school one Mother’s Day with little gifts in their hands. One had a rose. Another had a cheap perfume. A third had a candle. And a fourth had a little teddy bear. Happy Mother’s Day! they all rushed in. 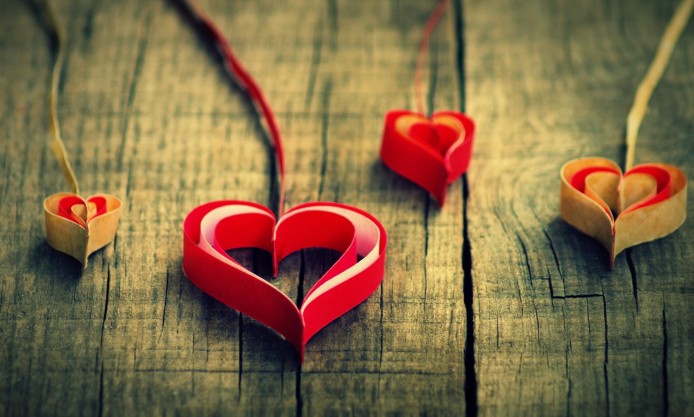 It was one of the happiest days of my life and it brought tears to my eyes. It still does. Every year since then, they take some pennies out of my always-available wallet or they’ll save up their allowance and they will get me some absolutely useless cheap gift or another. And those useless cheap gifts are the ones I cherish the most. One day every year my children conspire to do something special for me. And I love them for it.

My husband and I are currently in the UK.We discussed Valentine’s Day a few days ago.Or rather, I told my husband what I thought we should do. “No gifts,” I said. “We have lots of expenses right now and we don’t need to give and receive gifts on every occasion the year brings us.”

I also told him that I did not want to go out for a meal at a restaurant full of Valentine’s Day goers. We are in no way bereft of restaurant-going in our family anyway. “Let’s just stay in that night and have a nice dinner,” I said. My husband looked at me with gratitude and said, “I’ll cook you a nice dinner.” What more could a woman ask for?

To all those ranters out there, I say chill. Don’t turn everything into a religious battle because, many times, it simply isn’t. Yes, Eid is our special day. Yes, love should be expressed every day. And yes, it is also very easy to forget to do that with our busy contemporary lifestyles. We do need to hold onto our own cultures and traditions. But there are things in other cultures that are good as well. Strike the balance. Take the positive. Leave the negative or the irrelevant. And celebrate love a little more often.

It is a positive thing, in my view, to have an annual reminder that your spouse, your parent, or your child deserves that extra bit of special attention. What is even more wonderful is to be able to do it your own way. A way that brings joy rather than stress. A way that builds a family and brings it together rather than burdens it while supporting the industries that surround these many special days. Use it. Don’t let it use you.

My husband and I don’t always celebrate Valentine’s Day. We celebrate our love in many ways throughout the year. This Valentine’s Day he is cooking a nice meal for us and we’ll curl up on the sofa afterwards, like we always do, to enjoy each other’s company. You decide what is best for your family. A little extra special attention can go a long way.