Allah has shown me that true Muslims do care about American Muslims of color.
aaa

“Nobody cares about Black Muslims except Black Muslims,” the Arab member of the Muslim Student Association (MSA) told me. I was vice president of the MSA at the predominately White university that I attended in America, and I had suggested to the MSA board members (who were all Pakistani and Arab except myself) that we host a forum wherein we discuss the difference between the Nation of Islam (NOI) and orthodox Islam.

Many Americans did not know the significant differences between the Black-empowerment NOI organization and the authentic religion of Islam, so I felt that hosting an event to discuss the fundamental differences would be educational and timely for students and faculty at the university.

However, some of the board members believed that the topic was not appealing enough to justify an entire event—because African-American Muslims allegedly were not a group that people cared about. Though our MSA eventually hosted the event that I suggested, the board members’ reluctance and opposition to an African-American themed event continued to bother me for quite some time.

“Calling all my brothers, can I get a quick huddle?

Time out for a second, need to address some trouble.

I see so many of us on the stumble,

No goals, no direction, so affected by the slow, subtle

Devaluation of our roles.

Nobody to teach us, took the poppas out the homes,

What it means to be a man,

So it’s easy for the media to carry out their bigger plan.”

When I first saw the video “Man Up” by the artist Khalil Ismail featuring the former professional basketball player Etan Thomas, I was deeply moved. Khalil’s words “Calling all my brothers…” entreat African-Americans to consider deeply the issues plaguing their communities.

But the words touched me on a deeper level. Though they are an entreaty to African-Americans specifically, they speak to world consciousness as a whole, particularly to Muslims in America and abroad. Muslim men and women are the first teachers to their children and thus have the phenomenal power to leave an indelible mark on the psyche of Muslim youth. This cultural psyche determines how Muslim boys and girls see the “other” from childhood through adulthood.

So what was the cultural psyche of the Arab and Pakistani MSA members that made them believe that “nobody” cares about African-American Muslims? What was the cultural psyche of Muslims from various parts of the world that made them believe that darker skin somehow equals ugly and unintelligent? What was it that made Muslim immigrants to America readily cite and fight for their civil rights amidst the post 9-11 Islamophobia while continuously perpetuating in their homes, masjids, and communities the same racist and colorist ideas that sparked the need for the American Civil Rights Movement itself?

So no, the lessons African-Americans learn while addressing their community issues are not limited to American Muslims of color. They extend to the worldwide Muslim community, who could benefit from heeding the advice to “man up” when eradicating colorism and racism from the ummah. 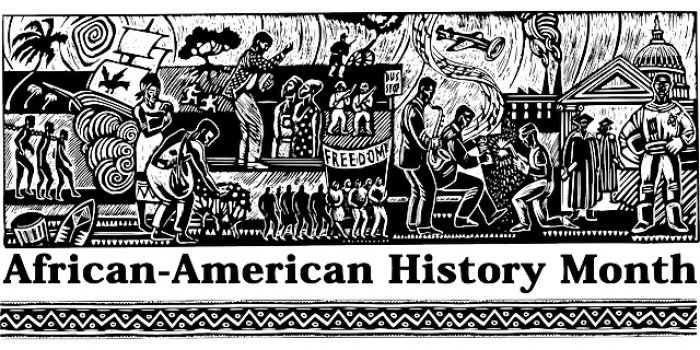 “Living Love,” a Message to Muslims of All Colors

Some months ago, I sat down with my sister and my daughter to do a video entitled “Living Love.” The video features a poem I wrote as a tribute to my parents for all that they taught me and my siblings about life and faith. I chose to share it on YouTube because I felt the message of “living love” transcended all cultures, races, and ethnicities to benefit all Muslims, and even those of different faiths.

When I was a youth, my father was a community activist and regularly spoke out against injustices suffered by African-Americans. My father was widely known for his work as an Islamic teacher in the prison system, where he met the famous boxing champ Mike Tyson who eventually accepted Islam as a result of my father’s teachings. My father worked as Mike Tyson’s spiritual advisor for years and regularly counseled famous rappers and entertainers, who were primarily African-Americans looking for spiritual direction.

Following in my father’s footsteps, I began penning poetry and reflections about current events, and while I was in high school, I wrote editorials for the local newspaper and focused mostly on moral issues affecting youth of all ethnicities and backgrounds. However, this was only the beginning for me. I visualized myself as a professional writer making a positive impact worldwide, and what guided this endeavor was my parents’ message of “living love” that inspires so much of what I write today.