If you are a Muslim in the West, have you gone through the ‘purity test’? Basically, have you ever been in a situation where you felt you have to compromise some Islamic value in order to fit in, and prove you as American or British as the next citizen?

Depending on whether you are born in the country or have migrated there, you may answer the question differently.

Muslims in the West who are children of immigrants often have to juggle three distinct identities. The first is the cultural roots of their country of origin, which in many cases is the parental baggage. The second is the way of life in the host Western country, normally more liberal and secular in the mainstream. And lastly is one’s religious identity, assuming one takes Islam as a lifestyle seriously.

Recent studies have suggested that Western-born Muslims still retain a strong link with Islam, as high if not higher than their immigrant Muslim counterparts.

A Pew Research poll of US-born Muslims and Muslim immigrants, conducted just a few years ago, showed little difference in levels of religious observance, be it fasting, prayer or wearing a headscarf, between the two Muslim groups. At the same time, both groups also expressed pride in their national identity and satisfaction in living in the US.

Struggles of Muslims in the UK

We see similar trends in the UK. An Ipsos MORI report in 2018 showed high levels of national pride and sense of being a part of the fabric of British society among British Muslims. They also largely indicate a compatibility with being Muslims and being British and do not see any tension between the two identities. Instead, the new generation of Muslims is finding a synthesis between the mainstream cultural values while retaining a religious outlook.

According to the study, “younger Muslims demonstrate more outward looking and liberal views. For example, younger Muslims have a more diverse friendship groups than their older counterparts, and are more relaxed on issues such as inter-racial marriage.”

Haris Khan, a British born Muslim in his 30s, agrees with this idea that there isn’t some clash in being British and Muslim.

“In England, yes, it is 100% easy to balance your religion and national identity, there are mosques and general tolerance in most circles.”

Strangely enough, it is those Western Muslims who are younger and born in the country that may feel especially sensitive to any sense that they do not fit in. The majority of American-born Muslims feel that discrimination against Muslims is high and have personally experienced it themselves, with the younger Muslims in the UK expressing parallel views.

Haris says the idea of feeling out of place is more circumstantial.

“Sometimes you feel uncomfortable in certain settings, like you don’t fit in, but that is a personal feeling…it can be as simple as going for Friday prayer and looking over your shoulder as you enter or leave the mosque.” 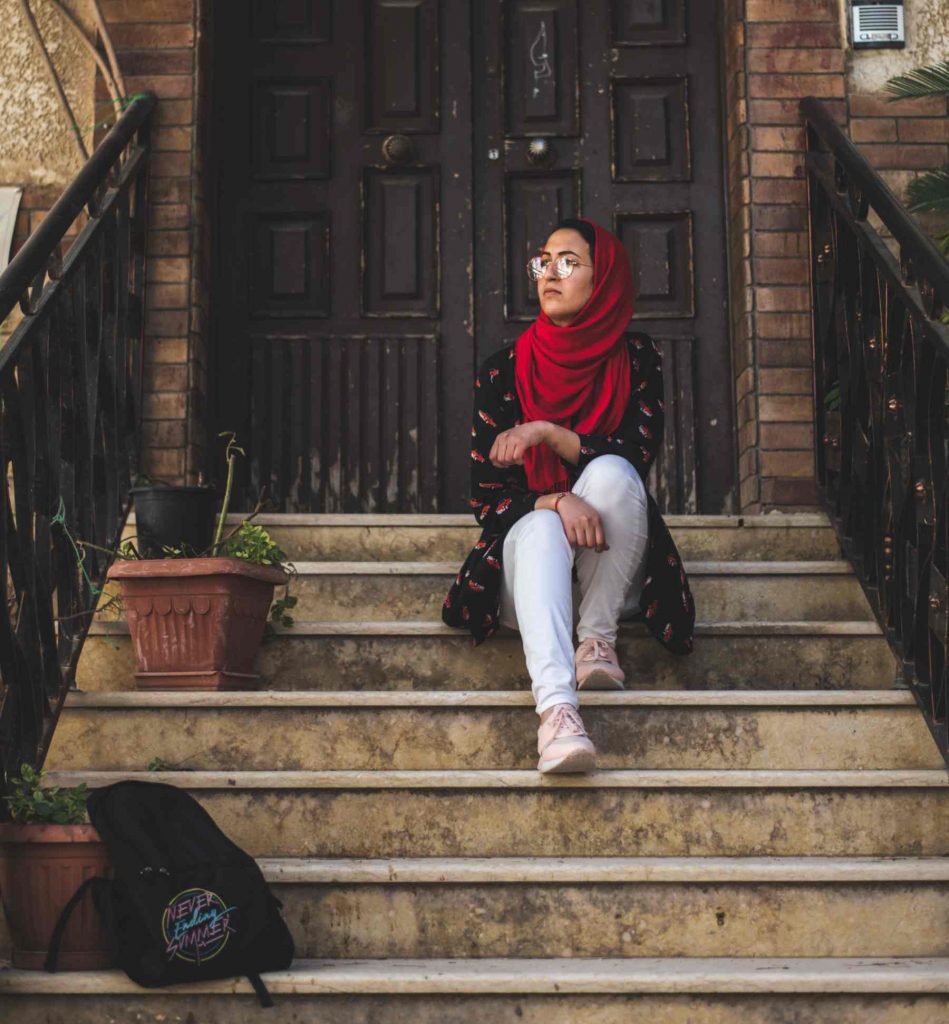 The difference in Generation Z

Compared to an earlier generation of Muslims of the 70s and 80s who were more explicitly against assimilation into the larger culture and had insular tendencies, the Generation Z of Western Muslims in the US and UK seem more encouraged to participate in civic life and represent themselves.

While these definitely are encouraging signs, it should also be noted that large Muslim populations in other Western countries, such as those of Moroccan origin in France, continue to feel isolated and out of step with the rest of larger society.

This is largely a legacy of the ghettoization of Muslim communities and perhaps the failure of the government to put forward meaningful integration policies. So while studies show that the Muslim youth have gravitated towards religion, this has not been complemented with patriotic sentiments or national pride.

Young Muslims in the West have thus far resisted bargaining too much of their religious identity, and are attempting to maintain a delicate balance. But signs so far as positive.

“I believe these feelings have been set in motion because of the world’s radical behavior that has manifested after the recession and Brexit, plus the media doesn’t help.” Haris says.

“For my generation, religious integration is better, but I would say this is because of our perspective on
religion, we seem more flexible and do better research, so I don’t see it as big as a problem as culture.” He adds.