Even in the earliest Islamic history, Prophetic society of Madinah, the Companions of the Prophet led lives that were fraught with personal battles.
aaa

Hidden pasts. Dark secrets. Tragic love. Broken hearts. These words don’t just belong to soap operas or romantic novels, to movies or non-Muslim societies. They are human themes that have spanned time, affecting saints and sinners and everyone in between.

Muslim women are no exception. In many peoples’ minds, the ideal Muslimah is a pure, innocent, and sheltered being, protected from all that is wrong and sinful, a Madonna to be placed on a pedestal and revered as a figure of incorruptible chastity.

The reality, however, is that Muslim women are human beings with desires and inner demons, just like everyone else. Even in the earliest Islamic history, in the idealized Islamic, Prophetic society of Madinah, the Companions of the Prophet (PBUH) led lives that were fraught with personal battles.

Some of the Sahaba were known for being alcoholics; others confessed to cowardice on the battlefield, the urge to steal, and more. The female Companions were not immune, either.

Some of the most powerful stories about the Muslim women of Madinah are about two female Companions who are not known by their names, but only by the names of their tribes.

Muslims Are Not Angels

It is recorded in Sahih Muslim (Kitab al-Hudud, the Book of Punishments), that there came to Prophet Muhammad (PBUH) a woman from the tribe of Ghamid. The woman approached him and said, “O Allah’s Messenger, I have committed adultery, so purify me.” The Prophet’s eyes filled with grief and he turned away from her, dismissing her from the gathering.

The next day, al-Ghamidiyyah returned and once again publicly confessed her crime. “O Allah’s Messenger, why do you turn me away?” she beseeched. “Perhaps you turn me away as you turned away Ma’iz. By Allah, I have become pregnant!”

Prophet Muhammad answered, “If you insist upon it (the punishment), then leave and return only after you give birth.”

Months later, al-Ghamidiyyah returned to Prophet Muhammad (PBUH), with her baby wrapped in blankets. She presented the child, saying, “Here is the child whom I have given birth to.”

Prophet Muhammad answered, “Leave, and suckle him until he is weaned.”

Approximately two years later, al-Ghamidiyyah returned with her child, who was holding a piece of bread in his hand.

“O Allah’s Messenger, here is my child, as I have weaned him and he can now eat (solid) food.”

Upon this, Prophet Muhammad entrusted the child to one of his other Companions, and pronounced the punishment of zina upon al-Ghamidiyyah. She was placed in a ditch that came up to her chest, and he commanded the people to come forth and stone her.

Khalid ibn Waleed flung a stone at her head, at which blood spurted forth from her and splashed Khalid’s face. Furious, Khalid verbally abused her. Prophet Muhammad (PBUH) heard Khalid’s curses and rebuked him, saying “Khalid, be gentle! By Him in Whose Hand is my life, she has made such a repentance that even if a wrongful tax-collector were to repent, he would have been forgiven.”

After she died, Prophet Muhammad prayed the funeral prayer over her body and al-Ghamidiyyah was buried.   [1](Sahih Muslim) 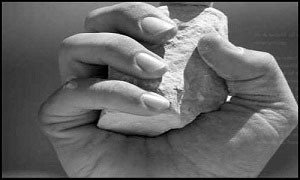 By virtue of their repentance, these Muslim women were able to elevate themselves from a position of lowliness and shame to one of honor and dignity.

“A woman from the tribe of Juhainah came to Messenger of Allah (PBUH) while she was pregnant from adultery and said to him, “O Messenger of Allah! I have committed an offense liable to Hadd (prescribed punishment), so exact the execution of the sentence.”

The Messenger of Allah (PBUH) called her guardian and said to him, “Treat her kindly. Bring her to me after the delivery of the child.” The man complied with the orders.

At last the Prophet (PBUH) commanded that it was time to carry out the sentence. Her clothes were secured around her and she was stoned to death. The Prophet (PBUH) led her funeral prayers.

`Umar questioned, “O Messenger of Allah! She committed Zina and you have performed funeral prayer for her?” He replied, “Verily, she made repentance which would suffice for seventy of the people of Al-Madinah if it is divided among them. Can there be any higher degree of repentance than that she sacrificed her life voluntarily to win the Pleasure of Allah, the Exalted?” [2](Sahih Muslim)

These were women who committed zina, a sin, which is considered to be one of the greatest sins, which has a prescribed punishment in the Shari’ah. Even today, there are vulgar words used to describe women who commit zina: slut, harlot, whore. The social repercussions for women even suspected of having committed zina is severe – even if they are, in truth, innocent.

Yet when Prophet Muhammad (PBUH) was faced with these women, how did he react? Did he curse them, shame them, declare that they were no longer fit to be called Muslim?

No. Rather, he recognized their faith and – before anything else – extended to them a way out, a merciful option which would allow them to live their lives as they had before, to give birth to and raise their children in peace. What mother doesn’t want to witness her baby’s first smile, first steps, first words? What mother doesn’t want to be there to watch her child grow up before her eyes, to provide love and comfort, to take part in the pride and joy that accompanies childhood, adolescence, and adulthood?

Instead, both these women sought forgiveness and purity from their Lord, to bear a punishment in this world rather than in the Hereafter. Prophet Muhammad (sallAllahu ‘alayhi wa sallam), in turn, shared with the entire Muslim Ummah that these were women who had made the greatest of all sacrifices: sacrificed their husbands, their infant children, their reputations, their lives… all for the ultimate Pleasure of Allah alone.

By virtue of their repentance, their acknowledgment of the severity of the sins they committed, these Muslim women were able to elevate themselves from a position of lowliness and shame to one of honor and dignity, and displayed an incredibly high standard of courage and emaan.

Through submitting themselves in humility to Allah alone, seeking His forgiveness and His pleasure, these women proved themselves to be true Muslim women, the heroines of Islam.