Essentially, the message in Islam is that of respect and inclusion towards those with disabilities.
aaa

Attitudes towards disability can have a profound effect on the psychological well-being of those affected by disability, whether it be directly or indirectly.

One way forward in addressing such attitudes towards disability lies within education. We have the responsibility to educate ourselves on disability from both an Islamic, as well as psychological perspective in order to avoid negative and unfounded attitudes towards people with disabilities so that they can be afforded the chance to live as fulfilling a life as those without disabilities.

With October founded as Down’s syndrome awareness month now is a good time to educate yourselves about Down’s syndrome and learn the facts (and misconceptions) about what it is and the impact of having this type of disability.

Beginning with the basic facts first. Down’s syndrome is an intellectual disability caused by an extra chromosome 21. Typical symptoms include mild-moderate intellectual development, delay in reaching childhood milestones, and characteristic facial features. There is no cure but there are many ways to manage the symptoms.

Labeling with an intellectual disability like Down’s syndrome inevitably partners with a host of misconceptions about the lives of those who live with such a disability. Common misconceptions generally revolve around the thought that’s people with Down’s syndrome are incapable of attaining an education, living independently or sustaining a steady job, all of which are untrue. Such assumptions are built on a model of disability that deems people with Down’s syndrome do not even have the capabilities to do so, when in actual fact, with the appropriate training and education, they are as able as anyone else to accomplish these things.

With a move towards a more integrative approach towards disabilities these misconceptions are beginning to be challenged and people with Down’s syndrome are freer to live the independent lives that they are able to, as society moves towards developing such an attitude to match this and support integration.

It has been noted that people with Down’s syndrome are now achieving more than they ever did before, and it is likely that improved social attitudes and policies of inclusion have contributed to this allowing people with Down’s syndrome to achieve what they can rather than being restricted from doing so. In fact, if we take a look to our history in Islam, whilst little is said about disabilities, we can learn a lot from these few examples that are referred to, and see that the modern approach to disability today is very much in line with what Islam encourages in the ummah.

“The Prophet frowned and turned away because there came to him the blind man, (interrupting). But what would make you perceive, (O Muhammad), that perhaps he might be purified or be reminded and the remembrance would benefit him? As for he who thinks himself without need, to him you give attention. And not upon you (is any blame) if he will not be purified. But as for he who came to you striving (for knowledge) while he fears (Allah), from him you are distracted.” (Qur’an, 80: 1-10)

Essentially, the message in Islam is that of respect and inclusion towards those with disabilities, giving them the same opportunities as everyone else, allowing for accommodations where necessary in order that the person with a disability can fulfill their Islamic obligations.

There are a number of ways in which we can also apply this to the lives of those with Down’s syndrome. Generally, with correct planning people with downs syndrome can attend mainstream education, obtain and sustain employment and live independent lives. From a psychological perspective, there are many ways to understand why this approach to disability is the best avenue to ensure the best quality of life for people with Down’s syndrome. 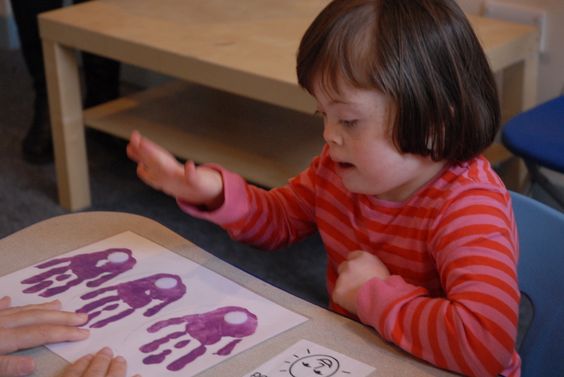 By ensuring that people with Down’s syndrome are given the opportunity to develop the same skills as everyone else, this gives them the confidence that it is possible for them to achieve the same as everyone else. The problem with treating people with Down’s syndrome like they can’t do things for themselves and either not allowing them to do something, or expecting them to perform poorly, can not only be frustrating, but in the worst case scenario lead to the self-fulfilling prophecy.

In this case, the person with Down’s syndrome will continue to live a life dependent on others and subsequently, are actually unable to live independently, not because they can’t, but because they genuinely believe they can’t due to constant babying from others around them and therefore live up to the expectation that they are unable when actually they would be with the appropriate training.

In most cases people with Down’s syndrome will meet the same milestones as everyone else and should be given every opportunity to do so. Research shows that they might be delayed in meeting these milestones, but they will reach them with the same support as people who develop at the standard rate.

From a young age, if children with Down’s syndrome are encouraged to engage in tasks that enable them to develop new skills then, insha’Allah, they will be able to achieve these things. It is this encouragement to independence that will support growth of self-esteem and self-confidence that are necessary to excel, as is the case for any one of us.

As they get older, techniques such as person centered planning is a useful technique to support the individual and ensure that planning and training is in place to ensure smooth transition through various stages such as education, towards career training and independent living. This is conducted with the individual with Down’s syndrome at the center of planning with plans being made according to their own individual needs and desires, empowering them to achieve what they want to (not what anyone else says they can). 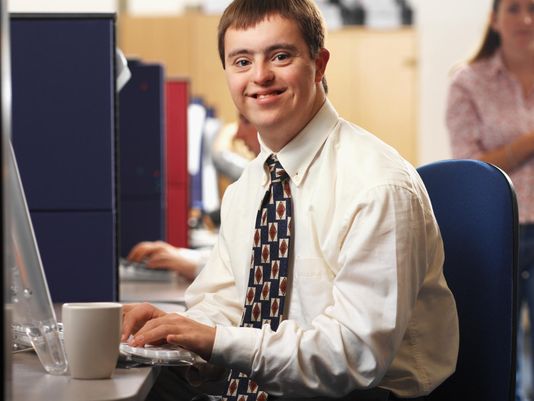 With Down’s syndrome, it may just be that a bit of extra training is required to acquire the necessary skills to live independently.

In such planning the professional can let the individual know their available options, and the family can be aware of their plans to support them in moving towards their goals. From a psychological perspective, it is this sense of control that will contribute to the individual’s motivation and consequential success in attaining their desired goals.

With Down’s syndrome, it may just be that a bit of extra training is required to acquire the necessary skills to live independently, or extra educational reinforcements are required in the educational setting, but ultimately the same goals can be reached as with anyone who doesn’t have Down’s syndrome.

Movement towards independence is a daunting prospect to all of us, even more so if there is an expectation that possibly we cannot successfully achieve it. This is why it is important for us as a society to recognize that it is possible and to support those who may have additional difficulties to achieve this, even if it is just something as simple as adopting a positive attitude towards the abilities of those with Down’s syndrome. We can achieve this by beginning with the expectation that people with Down’s syndrome will meet the same milestones as everyone else, and that they will continue to make progress at their own pace.

The ultimate message amongst this is to draw upon the teachings of Islam in adopting a more positive and inclusive attitude to those with disabilities, such as Down’s syndrome, in order to ensure their optimal psychological well-being so that they can move forward to achieve their own goals in living independent lives free from discrimination.