By holding Muslim women who wear a hijab accountable for more than just their own actions, paranoia, exhaustion, social anxiety and other mental health issues often surface.
aaa

I wore a hijab when I was too young to understand the heaviness of the decision that I was making. I was 12 and went to an Islamic school that required girls to begin wearing a veil in the 6th grade. Making the next step to wear a hijab full time seemed natural, seeing as my mother wore one as did all my friends.

It was not until much later in life that I discovered the weight of the decision I had made so early. Women in Islam are told that hijab brings them closer to Allah (swt), that it makes them safer, more respected and protects them. But what about when hijab is the reason for waves of paralyzing anxiety and when it makes every day routines like going to work more and more difficult?

For Aisha Vanbuskirk, a 26-year-old Muslimah, wearing a hijab made tasks like grocery shopping and going out for lunch, a political statement.

“I felt like I was constantly on the defense, and emotionally drained because of it. My internal dialogue was very negative and anxious and border-line paranoid,” said Aisha.

The negativity became so severe that she deactivated all social media to get away from the anti-hijab rhetoric that she felt was most prevalent online. And after nine years of wearing the hijab, she decided to remove it entirely. For Aisha, her decision was a result of the constant negativity surrounding Muslims in the media.

“I guess I was waiting for my resolve to return to me, as if the mental health issues were a phase that would pass. But the anxiety and negativity didn’t go away.”

Once she removed her hijab, she says,

“I felt ‘innocent’ of the political issues plaguing this country, I felt none of the accountability I usually shoulder. I felt like I shed all of the stereotypes in one act of removing the hijab.”

The recent spotlight placed on Islam and the hijab creates curiosity, and sometimes even well meaning strangers can trigger anxiety with questions. The constant narrative in media and public discourse is that the hijab symbolizes submissiveness and often makes Muslim appear voiceless. Entire panels discuss hijab often have no Muslim women who wear the hijab being represented.

“These types of assumptions raise the questions of exactly who has ownership of their body, and expose just how deeply rooted the effect of colonialism is in regards to safely expressing one’s tradition and culture,” says Ruba Najjar, mental health counselor. 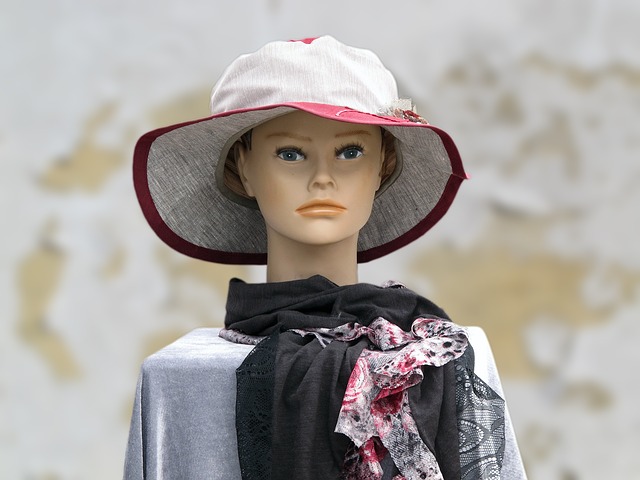 According to Najjar, the homogeneity given to Muslim women – both by non-Muslims and by Muslim men – robs them of their own identity and labels them with a uniform personality. It’s from this label that so many mental health issues arise. Muslim women are seen as the flag bearers of a religion that is often misunderstood, or represented through an extreme narrative. By holding Muslim women who wear a hijab accountable for more than just their own actions, paranoia, exhaustion, social anxiety and other mental health issues often surface, according to Najjar.

“Being a visibly Muslim woman come with its difficulties. Some of which include feelings of stigma, being unfairly represented by the mainstream media, and having to face problematic ideas such as being a flag bearer of the religion due to visibility,” says Najar.

For Aisha, removing her hijab was a way of reminding herself of the person that she is, without all the labels that come with being Muslim. “I felt like I shed all of the stereotypes in one act of removing the hijab. It’s been a full year, and this February I put my hijab back on and I feel comfortable again in my own skin, my identity is solidified after a year of introspection and growth.”

What the Muslim community needs to start considering is how they are offering support to Muslim women in a growing anti-Islamic climate. Ostracizing a woman for choosing to remove her veil is not a way of bringing her any sort of resolve.

Before passing judgment or unsolicited advice, consider the battle the woman behind the veil might already be facing. Mental health is not a topic the Muslim community discusses, but it is time to consider the emotional impacts of living in a world that associates Islam with violence; especially for women who cover and are easily identifiable as Muslim.

Read stories of other women who choose to continue wearing hijab:

Being A Confident Muslim Despite Islamophobia