The topic of sex has universal appeal. Sex is portrayed daily in various forms directly or indirectly in newspapers, magazines, cinemas, and in conversations between people.

Yet somehow, despite the fact that “everyone” is influenced by this topic, it seems that most parents find this topic somewhat “delicate” to discuss with their children.

Children of today seem to be maturing at a faster rate than a generation ago and often ask intelligent questions of their parents. Some parents do their level best to satisfy their children’s natural curiosity. Other parents simply don’t know how to handle their fast-growing kids and often assume that the less said about the subject of sex, the better.

In some homes the word “sex” is taboo, and children are often reprimanded for asking innocent questions. Parents assume that children will grow up and “they will learn,” or that the school or friends are “responsible” for sharing this knowledge. The reality is that parents who have this view are overlooking a major and significant source of correct information regarding this topic themselves!

Our children have the right to be given an unbiased view of sex, based on the Qur’an and the Sunnah of Prophet Muhammad (peace and blessings be upon him).

Studies have shown that the average teenager and preteen receive their sex education from the following sources in order of priority:

1- Friends, who may then share pornographic magazines, books, and the Internet.

2- TV and movies, which then lead to magazines and newspapers, or school (video or discussions of video), parents (through discussion of TV and movies).

Sex is a fashionable industry that changes like the flavor of the month. Sex is a topic that advertisers and marketers use very effectively to sell their products.

Unfortunately, the sources of information available to the preteen are often biased. Illusions are created that everyone is having sex in these modern times, anything goes, you only live once, so make the most of it, and it is “cool” to chew a particular brand of chewing gum or smoke a particular brand of cigarette because that will make you rich and successful and ensure that you can attract the perfect partner. In fact, the reality is far removed from the illusion that is fed to the senses of our unsuspecting youth.

With aggressive and sustained marketing, society comes to accept abnormal activities as normal. Ten years ago, what was considered abnormal, unthinkable, abhorrent, immoral, and shameful, is today considered fashionable, normal, and modern.

A typical example is that after watching a few episodes of any prime-time soap opera on TV, one gets the impression that adultery is acceptable and normal; premarital sex fashionable, and that deceit, trickery, lying, and manipulation are essential to get your man or woman, no matter what the cost or the hurt that others suffer in the process.

Furthermore, the printed and visual media create the impression that marriage is old fashioned, live-in relationships and cohabitation are in vogue, and being gay is fashionable. Homosexuality, bestiality and escort clubs (prostitution) are all normal.

We have reached a stage (through effective marketing) where certain individuals in society justify everything by their right to freedom of expression. If this is really freedom, then why do we see so many examples of the following scenarios:

1- Young adults are being infected with the HIV virus at an alarming rate. South Africa has one of the fastest growing number of infected people in the world; HIV/AIDS has reached epidemic proportions in this country. The age group that is mainly targeted is teenagers and young adults.

2- A devout mother, loyal to her husband, suddenly develops a sexually transmitted disease (such as syphilis, gonorrhea, herpes, or even HIV/AIDS); how did this happen? STD have reached epidemic proportions in America, where 40 million people are infected with some form of STD.

3- Teenage pregnancy is on the increase; girls as young as 11 are getting pregnant a child is pregnant with a child. Many teenagers are having abortions, which leads to emotional, physical, and mental side effects. 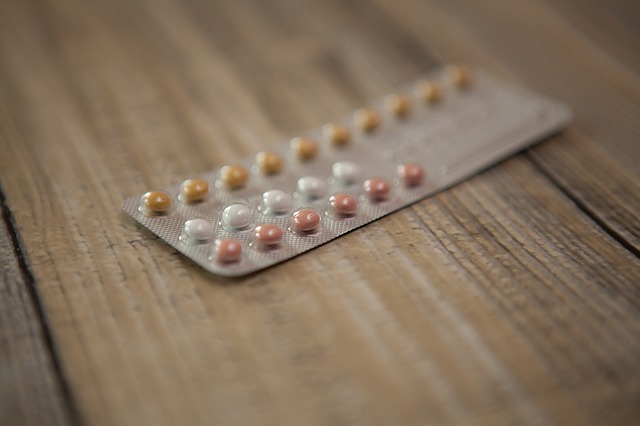 4- Girls as young as 10-12 are having unprotected sex, with devastating consequences. When questioned, these young children say, “No one told me that it is wrong.”

5- Wonderful homes break up and end in divorce because the husband (or wife) was having an adulterous relationship; the main victims in this scenario are the children.

7- Homosexuality is on the increase; acts of sodomy that were once considered an abomination against humanity, are now considered normal to the extent that gay marriages are being allowed in some parts of the world.

8- More and more relationships end up in hurt, depression, unhappiness, conflict, and regret.

The above examples show that the issue of sexual liberation has in fact enslaved the very people that it attempts to free. The sexual liberators are being enslaved in the chains of disease, depression, divorce, dissatisfaction, double standards, deceit, and discontent. Individuals, organizations, and governments are actively searching for solutions to halt this tide of immorality and its associated truckload of problems.

Recent research has shown that two-thirds of the schools in America are now promoting the idea of “no sex before marriage” and that “safe sex” is not the use of condoms, but safe sex is “no sex before marriage,” and only one sex partner for life (no adultery). Furthermore, many states in the US are promoting the idea of having pride in remaining a virgin until marriage, and many students are signing certificates vowing their commitment to this new “fashion” of abstinence.

How long will this last? Will we once again undergo a new sexual revolution? The answer to this dilemma and to all dilemmas facing any society where the fabric of society is under threat from immorality, alcoholism, drugs, gambling, crime, dishonesty, and materialism can be found in the Qur’an, which has been sent for all humanity. Its principles have a universal application for all times.

The Islamic View of These Problems

Adultery means to have sex with a person who is not your legally married partner; there are two types of adultery:

Would you like adultery for your mother, wife, sister, or daughter? If not, then why perpetuate it or condone it? There are several verses in the Qur’an and many authentic hadith of the Prophet (peace and blessings be upon him), which give clear guidance on the choices that we can make.

“Say, “My Lord has only forbidden immoralities – what is apparent of them and what is concealed – and sin, and oppression without right, and that you associate with Allah that for which He has not sent down authority, and that you say about Allah that which you do not know.”(Al-A`raf 7:33)

“And do not approach unlawful sexual intercourse. Indeed, it is ever an immorality and is evil as a way.”(Al-Israa’ 17:32)

1- Marriage is a sacred relationship between a husband and wife. When either spouse has a sexual relationship outside this relationship, this is usually done secretly; thus there is a breakdown of trust in the relationship.

2- The guilty party may contract a sexually transmitted disease, which can then be transmitted to the innocent victim.

3- The victim is usually the female. She has two options, either stay and ignore what the father of her children is doing or ask for a divorce. If the woman does not have a source of income, she either has to return to her parents and thus be a burden on them, or eke out a living and thus raise her children in poverty.

4- Children are the innocent victims in divorce. They bear the brunt of the constant fights between their parents and grow up with emotional and psychological scars.