Many young girls dream the fairy tale of meeting prince charming, marrying him and living happily ever after. After all, this is how Disney movies prime us to think of the ideal reality and the perfect life scenario.

Well, this is the reality for Meghan Markle who will be marrying a prince soon this month; Prince Harry from the British royal family.

These are exciting times for many people, especially supporters of the royal family, but it seems that some people are taking this excitement to the next level and becoming unhealthily obsessed with the event, to the extent that it could be detrimental to their mental health.

Mental health concerns have been raised by some fans’ deep fascination with the UK royal family, which seems to be at an all-time high in the months since Harry and Meghan announced their engagement in December 2017.

You might think it strange for someone to become so obsessed with the royals of all people, especially if you hold little regard for the royal family, but the same principles can apply to obsessions with anyone, not just the royal family; celebrities in general, your favourite scholar and even bloggers and  popular people in your social circle.

These days, people are obsessed not just with TV personalities anymore, but now with real people. The internet allows us instant and intimate access to a person’s life from all corners, even to people we don’t even know.

Regardless of your own personal opinions on the upcoming wedding, ask yourself these related questions; how many people do you ‘follow’ on Facebook, Instagram or Twitter?  How many of these do you actually know personally? And how much do you know about them, yet they know nothing about you? This is what is known as a one-way relationship, or a Parasocial relationship.

Parasocial relationships usually relate to those that one holds with a person who is completely unaware of them. The majority of these types of relationships are held with celebrities or well known people, however, in this day of easy accessibility to anyone, this can extend beyond to anyone who has a social media account.

Why do people have parasocial relationships?

Historically, parasocial relationships were viewed as pathological and a symptom of loneliness, isolation and social anxiety.

Today it can be considered that such relationships are actually not always unhealthy, in fact, they can be somewhat beneficial in some ways as they can provide a sense of companionship, protecting one from feeling lonely.

These relationships can also provide comfort and support during difficult times and therefore it is possible to gain some strength from these relationships, especially in the case where the person is able to feel like they identify with them and a good role model is provided in dealing with difficulties positively.

However, there are also times when they can easily slip into the realm of being unhealthy.

When is it a concern? 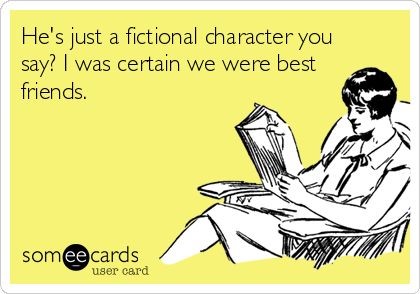 Whilst parasocial relationships can be beneficial, it is important to be aware that under certain circumstances they can become unhealthy.

Parasocial relationships become unhealthy when they prevent people from having real relationships; when they live in a fantasy world, losing touch with reality, with the belief that the other person is actually a genuine friend and that they really know them.

Further warning signs are when the relationship takes up a lot of their time checking out the other person’s profile, reading about them and constantly checking for updates. This becomes especially concerning when the relationship in question is pursued at the expense of spending time with their family and loved ones.

Such behaviours, in the most severe case could even constitute antisocial personality disorder. This can further lead to withdrawal and lack of engagement in other activities, instead preferring to remain online looking up the person with which the parasocial relationship is held.

There have been some cases where such relationships have caused obsessions resulting in stalking and mental illness that has, in the worst case scenario, led to murder, such as that of Jill Dando in 1999.

It can also become an issue when they constantly compare themselves to the other person seeing them as a model of being perfect. This might lead people to feeling imperfect and as a result, develop disorders such as body dysmorphic disorder when comparing themselves to them physically, for example.

What can be done to reduce the associated risks?

In order to avoid these types of relationships becoming an issue that could potentially become a mental health problem, it is important to take time away from the internet, even limiting the time to a set period each day if it is feared that it could become a major problem, resulting in the above mentioned issues.

Furthermore, spending time with other real people on a regular basis to keep in touch with reality reduces the risk of parasocial relationships becoming g unhealthy.

Exercising also protects from the sedentary nature of spending too much time sitting down online. It also provides a healthy distraction from the online world that can all too easily promote the development of parasocial relationships to an unhealthy extent.

So, whilst at first glance it may seem ridiculous that people can become so obsessed with the pending royal wedding leading to mental health issues, if we consider the nature of how such obsessions can develop we will realize its dangers.