The Prophet's Mosque (Masjid an-Nabawi) as it is today.
aaa

Since its inception, the Prophet’s mosque in Madinah functioned as a community development center. It performed numerous religious, educational and socio-political roles and functions.

It was a center for religious activities, a learning center, the seat of the Prophet’s government, welfare and charity center, a detention and rehabilitation center, a place for occasional medical treatment and nursing, and a place for some leisure activities.

Concerning the notion of the mosque partly functioning as a detention and rehabilitation center, many aspects of such a role remained shrouded in a number of ambiguities.  Not only were male captives kept in what can be dubbed as the mosque’s detention center, but also the female ones. For the latter, an enclosed space near one of the mosque’s entrances was designated.

Furthermore, it is reported that a man called Thumama Ibn Uthal from the Bani Hanifah clan in Najd was captured and fastened to one of the pillars of the mosque. However, the Prophet (PBUH) later ordered some of his people to release him. The man thereupon went to a garden next to the mosque, took a bath and entered the mosque proclaiming shahadah, i.e., he embraced Islam.

But, why within the mosque?

The benefits of having a detention center within the mosque’s realm were two-fold. First, it ensured safety and fair treatment of internees – generally war prisoners; and secondly, it helped them to slowly and via some hands-on experiences come to terms with what Islam and the Muslims were all about and what they really stood for, taking into account the mosque’s both spiritual and societal significance.

This resulted in many a detainee to be won over by the life and demeanor of the Muslims and to eventually accept Islam.  In other words, the place was not a detention center per se. Rather, it was a spiritual and psychological rehabilitation center never excluded from the ever-increasing scope of da’wah (propagation of and calling the people to Islam).

A person is to go to a detention center as a criminal or an offender, but when he or she comes out, he or she should come out as a rehabilitated and a normal positive thinking citizen.  When Thumama Ibn Uthal – whom we have mentioned earlier – embraced Islam, having spent a couple of days tied in the mosque as a prisoner, he said to the Prophet (PBUH):

The first in Islam who is believed to have had real detention centers was the fourth caliph, ‘Ali Ibn Abi Talib. As for the three of his predecessors, Abu Bakr, ‘Umar and ‘Uthman, they followed the custom of the Prophet (PBUH) in making the principal mosque function as a detention center.

Of the three, only ‘Umar is said to have once bought a house in Makkah to function as a detention center. He bought it from a companion of the Prophet (PBUH), Safwan Ibn Umayyah, for four thousand dirhams.

Even this, however, was nothing new. During the time of the Prophet (PBUH), the house of Ramlah bint al-Harith al-Najjariyyah, apart from serving as one of the houses in which some of the Prophet’s guests or visiting delegations used to be accommodated, once served as an interim detention center too.

In it, the members of the Jewish tribe Banu Qurayzah — around seven hundred in all — were imprisoned after the judgment that their men were to be slain, their property to be divided, and their women and children to be made captive, had been passed on them, until the same was executed at least one day later.

The Prophet (PBUH) gave Banu Qurayzah this treatment because of their treacherous acts against the Muslims during the petrifying battle of the Ditch (al-khandaq) when the very existence of Islam and the Muslims was put in jeopardy, in spite of all the peace and collaboration treaties that existed between the Muslims and the Jews.

Much more than a mosque

It was due to this particular role played by the Prophet’s mosque that the Prophet (PBUH) once wanted to tie a strong demon from the Jinn to one of the mosque pillars, having earlier caught him.

“A strong demon from the Jinns came to me yesterday suddenly, so as to spoil my prayer, but Allah enabled me to overpower him, and so I caught him and intended to tie him to one of the pillars of the mosque so that all of you might see him, but I remembered the invocation of my brother Sulayman (Solomon): “And grant me a kingdom such as shall not belong to any other after me,” (Sad, 35) so I let him go cursed.” (Sahih al-Bukhari)

For the same reason, indeed, a companion Abu Lubabah Ibn ‘Abd al-Mundhir tied himself to one of the pillars in the Prophet’s mosque, after indicating to the Jewish tribe Banu Qurayzah, which the Prophet (PBUH) and the Muslims had besieged for days for the reasons earlier given, that if they surrendered they would be killed.

Abu Lubabah was formerly an ally of the Jews and they consulted him about surrendering. Having hinted at their likely fate, he regretted it very much believing that he had breached the limit and in certain ways betrayed the Muslims. He then tied himself in the mosque and refused to be set free until his repentance was accepted, which eventually came to pass. 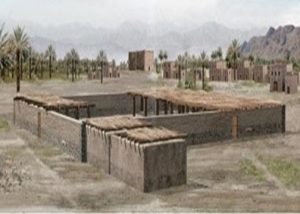 An artist’s rendering of the Prophet’s Mosque.

Abu Lubabah remained at the pillar for some ten or fifteen days. Before every payer, or whenever it was necessary, his daughter would come to untie his bonds. Then after he had prayed, he would ask her to bind him once more. Subsequently, the pillar, which Abu Lubabah had tied himself to, became known as the Pillar of Repentance (Ustuwan al-Tawbah).  At the time of the Muslim military expedition to Tabuk, there was a group of ten men who failed to march with the army along with several other groups.

Each group had its own reasons for the default. The Qur’an says about them:

“Others (there are who) have acknowledged their wrong-doings: they have mixed an act that was good with another that was evil. Perhaps Allah will turn unto them (in mercy): for Allah is Oft-forgiving, most Merciful.” (al-Tawbah: 102)

This article was originally published at Islamicity.com

It is an excerpt from the author’s book titled “The Prophet Muhammad (PBUH) and Urbanization of Madinah”. 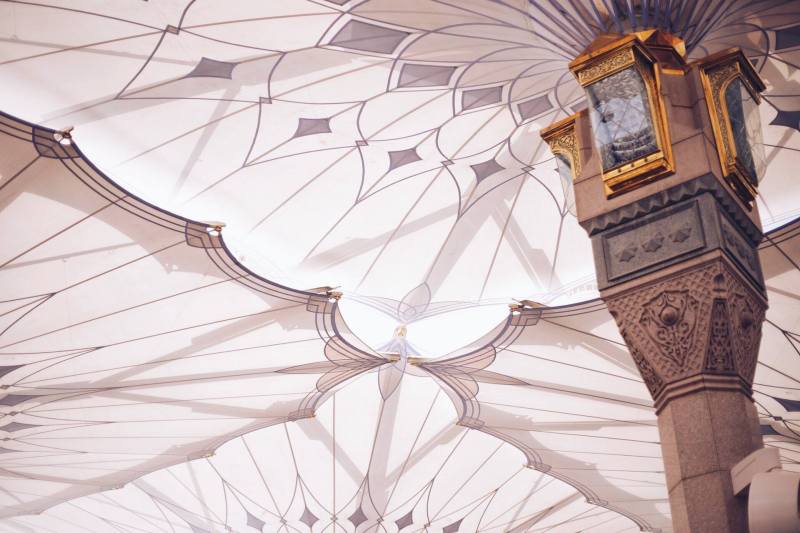 25 Most Beautiful Pictures of Prophet’s Mosque 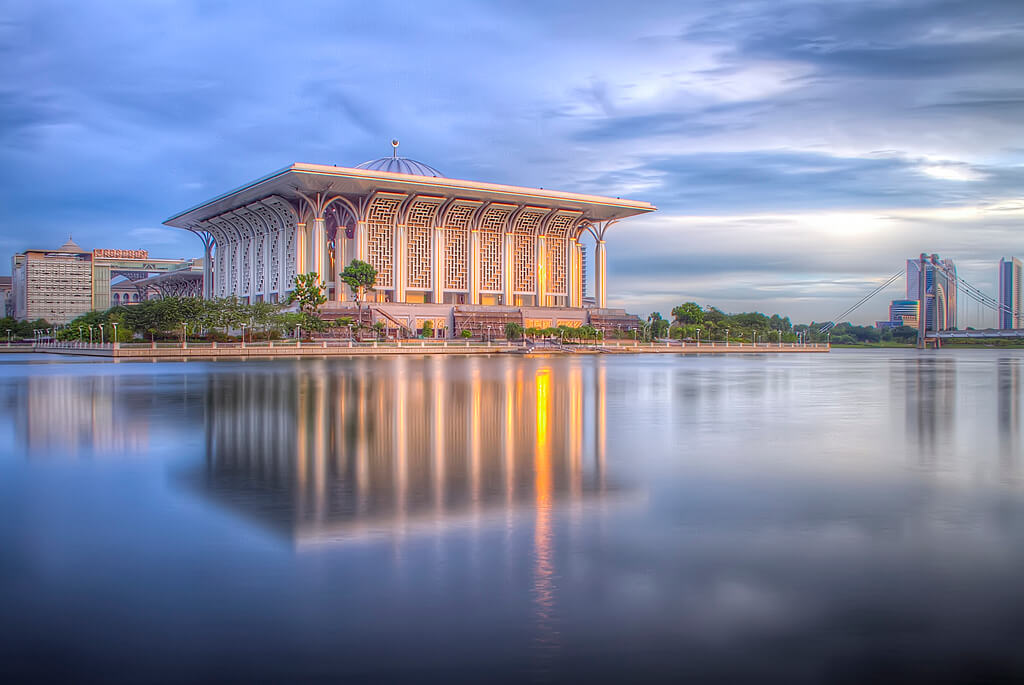