“I was married when I was only 12,” she said calmly and matter-of-factly, as we all let out small but audible gasps of surprise, “..when I was still studying in school. I was informed that I wouldn’t be enrolling into the new academic year.”

She paused to reflect, then went on, “My teachers were in shock. They tried talking my parents out of it, citing my zest for knowledge as the reason to delay my marriage and to let me study, but to no avail. The decision had been made.”

“When I had my first baby at 13,” she continued, “my uterus suffered some complications that I never really recovered from, even though I went on to have four more children. To this day, I have an irrepressible desire inside me to learn and study, because the chance to seek knowledge was taken away from me too early during my childhood.”

I heard the above account firsthand during my hajj journey, from a mother of five (and a grandmother of several) who was on hajj with us,- an extremely righteous sister who was not yet fifty years old.

Her intention in talking about this was not to highlight the negative aspects of her early marriage, but as an explanation after we probed her about why and how she managed to attend so many religious classes and courses, and have such deep knowledge of the Qur’an.

Ironically, her early marriage became the spur that eventually drove her strongly towards seeking the knowledge of Deen in adult life.

Not an Uncommon Cultural Practice

I hail from a country where prepubescent children are routinely and indisputably married off by their parents, especially among the rural, less educated populace. This happens more often with girls, mostly without her prior knowledge or consent.

Early marriage of girls comes in handy for the elders of a rural tribe to compensate for losses, solve tribal feuds, and avenge crimes or offenses committed by the men of a clan.

For example, if a young man is caught and convicted of beating up and crippling the son of so-and-so villager, the local community elders might come together to judge the case, pass a verdict, and execute “justice” for this crime. They might rule that the culprit marry off his child sister to the father of the victim, as compensation. Once that is done, the dispute is considered settled, and the victim’s family is considered requited.

Innumerable girls are wed off this way, without their prior knowledge or consent, in order to relieve the financial burden of rearing them and protecting them as soon as possible, or to form new ties and alliances that will build bridges between clans, especially in rural Pakistan.

It is also not uncommon for young boys to be married off in this manner by their elders, usually to cousins, or daughters of relatives, in order to make sure that the family’s wealth stays within a clan.

Because, according to most local man-made laws, only sons inherit wealth, across most of the length and breadth of the “Islamic” state of Pakistan, including the educated, urban social class.

Child Marriage is Allowed in Islam

Before we start acceding to propaganda and biased media hype around early marriages, let us first submit ourselves, no matter how difficult it might be, to the fact that Islam has allowed a child to be married off by their parents or guardians, even before puberty.

The consummation has to be delayed until the child hits puberty, as Prophet Muhammad (peace be upon him) did when he married the 6-year-old A’ishah, although the nikah kataba (marriage contract) can be undertaken prior to it.

However, child marriage in Islam is subject to conditions, the first and most important of which is that the child consents, readily and wholeheartedly, to the union. Of course, in order for such a child to consent to the marriage, a few more things become necessary.

The first, that their consent must be sought by their guardians before the marriage takes place, without even the slightest use of manipulation, deceit, coercion, emotional blackmail, or force.

And the second, that the child is educated in detail about what marriage entails; what their rights and responsibilities are in the union, and how their life will change after their marriage.

Blame Culture for Transgression, Not Religion

It is well known that marriage is the only permissible solution that Islam offers for the satisfaction of biological urges, in both girls and boys.

When marriage is entered into with the right intentions i.e. to complete half of one’s Deen and to safeguard one’s chastity for the sake of Allah’s pleasure, it becomes a source of peace, blessings, joy and spiritual growth.

However, when a child is forced to marry for fulfilling the parents’ selfish, material motives, viz. to safeguard the family wealth from getting into outsiders’ hands, or to offload the burden of financial responsibility of a daughter, the marriage doesn’t produce joy and blessings.

Rather, since it was executed as a form of injustice towards a weaker party (i.e. the children involved in the union) to fulfill the ulterior motives of those in power and authority (viz. the parents and other family elders), it remains devoid of Divine help, the effects of which can be quickly seen in the marriage itself. 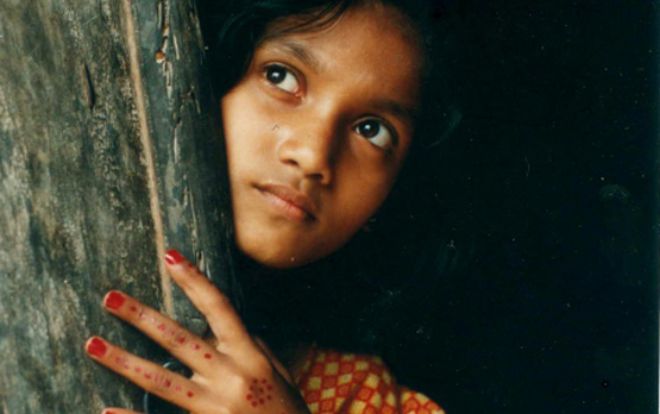 Instead of turning our critical eye and lashing tongues towards the shari’ah of Islam, for having allowed a child to benefit from a beautiful and sacred union early on in life, which purges the desire to commit adultery from their life and allows them to become responsible individuals as soon as they start to mature, we should instead blame and condemn only the oppressive cultural practices related to forced child marriages, which allow those occupying positions of authority to manipulate the lives of innocent children, just to serve their own selfish motives.

A Cursory Look at Modern Day Ethos Regarding Sex

If it were true that early marriage is wrong in totality, per se, because a child who is aged 13-18 is not physically ready for sexual relations, then consensual, premarital teenage sex, teen pregnancies, and campus contraceptives wouldn’t be a glaring reality.

In fact, a normal and healthy male or female homo sapian is ready and willing to partake in conjugation as soon as they hit puberty. Islamic marriage is the only permissible option for those who wish to satisfy their urges the halal way.

So before anyone lambasts religion for allowing early marriage under careful parental tutelage, they should instead cast a cursory glance at the statistics of the fashion, modeling and adult entertainment industries: in which early teenagers are considered qualified and ‘mature’ enough to use their sex appeal and ‘perform’ for an audience; to become legally emancipated; and to professionally earn money, become self-sufficient and independent.

Surely children of such an age can be deemed able to handle an Islamic marriage and parenthood as well – and succeed at it.

It’s all about differentiating deceptive illusion and reality.