DALLAS — The normalization of hijab by non-Muslim businesses started many years ago but it wasn’t until recently that I felt like it was inclusive. I mean a hijabi in these parts gets many side glances, puzzle looks, some commendable friendly smiles every now and then, and also many stern to blank looks. What can you do? It’s a jihad.

But walking my son to the mall playground and seeing a young African American teenage girl displayed in front of Justice; a popular department store for tween girls made my day.

Imagine my genuine surprise and happiness. I thought, “My direct niece or future daughter insha’Allah will perhaps escape an identity complex if hijab continues to be normalized and inclusion follows its course.” 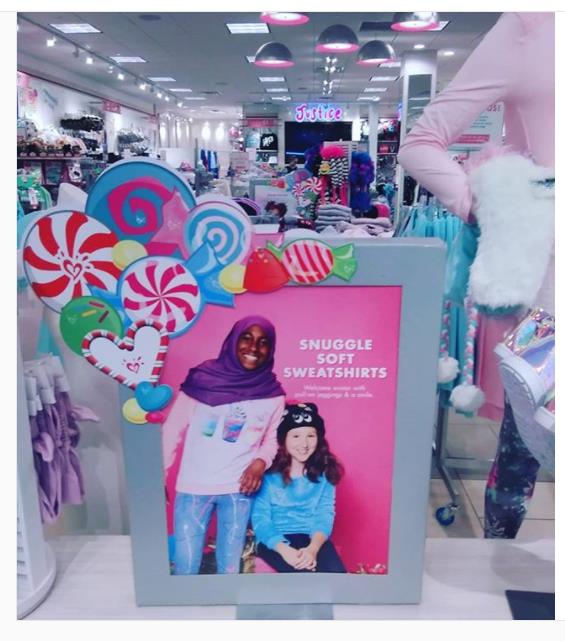 Wishful thinking! But that’s not all. Not too long ago, during our same homeschooling routine, we stopped at the mall playground again so my son can play outside and interact with children his age. You won’t believe it! I saw another inclusive ad at the Apple store. I stopped in my tracks, amazed, shocked, and highly phased all at once.

I feel much better that I have curated these instances where diverse and minority hijabis made highlights locally. So, as the country or world is polarized about women who wear hijab and even speculates on their freedom and intelligence, isolated events like these give me hope that our voice is being heard. 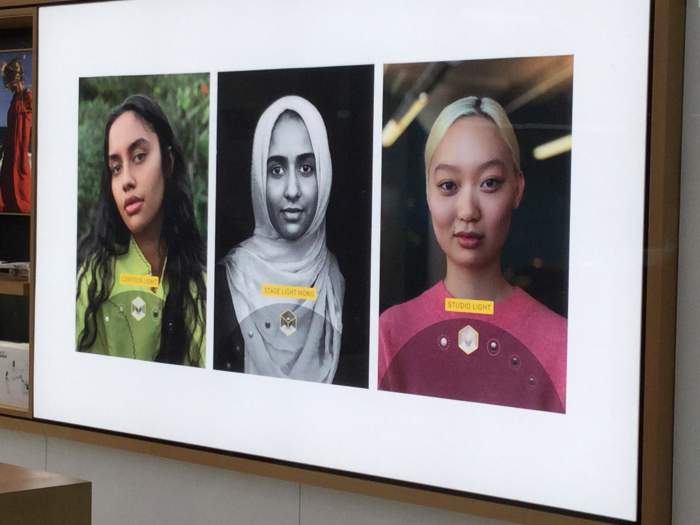 They have finally started to unveil the truth about us; we are above all human with diverse needs, passions, and goals. Whether or not, it’s being commercialized or opinions are being made about us, it doesn’t matter. What matters is that we’re moving forward and making ground breaking changes day by day.

Jamilah Thompkins-Bigelow is a children’s book author of Mommy’s Khimar. When asked how she felt about the normalization of hijab as seen lately, she said,

“I think it’s incredibly important for Muslim children to see themselves in mainstream places—in books, movies, and other media—and that they should see themselves just being who they are. Too often, people write about Muslims (hijab, especially) in polarizing ways. This can make a child feel like who they are, is wrong in some way—that their very existence is contentious.

In Newbery Medalist Matt de la Peña’s new picture book, LOVE, he includes a girl wearing hijab who is exploring the concept of love just as other diverse characters in the book do. Such simple depictions send a powerful message to all children: we are all included, we all have a place here, and there is no contention in that.

Bengladeshi-American Author, Rumki Chowdhury, also relates to us her experience.

“A large billboard image advertised a female model in black attire and a black hijab, in the heart of Stockholm, outside of Sweden´s biggest department store called, Åhlens! That is what I saw as I went down the street of the busiest shopping street of Stockholm City in 2016. As of 2018, the Muslim population in Sweden is gradually growing, but only recently have I discovered an increase in the tolerance of the hijabi.

2016 also meant the year that the theatrical play in which five Muslim hijabis shared their biographies of their brush with prejudice, center-stage, all over Sweden and at the most popular Swedish theater, Dramaten, Stockholm! I went to watch this play and met the inspiring actresses.

Critical acclaim for “Swedish Hijabis” splattered the pages of local and national newspapers, news stations and radio stations. And then there was I, who had been working in a Muslim school for two years before transferring over to teach at an International English School, wondering if the possibility was even there for a hijabi.

So, I told myself, the same thing that I said in one of my Hijab Diary videos on YouTube; I reminded myself that perhaps, the interviewer sitting across from me is most likely feeling the exact same way as I am…tentative for many reasons. I wondered if my hijab was normal enough, I wondered if the “normalization” of the hijab was present enough and… it was!

I got the job and I am still there alhamdullilah. On February 1st, 2018 for World Hijab Day, I will be celebrating it with my non-hijabi colleagues: I will be reciting poetry from my latest free publication, an anthology entitled, Unveiled which surrounds the hijab. I feel accepted and treated like a unique individual.”

The hijab effect is polarized indeed and Native-born American author Khadijah Abdul-Haqq has plenty to say. In her own words,

“Philadelphia in Pennsylvania is commonly called the Mecca of the West. Every year, Muslims migrate to Philadelphia to be a part of the city’s Muslim community. It is not abnormal to see women wearing hijab working in a hospital on various levels or inside of a bank on equal levels. When there is hijab prejudice in Philadelphia, it is covert like something that can be misconstrued as something else like a simple “misunderstanding”.

However, overt hijab prejudice is at a minimum. Hijab in Philadelphia is as mainstream as it gets in the States. Then, I moved to Memphis, Tennessee. This city is the complete opposite of Philadelphia whereas there are very few hijabs that can be spotted in the marketplace or in other public spaces. Moving here felt like a time warp from an early period of Islam in Philadelphia.

In Memphis, the prejudice is as overt and obtrusive as it gets. People screaming obscenities from their cars, receiving below average service at the store and having to explain to every public municipal worker that I’m a Native-born American who happens to be Muslim. Truthfully, having this knowledge does not increase them in their customer service; it only confuses them even more.” 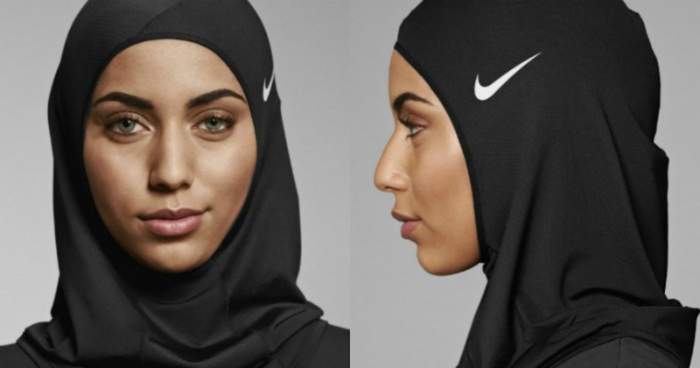 Abdul-Haqq goes on and adds more jarring details. “As of recent, Nike has released its burkini and American Eagle has released its cotton jean hijab, and the internet went crazy. Islam is going mainstream were the sentiments, and for a moment I bought it. I thought maybe it was close to the day where my daughters could purchase Muslim permissible clothing at their favorite’s department stores without gluing together a hodgepodge of clothing to don their perfect style; that maybe America finally sees the American hijab-wearing Muslim as part of the fabric instead of aliens.

Then there was the story of the woman who had her face smashed in while dining at a famous restaurant chain; another woman who was choked during an attack of someone trying to snatch her scarf off and other hijabi attacks.

The daydream became clear that Nike and American Eagle’s ability to capitalize off a forbidden population was not a symbol for hijab freedom but a chance to cover all available markets, and that the struggle for the American Hijabi would continue to be fought at a grassroots level by everyday women and girls who just want to be left alone to be Muslim and do what their religion calls for, wearing hijab. My hope is that maybe, just maybe my book Nanni’s Hijab can be a part of that empowering movement.”