Abuse in relationships is not only black eyes, bruises, and broken bones. With the exception of traumatic brain injury in Muslim victims, it’s often the abuse hidden from plain view – like financial, verbal, and spiritual abuse – that does the most damage to victims long-term.

However, it’s the spiritual abuse we experience in a relationship that can leave us doubting ourselves, our goals, and even our belief systems – changing us for the worse and leaving lingering invisible scars over time.

What is spiritual abuse?

In a spiritually abusive relationship, the abuser uses so-called religions principles to exert power and control over their victim.

In Muslim relationships, this was concisely explained by the late Dr. Sharifa Alkhateeb in her powerful Muslim Wheel of Domestic Violence. Dr. Alkhateeb is no longer with us, but her research and contributions towards illuminating these abusive dynamics live on.

The spiritual abuse wheel is an Islamic adaptation of the very similar Power and Control Wheel developed by the Domestic Abuse Project of Duluth, Minnesota. It shows some of the ways that religion is often distorted by abusers to justify and support the abuse of both women and children. It’s also a useful tool for understanding what spiritual abuse looks like in Muslim relationships.

Spiritual abuse entails exerting power and control over a victim using religion as an excuse or explanation to abuse. It can be exhibited in many ways:

Isolation is typical emotional abuse technique used on Muslim victims, and all victims, of domestic abuse. It works well because it prevents victims from reaching out to others to get the help and support them need to end or escape their abusive relationships.

In the case of Islamic spiritual abuse, a husband may use his status as the “qawwam” (protector and maintainer) of his family unit to argue that he has a right, given by Allah, to dictate what his wife does with her time. This may include where she goes, who she interacts with, and even what she reads or thinks.

In spiritually abusive relationships, the woman may have to ask permission any time she wants to leave the house – even if it is to go grocery shopping, attend a doctor’s appointment, or visit her own family. It’s also possible that even if a woman’s marriage contract explicitly states that she is to have full autonomy and freedom of movement; a spiritually abusive husband will ignore the stipulation.

Abusers will do everything in their power to pretend that the abuse just isn’t happening. They also work to convince the victims that they’re making a big deal out of nothing.

This trivializing, denying, and minimizing of abusive behavior can also include bringing children onboard to lie about the abuse, or denying the abuse by calling it by another name, like “discipline,” when it’s still just abuse of adults and children in the home.

Blaming abuse on the victim

In a spiritually abusive relationship the abuser may blame the victim. He may claim that the victim “caused” the abuse or invited it by her behavior. This can leave the victim to doubt her actions and intentions in their relationship. Over time, a victim can start to believe that the abuse is her fault entirely. She may try desperately to change herself to fit what their abuser wants her to say, do, think, or feel – losing herself in the process. 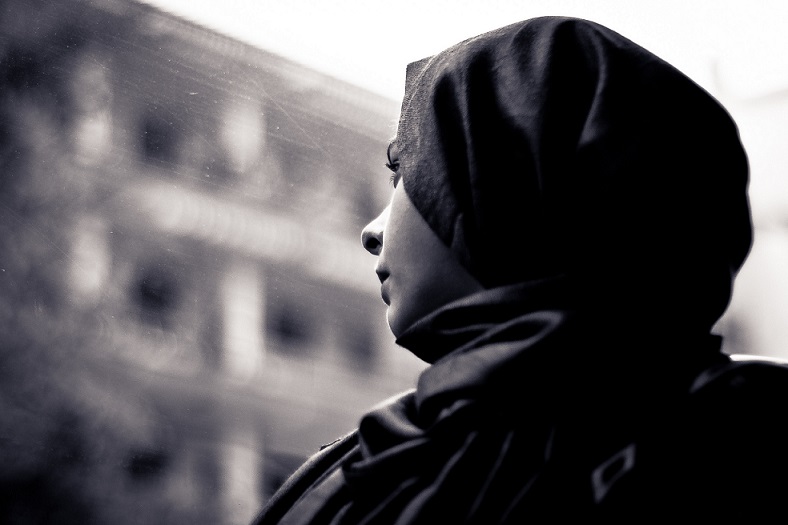 In a spiritually abusive relationship, the victim may be told that to speak up about the abuse is a breach of a victim’s Islamic responsibility to respect her husband’s privacy.

According to her abuser, or those supporting him, if she tells anyone about the abuse she’ll be condemned by God for her insolence. This is a wholly incorrect understanding of the concept of “covering one another’s sins” in Islam. Unfortunately, using religion to justify ongoing domestic abuse is spiritual abuse – and it should be labeled as such.

Speaking up about oppression and abuse is not only allowed, but encouraged in Islam.

Allah has mentioned, in his chapter Surat l-nisaa (The Women) that He does not like the public mention of an evil “[…] except by those that have been wronged […]” [Quran 4:148].

Allah makes it clear that He likes the public mention of evil by those who are being oppressed and abused. This makes having a voice perfectly allowed Islamically – despite how strongly those in power would prefer to keep their abuses in the dark.

Speaking out about oppression and abuse is absolutely necessary to keep our communities safe, sane, and on the straight path.

It’s crucially important for victims of abuse to reach out and share about what they are experiencing, or have experienced in the past, to call attention to domestic violence in Muslim communities. By sharing their experiences, victims can help each other learn and heal. They also can get the assistance and support they need to move forward.