In the first part of this article, the counselor gave examples of 2 cases that suffer from obsessive compulsive disorders (OCD).

In this part, she will analyze the mentioned cases and explain more about the different types of Obsessive Compulsive Disorders.

The obsessive-compulsive symptoms are not attributable to the physiological effects of a substance or another medical condition.

In Ahmed’s case, it was detected as he had Hypochondrias type OCD.  Therefore, his persistent visits to numerous doctors in order to check for cancer (a brain tumor) were eventually flagged in the system as a possible mental health illness.

However, this excessive behavior reduced his anxiety only to an extent.  As Ahmed is in the medical system, as well as a resident medical student, his OCD may be addressed due to social and career constraints.

On the other hand, Fatimah, who suffered from Checking Behavior type OCD, will likely go on for years suffering from her OCD, as checking behavior is not that apparent unless the person lives with someone who notices the excessive behaviors, or if it begins to severely interfere with her schooling or job.

There are many types of OCD and each serves a purpose relating to an initial thought.  Some are related to fears of becoming ill, fears of violence, fears of sexual behaviors, fear of germs, fears of irresponsibility and so forth.

The action or act to reduce the ensuing anxiety such as washing one’s hands 20 times a day, or repeatedly checking something (if the oven was left on), or counting up to a certain number, or passing through a door way an exact number of times repeatedly, before finally going through, organizing your desk (not wanting to, but HAVING to, to reduce anxiety) until everything is symmetrical, and looks “just right”, as well as avoidance behaviors are all part of the OCD continuum. (2).

OCD produces both thoughts/images and actions/behaviors.  Intrusive thoughts or images can include “thoughts about making mistakes, harming someone, contamination, disease, religious preoccupation, fears of impulses or desires, or just about anything that you might consider dangerous, disgusting or dirty.

Examples of obsessions are, “I made a mistake at work and it will blow up on me”, “I touched the chair and it’s contaminated”, “I had a violent fantasy and now I will lose control”, “I left the gas on, the doors unlocked, ” or “I did something that God will punish me for”.

Once you have the intrusive thought, you begin looking for more examples of these thoughts” (3).

While most people with OCD realize that their obsessions are not based in reality, they only find relief in their compulsions or rituals.  For example, getting up and sitting down repeatedly at the dinner table, until the “just right” feeling is reached, is not an action that people normally do.   Thus, the person with OCD realizes that this ritual of trying to find a “comfort zone” in this manner is irrational, yet they cannot prevent themselves from doing it.

There is often a fine line between thought/behaviors and OCD.  For example, someone who likes a clean home may spend several hours cleaning it.  Someone who is orderly and dislikes clutter may ensure everything is in it’s proper place and looks orderly; someone who works in the health care profession may wash their hands many times a day.

However, numerous reports state that the determining factors which “cross the fine line” prior to a DSM-5 diagnosis, is that the frequency increases, the actions cannot be comfortably stopped or thoughts have become increasingly bizarre.

While OCD is not a new disorder, it appears to some therapists that there is an increase in OCD diagnoses.  Beyond OCD (4) states “There were no consumer books written about OCD until the late 1980s.  Until relatively recently, information was not readily available on the Internet.  And just decades ago, research on OCD was virtually nonexistent.

As a result, few tools were available to help professionals understand OCD.”  Given the lack of information in the past for professionals as well as consumers, OCD remains consistent in its prevalence, however in the past few decades we may be hearing more about it, as its clinical presentation is better understood.  Further, studies on OCD and etiology show that OCD may run in families (genetic) and it may be biologically based. 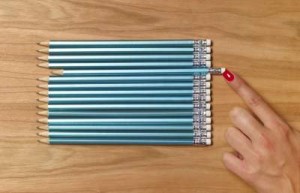 While most people with OCD realize that their obsessions are not based in reality, they only find relief in their compulsions or rituals.

TeensHealth (5) reports that 3 in 100 people have OCD.   They also reported that the flow of serotonin in the brain may be blocked, causing misinformation which leads to fears, doubts and false alarms.  Additionally, “imaging studies of the brain have shown that people with OCD have different patterns of brain activity than people without OCD”.

Muslims are more likely to suffer

As research on OCD is relatively new in comparison with major disorders (i.e. major depressive disorder) we have much to learn about its etiology.  Of special interest for Muslims, due to the rise in Islamophobia, is the possibility of environmental factors and OCD.

Regarding environmental factors, there are various proposed factors, but not yet concrete theories, on what triggers dormant OCD in predisposed individuals.  These include major stress, traumatic life events, family dynamics, depression, even illness.   It can be argued that in some cases, depression and illness are a direct cause of one’s environment, thus it is included in possible factors.

Research studies found that Muslims had twice the rate of OCD than their Christian counterparts (6).  Ritualistic upbringing and scrupulosity was a hypothesized reason for the difference.  However, if the proposed environmental factors are taken into consideration, one must also look at the socio-political stressors and traumatic events that are going on worldwide concerning Muslims.

When examining these factors, we can easily see Islamophobia, racism, displacement, poverty, war torn countries, occupations, mass media slander and fear mongering, failure to be accepted in new countries of immigration; rejection in countries wherein one was born; lack of  opportunity due to religious beliefs and so forth.

When examining any mental health issue, one must also look at the environmental elements both of the internal which consists of individuals, family, and community’s internal dynamics, as well as the external environment.

The external is much more difficult to regulate.  It includes social and political belief systems of the people and country at large, and availability of common resources in an equitable  manner (jobs, health care, education, safety, justice, and so forth).   Future studies generated by Muslim scholars and professionals may wish to focus on internal/external environmental factors to provide insight into Muslims locus of control and OCD. 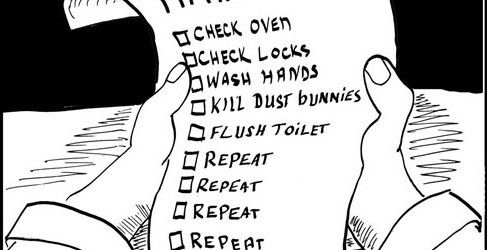 Treatment outcomes for OCD are more positive now than in the past.   Due to increased research and available information, OCD is better understood.  However, much more research is needed in order to arrive at more conclusive findings.  Treatment for OCD consists of Cognitive Behavioral Therapy with medication if needed.

The International OCD Foundation (7) further suggests the use of Exposure and Response Prevention (ERP) in which “Exposure in ERP refers to exposing yourself to the thoughts, images, objects and situations that make you anxious and/or start your obsessions. While the Response Prevention part of ERP, refers to making a choice not to do a compulsive behavior once the anxiety or obsessions have been “triggered.”

All of this is done under the guidance of a therapist at the beginning — though you will eventually learn to do your own ERP exercises to help manage your symptoms.”  ERP is similar to Gradual Exposure or Exposure Therapy done with individuals who have anxiety disorders, panic disorder or PTSD. This type of therapy has had great success and is preferred by many clients (8).

Looking back at our two case studies, what could have triggered OCD in Fatimah and Ahmed?  Was it a predisposed genetic link triggered by stress, trauma or some other environmental variable?  Was it due to a fear of loss of control, fear of overwhelming responsibility, or some other factor?

While we may never know the etiology or outcome for Fatimah or Ahmed, we can do our part and raise awareness within our families and communities about OCD-for the ones who suffer silently, insha’Allah.