We are constantly told about the unity of the Muslim Ummah and the beauty of sisterhood. A Muslim friendship is allegedly “better” and “more fulfilling” than a non-Muslim friendship. Historically, Muslims are known to have compassionate and glorious friendships based on a mutual love of Allah and a desire to obey him.

In the previous article, we heard from women who didn’t find comfort from their fellow sisters. But this is just one side of the issue. Alhamdulillah, some sisters have found invaluable love and support from the Muslims around them. Here is how…

Facebook and social media have innumerable negative stories, but it can be a positive force, as well.

“I’m in a lot of Facebook groups with other sisters that share similar interests to me like homeschooling and natural living.” explains Layla.* “It feels amazing to speak to like-minded women, and over the years these women have become my friends.

“When I gave birth to my son, I got mastitis when he was a week old. It was awful and I spent most of my time on the sofa. With my hormones all over the place, I couldn’t stop crying. I felt so lonely, that I decided to send a message to a sister I knew from one of my groups and told her how I was feeling. She gave me some great advice, lots of comfort and understanding. Messaging her over those next few weeks got me through a really difficult time. And this was from someone I’d never met!”

How beautiful is that Layla was supported by someone she didn’t even know?! This is among the amazing benefits of connecting to people from around the world through social media.

Crisis and comfort on campus

Maryam* attended a weekend Islamic course in the hope of finding some comfort and guidance during a confusing time. When things became a little too overwhelming, a fellow sister came to her rescue.

“To be honest, I was a bit of a mess when I got there [the course]. I was in the process of trying to get married. Various obstacles had gotten in the way and I was pretty hurt and vulnerable. At the end of the day, I saw the brother I had hoped to marry the previous year. I had no idea he would be there. Seeing him unsettled me and before I knew it, I was in the girls’ bathroom crying my eyes out. Most people had left, but one sister found me crying. I tried to hide my face and pretend I was fine, but she knew I wasn’t. She sat me down and gave me a hug. I told her everything.

“I don’t know exactly how long we sat there, but she stayed listening to me. She didn’t have to do that. We were in the city center after maghrib, but she stayed until I felt better and my father came to pick me up. I never saw that sister again, but I pray Allah rewards her for taking the time to help me through such an emotional time.” 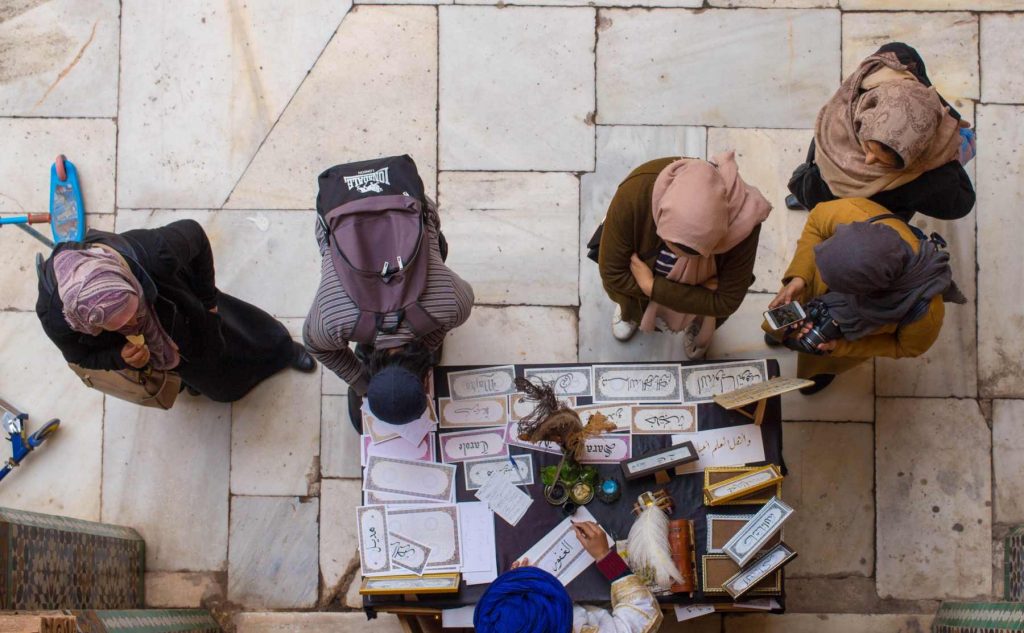 Anaya* also found the warmth of sisterhood at an Islamic conference. Spending a long weekend with fellow Muslims was so uplifting for Anaya that she continued to attend every year.

“The environment made me picture what the company would be like in jannah. Everyone felt the same relaxed, happy, peaceful feeling of being surrounded by your own people. We didn’t need to sugar-coat who we are – the little girls were running around and playing in niqab and no one was worried about being called ‘extreme’.

“We slept, ate, prayed, learnt, shopped, and relaxed on campus. Sharing this experience brought everyone together, and it was especially lovely when you saw the same people each year, developing such an amazing bond. The sisters would help each other with the children and allowing those with little ones to eat first and no one complained. The patience and compassion among everyone was contagious. You couldn’t help but be happy.

“Everyone was smiling and giving each other salaam. Everything felt like the perfect balance.”

Anaya’s experience seems too good to be true. But this is the reality of the Muslim Ummah once it sheds its drama, judgments, and stress. We have the potential to be as close and compassionate as those attending Anaya’s conference.

-Reach out. It’s easy for us to stay in our lane when it comes to life. We all have so much going on that we think that we don’t have the mental capacity to reach out to someone else and their life. But just try. Whether it’s a sister at a study circle or on the bus, give salam and open a conversation.

-Make an effort to maintain a friendship. Recognize the importance and prioritize time with your sisters. Whether it’s weekly or even monthly, schedule some time for you all to get together and just relax and have fun. Cake and tea always bring people together!

-Turn to Allah. Make du’a for Allah to bless your friendships with each other and keep Shaytan away; it’s horrible when he comes between two good friends. He wants us to be alone because it becomes easier to misguide us. Strength in numbers, remember!

So maybe the glorious sisterhood isn’t a myth after all. It is possible to build meaningful and enriching friendships when we hold onto the lessons taught to us by Muhammad (peace be upon him) and the Qur’an. Hold firm to each other and aim for that relaxed, happy, and peaceful feeling.

This article is the second in a series. The first article: “Is Sisterhood a Myth?” shares the experiences of two sisters who struggled to find support, acceptance, and meaningful friendships among the Muslims around them.