Anna Lénárd is a Hungarian artist, working as a tour guide for many years, and founder of Budapest Walkshop (BUPAP). She reverted to Islam two years ago. We talked about her walking tour project that aims to bring Islam closer to locals.

Please, Anna, tell us about yourself a bit.

After medical studies, I graduated from the Hungarian Academy of Fine Arts. I worked as a freelance artist for years while giving guided tours for American tourists to finance my studies and my art. This inspired me to work out thematic tours on topics I am really interested in: the vague grasp of Hungary’s political past, life of minorities in Budapest, immigrants, gender and social issues. Today, my team has more than twenty very popular tours in Budapest. I’m currently working on my DLA (doctoral) thesis: “Diapraxis and society – Urban dialogue tour as medium.”

How did you revert to Islam?

At the age of 16, I decided to get baptized. After 10 years of active religious life, however, I left the Catholic Church because I could not agree with certain theological questions. I also had difficulties with practicing Catholicism in daily life.

At that time, I did not have any connection with Islam as in Hungary there are only few thousands of Muslims. When I first met Muslims, I was impressed by their commitment and seriousness in faith. I realized very quickly that their belief is not so different from Christianity or Judaism, but it is more logical, cleaner and more intensive.

How did the idea of launching the “Muslim Walking Tours” project start?

In our project, Budapest Walk Shop (BUPAP), we focus on actualities. Five years ago, people were most interested in the political past of Budapest. Two-three years ago, we gave many Jewish and Roma tours. Since last year, the Muslim tour is the most exciting for people and this is the longest one as well.

Islam stepped into the spotlight when the Hungarian Prime Minister, Viktor Orban, launched a strong anti-refugee campaign last year. This created xenophobic and racist sentiments toward the really small Muslim community. At the same time, our audience have grown more interest in finding out who the Muslims are. People know very little about Islam here, and social tourists always want to discover everything from the first source. So, we organized a tour that visits mosques, halal shops and Islamic schools. It has quickly become popular.

I’m sure your job is full of adventures. How does a tour look like?

Our tours usually take 2-3 hours that allow people to break away from daily life. We discover unknown locations in the city, so people feel like real tourists and explorers although they pass by these places every day. Meet their neighbors that they have never talked to before is an exciting experience for them. Our tours are community programs, so I involve the audience in communication. We initiate discussions, but naturally if somebody would like to listen and stay in the background, they’re not forced to participate actively. In any case, they get something to think of while walking from one place to the next. 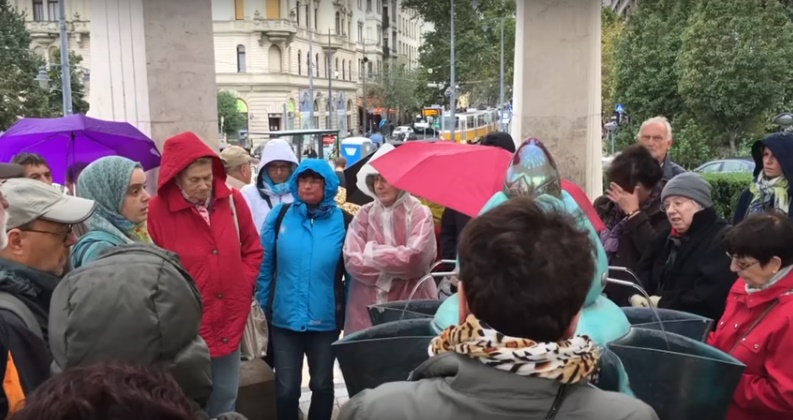 How have you built up the Muslim Walking Tours in particular?

During the Muslim tour, first we visit the oldest apartment-mosque of Budapest, where the group can meet Muslims and get to know about their faith, the five pillars of Islam, and how Muslims practice their religion such as praying, fasting and giving charity.

When we step out of the mosque, I explain how Hungarian Muslims live their daily life, where they can buy clothes, food, why they don’t drink alcohol, where they can go when they need to borrow money, etc.

We do not have many typical locations as the minority is very small here. That is why it is a big surprise when we finish the tour at the Budapest Mosque, which is actually the biggest Islamic center of Eastern-Europe. It is the end of the tour where usually the real tension comes out, and the guests start asking questions about the recent political issues, terrorism, ISIS and everything they hear from the media.

The Muslim Walking Tours is originally a 3-hour tour, but we never finish earlier than 5 hours. People are tense because of the strong media pressure, so they have many questions. They often stay at the final destination for another hour after finishing the tour.

Do you target local Hungarians only or the tours are available for English speaker tourists and expats, too?

Our tours primarily target Hungarians, but, of course, from time to time we give tours for foreigners when they are interested in a special topic or in our methodology. We concentrate on locals because we aim to build personal connections in the city, and we want to spread the knowledge about Islam among Hungarian people. Citizens should know about each other’s’ culture and past. I believe this familiarity will change the atmosphere of the city.

We mainly target intellectuals and the media because let’s face it: the majority of Hungarians would never come to our tours. They do not even know about them. However, when a journalist writes about us or a professor joins one of our tours then invites me to give a lecture at the university, this would have a long-term effect on the society.

And have you fond Hungarians to be open to such initiatives such as the Muslim Walking Tours?

Hungarians are considered the most xenophobic nation in Europe. However, I personally have little conflicts walking in the street or at work. But I am freelancer. I often hear from friends who are employees that they get in trouble when wearing the headscarf or trying to pray at the workplace.

But despite all, our Muslim Walking Tours is popular. When I started the tours I had little audience. But, you know, negative advertisement is also an advertisement. The refugee crisis and the American presidential elections made our program very popular.

Nowadays, we give tours almost every week since many people are interested in it. It happens that small companies order our tour as a team building program. Last week our guests were a Jewish youth group who wanted to know more about the similarities between Judaism and Islam.

What are the general feedback of those who went walking with you?

We get a lot of enthusiastic feedback which show that people are relieved after the tour. Most of them had never met a Muslim person before, never visited a mosque as they get all the information from TV or the internet. 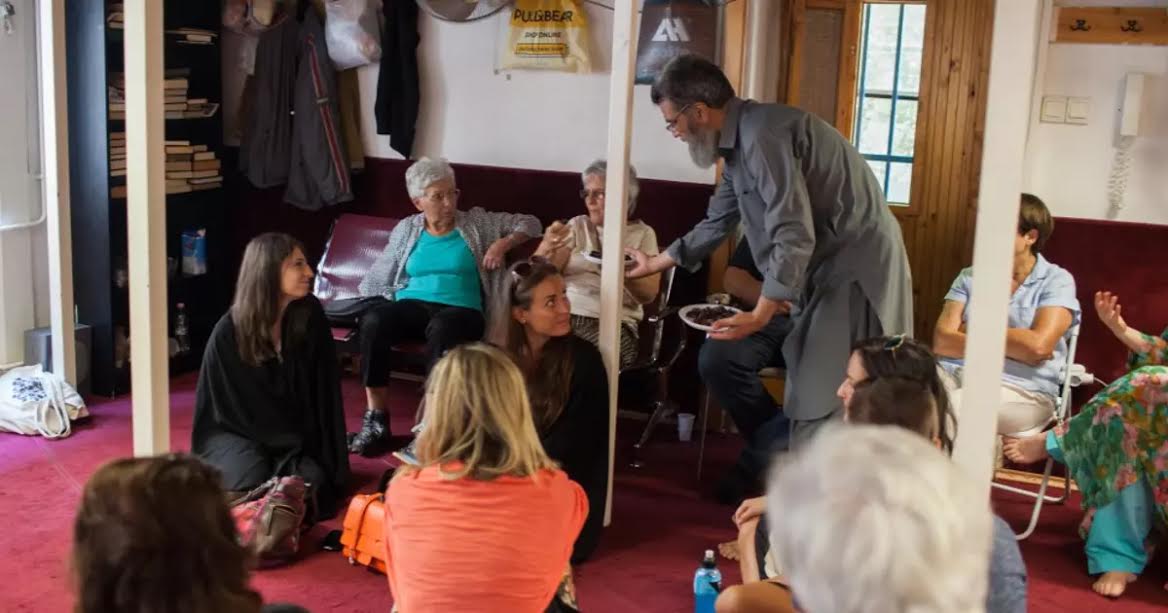 You even run a fundraiser on Generosity.com?

Yes. To give tours does not cost a lot. What is difficult is to build an infrastructure behind them. We founded an NGO, we built a website, and we advertise the tours. We would like to take the tour to elementary and secondary schools, too, because our recent state-controlled educational system does not give real information on Islam to students. Therefore, we are continuously looking for sponsors. Fortunately, people are sympathetic, but we need a much stronger partnership network.

Are there similar initiatives, platforms for da’wah like the Muslim Walking Tour that aim to bring Muslims and non-Muslims closer in Hungary?

Yes, there are interreligious dialogues, but, in my opinion, diapraxis could be a more efficient method. It means that people with different cultural or religious background get closer to each other through doing certain kind of activities together, even if they do not engage in dialogue. Walking and discovering the city is such kind of activity.

Unfortunately, most initiatives do not involve Muslims as the Muslim community is small here and they are not really integrated into the society. The first such initiation I heard about is the Salaam-Schalom founded by Armin Langer to facilitate Jewish-Muslim dialogue. It started in Germany and last year its branch in Hungary was formed.

Lastly, in your opinion, what could the Muslim community do in order to be better presented in the eyes of non-Muslim Hungarians and the media?

When one is attacked, the natural reaction is to hide and close the doors. We expect openness from the majority of the society, but actually both sides need to open up. To smile, to communicate, and to organize open events in the mosques is more necessary than ever; to lay less emphasis on differences that separate us, and to show our inner values which actually connects Islam and Muslims to the non-Muslim society.