Throughout history, Muslims have lived in oppressive and discriminatory conditions at one time or another. In the early days of Islam and the Prophet Mohammad (PBUH), Muslims were mostly taunted and discriminated against and often the target of harassment.

Perhaps the hardest was in terms of matters of the heart as many Muslims were fighting against their own family members who were part of the Meccan army! Can you imagine having to defend yourself in battle against one of your own family members? However as stated, many things were learned, the most important being that Allah does help those who call upon Him in times of need.

Allah SWT protected and assisted the Muslims in many ways and victory was ultimately theirs.  This famous battle illustrates how a small group of Muslims can overcome tyrannical attacks and hatred.  While as we know there were causalities on both sides, those taken prisoner by the Muslims were treated with kindness. In winning the battle of Badr, the Muslim’s also gained a new confidence knowing that even if they were fewer in numbers, they were defending a righteous cause.

While most Muslim’s are familiar with the battle of Badr, we can learn from it today given the increasingly hostile environment towards Muslims in the West.

Alhumdulilah this is not a physical battle to the extent we must defend ourselves like in the battle of Badr in combat, but we must defend our rights, protect our communities, be aware of the often changing socio-political environment as well as be vigilant of those around us who feel empowered to do harm based upon the rhetoric of hate that has been very common in many Western countries.

We as Muslims need to follow the example of the Prophet Mohammad'(PBUH) and his small army of disciples who trusted in Allah; utilized fairness, strength of character, increased faith and gained more confidence as an ummah.

We must not resort to hiding in fear, nor refrain from speaking out.  In fact, this is the time more than ever to increase our visibility, teach others about Islam, educate and petition city, state and other political representatives when able; as well as reach out to others who have been suffering from oppression, brutality and exploitation such as our African American brothers and sisters and other peoples of color.  Their struggles and oppression have been going on for hundreds of years; ours are relatively new in the USA when compared to the horrors African American’s have had to endure. 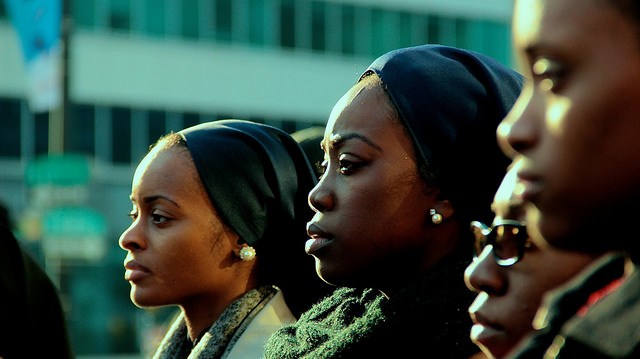 We need to reach out to others who have been suffering from oppression, brutality and exploitation such as our African American brothers and sisters and other peoples of color.

We also need to collaborate with and support our Mexican brothers and sisters who are also being targeted.

We need to learn from other people’s struggles in order to develop strategic skills in dealing with harassment, oppression, even personal attacks on ourselves, families, friends or Masjids.

They gathered the courage to win a battle when it appeared that all odds were against them. As this is a mostly psychological battle in that we are being denied rights, threatened with certain things and sometimes personally attacked, we need to develop skills which will help us cope with the current and forthcoming socio-political conditions.

What Should the Muslim Community Do?

As a community we need to reach out to others who may be elderly, disabled, single mom’s and so forth to ensure they are okay.  There are a lot of emotions going around right now and we must be cognizant of those who may be in need.

Starting a telephone tree or a visiting team may be valuable to some of our brothers and sisters.  Masjids should reach out to other interfaith communities for support and community meetings. We need to have more educational gatherings in which we can talk about our feelings, our fears, our ideas and solutions. 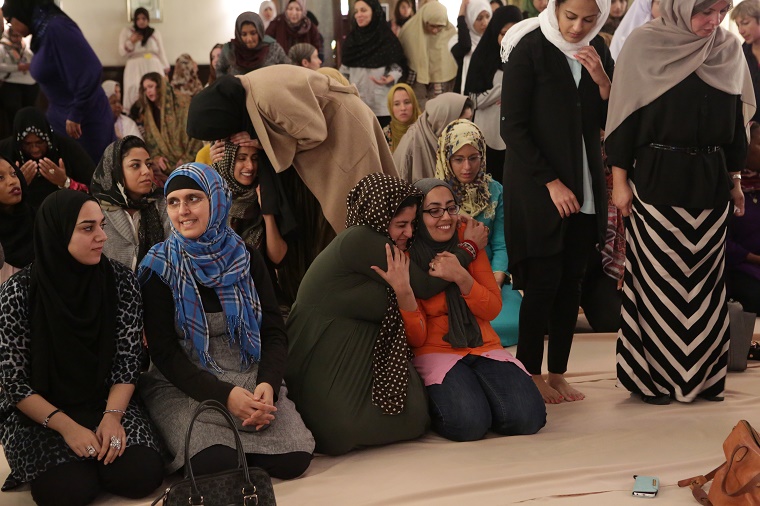 For instance, perhaps a community may need a class on constitutional law (101) so people know their rights. Classes on Safety, Communication, Dawah, and Iman would be helpful.  Masjids should be open as much as possible to allow Muslims to come to pray, to hold classes, as well as form support groups for those going through trauma, depression or fear.

Those who work in the Human Services field should be available for counseling. Masjids may wish to have “Invite a Neighbor Day”. These invitations may teach the community about Islam and may serve as the beginning for interfaith dialogues. When conducting our daily business whether in school, work or other activities, we may come across unpleasant interactions.  It will be especially important how we respond, how calm we remain, how effectively we communicate and importantly, how to be safe; we can either turn the experience into a positive one or a negative one depending on our skills and comfort level.

Lastly, and maybe most important, we can connect with and learn from our Palestinian and Syrian brothers and sisters (and others) who have been suffering for decades under brutal oppressive occupational regimes. They have suffered to degrees that are indescribable. Now it is our test, Insha’Allah we will grow from it, become better Muslims and step into the light and love of Islam, fearing none but Allah; and Insha’Allah while we are striving to be humble, kind yet strong like our beloved Prophet (PBUH), may we be pleasing to Allah SWT.

“Remember when you asked help of your Lord, and He answered you, “Indeed, I will reinforce you with a thousand from the angels, following one another.”   Qur’an  8:9 (4)

This article was first published in 2017. It’s re-highlighted due to its importance.