It is always fun to connect and interact online, in the world of social media, with someone whom we have known for years in real life.
aaa

That is all it takes nowadays for a random stranger to subscribe to your blog or Facebook feed.

To “Add” you to their circles.

To “Pin” your photograph.

All over the world, people are now connected to each other with their intangible, virtual persona, profile, or ‘face’ that is supposed to reflect their actual, physical identity.

It is always fun to connect and interact online, in the world of social media, with someone whom we have known for years in real life.

However, in some cases, we might get to ‘see’ a side of them that we did not know of during the years of our ‘real life’ relationship with them e.g. their opinions about certain issues and how strongly they feel about them.

This is even more true if they are avid readers, writers, thinkers, activists, or active professionals in any field, who like sharing their thoughts articulately online.

We might get to see a new side of them, especially if we witness their frank online discussions and interactions with people from their other circles, which did not include us during the years that we knew them in person e.g. professional colleagues, family members, childhood friends, or spouses.

In some unfortunate cases, this new ‘epiphany’ of sorts regarding our perception/knowledge of them, might start to signal the end of our real-life relationship with them.

Now for positive/less depressing analysis. In many cases, online social media brings together people who have hitherto not known, seen or met each other before in real life.

Rather ironically, the gelling factor in these cases is, also, exactly the same thing that I described in the above scenario, which drew otherwise close friends in real life apart once they connected online: their impassioned personal opinions, views and thoughts about issues, which they openly share and express online.

These expressions of personal thoughts started to garner them the support, love and admiration of like-minded new individuals who responded to their tweets, viewed their writings on Facebook, or commented on their blog posts.

Real life meetups were the natural result, and lo and behold! They connected instantly in person almost as soon as they set eyes on each other.

And though they met in flesh and blood for the very time, it felt like they’d known each other for years.

Thankfully, alhamdulillah, the latter case that I have described above, has happened to me with more sisters than 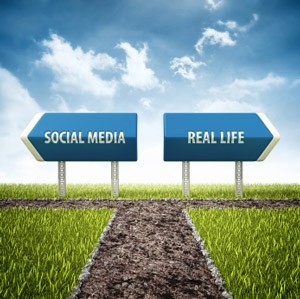 the former one, although the few cases of my ‘real life’ female friends drifting away from me once they connected with me online, and read my views through my blog and Facebook, have definitely left a bad taste in the mouth.

You see, some of these past ‘friends’ decided to publicly challenge my views. Nothing wrong with that, although as I reluctantly took the bait and disagreed with their counter-opinions, I found myself getting drawn into a useless back-and-forth dialogue, which was clearly wasting my time and theirs.

Anyone who knows me wouldn’t be surprised to find out that those who challenge me stop hearing from me for a while if they decide to argue with me about any topic, because I detest arguments and debates with every inch of my being.

I also leave i.e. walk away from, an argument almost as soon as it starts, either by remaining silent, or physically going away. Because I believe that this action – of being the first one to leave the argument – is what would garner me the pleasure Allah in such a situation.

As for my other personal reasons, I think debates and arguments are the biggest waste of breath, positive energy and time, and they never bring about any good results. One thing that they do achieve, however, is the unveiling of the true face (and intentions) of the one who first challenges another person. In public.

Anyhow, while the end of those real life, so-called “friendships” began soon after I added a few such real-life friends as “Friends” on Facebook (ironically dichotomous isn’t it?), I nevertheless still continued to really enjoy having discussions on social media with other sisters, for a while.

I made many, many new ‘friends’ by connecting with some amazing sisters online, and eventually met a few of them in person, and continued to have fruitful discussions with them in the virtual world.

I got to know them better personally; I shared their joys and sorrows. I saw them get married and have their first baby. I made some great new professional contacts as well, such as with editors and other bloggers. Things were great!

Until Zuck made that IPO.

Dang. That was when my “happy bubble” burst — with a loud bang!

I have no idea whether the two are interrelated, but ever since Facebook had that IPO and then sent that 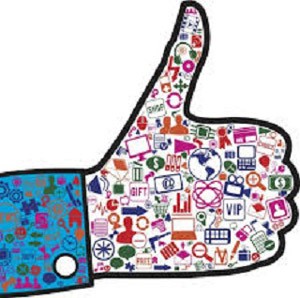 conspicuously pointed email informing users about the change in their Terms and Conditions, and how the latter would affect their privacy, I have seen some decidedly creepy things that made my sixth sense tell me to cover my tracks online and proceed with immense caution whilst logged in to Facebook.

First of all, the sudden, unexpected increase in the number of ‘targeted’ ads and ‘Suggested Posts’ and pages!

That was all fine until I started noticing how the targeted ad of almost whatever I browsed about, would uncannily and almost creepily appear immediately in my Facebook news feed!

I mean, aren’t the frequent ads irritating enough as it is? I was beginning to get totally flabbergasted at how Facebook was tracking and cashing in on my browsing data from my phone!

The second thing that really started giving me the creeps because of Facebook, was about how it was tenaciously turning almost everyone amongst us, even the most humble and private ones, into unknowing narcissists, by keeping the default privacy setting for all their posts, links, status updates, and — cough — photos that they uploaded, to “Public”.

But it doesn’t. It also keeps throwing lists of “People You May Know” into everyone’s faces. And doesn’t leave them alone if they refuse to log in for days, by sending them email updates about what they have missed on Facebook.

You see, it didn’t take me long to figure out that Facebook thrives on a basic human need: social acceptance. The desire to be liked, admired and praised by other people. The need to fit in, be popular and considered ‘hip’.

Which is why Facebook wants every one of us to keep sharing our petty non-issues online, and it ensures that we almost always have an audience to “Like” what we share.

A LOT of (really dirty) laundry aired in public.

And a LOT of self-made narcissists.

This article was first published at the author’s blog and it’s re published here with her kind permission.

This Is How Social Media Impacts Our Self-Esteem

3 Ways Blogging Can Help You Make a Better World

I Shall Guard the Fingers that Hit the Keyboard