Many Muslims think sexual attraction itself is sinful.
aaa

“As you grow,” my father said, “your bodies will start to change.”

Listening attentively, my brothers, sisters, and I sat on the carpet of the living room opposite to our parents. It was just after dawn, and we were all having the morning class that my parents held for us each day after Fajr, the first of the five daily prayers.

“And as your bodies change,” he said, “the boys and girls at school will start to look really good to you.” There were a few suppressed giggles and shy glances from the younger ones. “And you’ll begin to feel different things happening inside you.. And when this happens,” my father said, “be thankful to Allah. This means you are healthy and that Allah is preparing your body to enjoy your husband or wife when you get married.”

As early as I can remember, this morning class was part of my family’s daily routine. My mother would get up early in the morning and come to our rooms to wake me up, including my brothers and sisters, to let us know it was time to pray. Sometimes, if we were feeling lazy or resistant, she would sprinkle water on our faces; then we would crawl out of bed, often still with our blankets wrapped around us, and we’d drag ourselves to the bathroom for wudhoo’, the ritual ablution in preparation for prayer.

After praying Fajr as a family, my father—or occasionally one of the older children—would read some verses from the Qur’an, and we would each share our reflections on the reading and how it could benefit us practically in our lives, even though  we were only four or five years old. Then my father and mother would discuss different topics that they felt would help us cope with challenges in public school and with what we’d likely face later in life.

Though we didn’t quite grasp it at the time, one day, we had a topic on sex and marriage. My father and mother talked to us about how the physical desires we felt for the opposite sex were not only natural and healthy, but blessings for which we should be grateful to Allah.

They told us that there was nothing wrong or shameful in these desires or feelings—even if we were attracted to someone who was not permissible for us at the time—because physical desires themselves are not sinful, they said. It was only a question of how you responded to them, which determined whether it’d be right or wrong.

‘You Have No Right to Mention Marriage’

I think my first real culture shock regarding how many Muslims view sex and marriage came when I became, for the first time, part of a Muslim community that was made up primarily of people who had migrated to the US from predominantly Muslim countries. Previously, most of my interactions on a community level had been with fellow indigenous Americans. But now, as a full-time teacher in a Muslim school in a culturally diverse community, it’s become clear to me that  not all Muslims view sex and intimacy as my parents had taught me—or even how Islam teaches.

“I don’t agree with what you’re teaching the girls,” an angry mother, who also happened to be a teacher herself (albeit of a much younger group than my middle school class), said to me as she stopped me in the hall one day.

I creased my forehead in confusion. “What do you mean?”

I had to suppress  laughter, as I was so shocked at the ridiculousness of her accusation; not because I didn’t agree with her, but because I wasn’t “making” the students read anything. The state’s education department had certain requirements for accredited schools, and the county curriculum that the Muslim school was using provided us with a list of “required reading” to choose from. And I, with the help of an administrator, had gone through the list and chose the books that, to the best of our determination, contained the least amount of inappropriate material. And the book we’d settled on for that month was the classic Little Women by Louisa May Alcott.

I explained this to the woman as best I could, and I told her that the way I customarily dealt with any inappropriate content in the curriculum was to include in my lesson the proper Islamic perspective on the issue. if  any discussion of physical attraction or love occurred in the books, I told her, I would simply explain to the students that though these feelings are natural and healthy, they are to be expressed fully only in marriage.

“You have no right to mention marriage to them,” she said.

What? I think my confused expression said what I could not.

“In my country, we don’t know anything about these things,” she said as if in reprimand. “When I got married, I knew nothing, I mean absolutely nothing.” She smiled slightly. “And my husband liked that. He had to teach me everything.”

I began to feel a bit uncomfortable with the conversation shift, but I tried not to show it.

“So it’s not right to discuss these things,” she said. 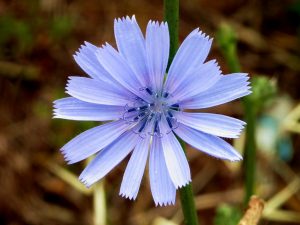 “You mean ever?” I said, genuinely surprised that a Muslim parent would purposefully avoid discussing the topic of physical attraction and marriage with her young adult children.

“But…” I said, hoping to keep my voice as respectful as possible. “What about what Allah says about intimacy and marriage in the Qur’an, or what the Prophet, sallallahu’alayhi wa sallam, said about it in hadith? Are we supposed to skip the verses and hadith on this topic?”

Is Sexual Attraction A Sin?

It took repeated experiences like the ones I discussed here and in Part 1, before I had this epiphany: Many Muslims think sexual attraction itself is sinful. Thus, these Muslims equate avoiding the topics of sex and marriage with being spiritually “pure” and “righteous.” However, in practical reality, this approach translates into multitudes of Muslim youth being thrust into utter confusion, shame, and dismay when they reach puberty and have feelings and desires that they can make absolutely no sense of…

Except that their desires and stimulating dreams are eerily similar to all the “haraam(religiously forbidden)” videos, television shows, and movies that “good Muslims” don’t watch.

Sexual Ignorance Is Not Righteousness

If we wish to raise our children as truly “good Muslims”, we can start by treating them, especially our young adults, as we ask them to treat us: respectfully. And respect begins with looking at them as we should view all human beings: as individuals who are ultimately responsible for their own bodies and souls—and for whom our duty is primarily to convey Allah’s Message—in full.

“O Messenger! Proclaim [the Message] which has been sent down to you from your Lord. And if you do not, then you have not conveyed His Message…”—Al-Maa’idah (5:67)

If this is Allah’s command to the Prophet (sallallahu’alayhi wa sallam), our example, why then do we think our responsibility is different as it relates to what the Islam teaches us about physical desires, sex, and marriage? Yes, these topics can inspire discomfort and awkward questions. But we cannot allow our personal and cultural misgivings to keep us from loving and respecting our children as Allah instructed us to.

So let’s give our children the opportunity to practice Islam with proper knowledge and righteousness, particularly as it relates to their natural sexual desires that make them healthy young adults being prepared for the blessing and joy of marital intimacy…

Because good Muslims do think about sex—in the way that Allah has taught them to.