On the occasion of Hijrah, which is widely celebrated in many parts of Muslim world, the author here reflects on this remarkable occasion, linking the past with the present, and sheds light on some of the social lessons derived from Hijrah.

Leaving in the deep of the night. Fleeing for one’s life. Making a move to seek refuge in Allah and Allah alone. Starting a new life in an unknown and new land. Feeling homesick, nostalgic and emotional towards everything that has been left behind.

Hijrah, in general, is an emotional plight. We know the historical pieces of Hijrah that drove the small group of believing Muslims away from persecution and into safety, only to be faced with new challenges, such as attacks from various tribes that were sparked by the emigration.

This was all done for Allah and because it was a turning point in Islamic history, it pays heed to reflect on the social lessons derived from this pivotal change for Muslims and apply it for the Hijrahs of today.

While the handful of Muslims had moved together as an ummah and founded the first civilization in Madinah – the first known to humankind, we have to remember that each of the companions – including the female ones – faced their own personal Hijrahs – journeys and challenges in their own right.

Women had their own challenges

Asm’aa bint Abu Bakr spent the first nights of her father and the Prophet’s departure, sashaying food to them through the turbulent desert, while the men were wildly hunted down by their own tribes. She was brutally assaulted by archenemy Abu Jahl, when she refused to provide or reveal the whereabouts of the two beloved men in her life.

Umm Salama, another comrade, and later a wife of the Prophet, was torn away from her family during the Hijrah. Already an outcast to her family, she spent a while before she was able to be reunited with her children (who had been taken from her) and her husband, who had left for Madinah. Then, there was Prophet Muhammad’s eldest daughter who had to leave her husband in later years, and make her way to Madinah in her own personal Hijrah, as her beloved husband refused to share her faith.

Every single woman of the time – iconic as they are now – went through challenges and obstacles of their own in order to attain the recognition of greatness in Islam.

In today’s age, challenges and obstacles still exist, only in different forms. Yet they are here and bear great importance, as every single Muslimah, makes her own Hijrah (whether physical or not) for our own self-betterment, social extractions of the Islamic emigration can be infused in our lives to make each journey smoother, and a more spiritual one – in order to please Allah Ta’ala.

Hijrah: the storm before the calm

The Hijrah was not a simple journey. It did not happen overnight but, there were months and months of planning that took place before the actual journey began. This is important to remember because we often forget that change is gradual, even if it is just writing out a plan or putting little things together. The big even will eventually materialize, but it takes time and effort for it to come together. The Hijrah was also seen as the storm before the calmness and warmth of Madinah.

Prophet Muhammad (pbuh) and his followers had spent years and years of spreading Islam in treacherous conditions. It was not easy for them to keep on going, but the directives of Allah to maintain good relations with kin was still loud and clear, and they were compelled to continue to preach the Oneness of God.

After continuous efforts and successfully having stronghold icons like Hamzah Ibn Abdul Mutalib and Umar Ibn Khattab embraced Islam, the Quraysh had grown agitated. They began to hunt and torture the poorer Muslims relentlessly. The Hijrah came at a much-needed time where their lives were at stake and they had to leave to save themselves. 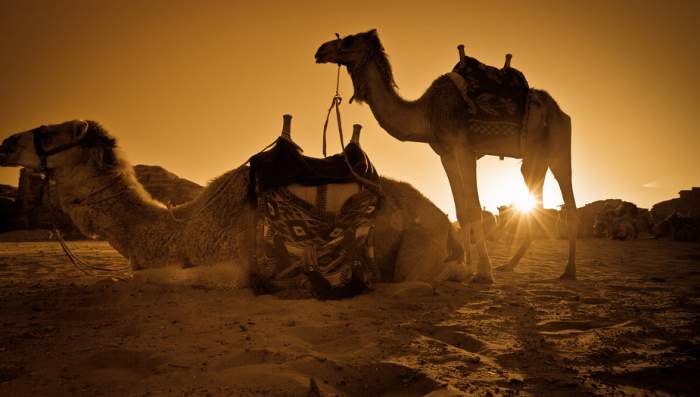 Although our Hijrahs will not be of such great magnitude today, it is important to remember that these changes do not come easy. But, our efforts to change will always be followed up with Allah’s help and guidance, as compared to not putting any effort in at all. There will be wars, sandstorms and torrential rains that will push us to breaking point, but with every hardship comes a double ease, and we have to go through these challenges before arriving at our personal states of calm.

Renewing intentions for the sake of Allah

The Hijrah comprised of a variety of people. While by far, the majority of them were upon the emigration for the sake of Allah, there were those who had other intentions, such as moving for business opportunities or for getting married. While these were not wrong for the Hijrah, their rewards were only based on their intentions.

Similarly, with our own personal Hijrahs, reassessing our intentions for all the right reasons will ultimately set the paths to the right goals and in turn, will reap the right rewards and blessings in order to undergo such changes. The Hijrah is a great reminder to renew our intentions throughout the changes we go through, so we don’t fall waylay along the way.