It goes without saying that the global economy is not in harmony. This takes its toll on everyone and Muslims are no exception. We keep hearing economic experts’ advice – which is sometimes helpful- on how can we handle this economic crisis.

However, Muslims can find guidance in the Islamic teachings that provide the best lifestyle for individuals and aims at the betterment of society.

Riba (interest) is eating your money:

Riba (interest) is eating your money while I am writing this sentence this moment. So, if you are still dealing with interest give it up now so you find Barakah (blessing) in your money.

Allah Almighty warns us of the consequences of the use of Riba:

“O you who believe! Fear Allaah and give up what remains (due to you) from Ribaa (from now onward) if you are (really) believers. And if you do not do it, then take a notice of war from Allaah and His Messenger …” [Al-Baqarah 2:278-279]

Prophet Muhammad( peace be upon him) proves to us how it will really only decrease our wealth:  “There is no one who deals in riba a great deal (to increase his wealth) but he will end up with little (i.e., his wealth will be decreased).” Narrated by Ibn Maajah and classed as saheeh by al-Albaani.

“Riba is forbidden because of the harmful effects that result from it, such as:
Economic effects, e.g., keeping money idle and unproductive, and swelling the ranks of the poor;
Social effects, e.g., cutting ties, creating enmity and hatred between the poor and the rich, and spreading corruption and promiscuity caused by need;
Psychological and spiritual effects, e.g., arrogance, looking down on others, hard-heartedness and exploiting the needs of the poor.
The above describes the effects of Riba on the individual level. On the state level, countries are weakened, their resources fall under the control of others, they end up following their enemies’ desires, they are robbed of their natural wealth and their problems get even worse. This is what we see happening in reality. We ask Allaah to keep us safe and sound.”

The Prophet Muhammad (peace be upon him) said: “Trade because rizq (sustenance) has 10 portions, of which trade consists of 9 portions.” (Ihyaa Ul Oloom)

On asked what type of earning was best, he (peace be upon him) replied:” A man’s work with his hands and every (lawful) business transaction.” ( Al-Tirmidhi, Hadith 846)

Keep in mind to fear Allah in your trading, so it will not turn against you.

{O you who believe! Do not consume one another’s property by false means, but only by means of mutually agreed trade…} (An-Nisaa 4:29)

Allah, most exalted, mentions the punishment of cheating in measures:

{Woe to those who give less (than due); who, when they take a measure from people, take it in full. But if they give by measure or by weight to them, they cause loss. Do they not think that they will be resurrected for a tremendous day, the Day when mankind will stand before the Lord of the Worlds?} (Al-Mutaffifin 83:1-6)

The Prophet (peace be upon him) rebukes unlawful dealings of traders: “Traders are wicked people.” The Companions asked: “O Messenger, has Allah not permitted business?” The Messenger replied: “Of course He has declared trading lawful. But they (i.e. the traders) will swear by Allah and do evil, they will not speak but tell lies.” (Ahmad)

Even the idea of stocking products (when in shortage) and selling them for higher prices to exploit the dire need for them i.e. black marketing; has been mentioned in the Sunnah and is strongly prohibited.

“How evil is a black marketer! He is upset when he finds out that prices are decreasing, and is happy when he hears they are increasing.” (Bukhari)

Glad tidings for honest tradesman, Prophet Muhammad (peace be upon him) promises us:

“The truthful and honest tradesman will be with the prophets, truthful persons and martyrs on the Day of Judgment.” (At-Tirmidhi)

Although Allah Almighty and his Prophet (peace be upon him) have advised us to detach ourselves from the love of this world and the fierce competition for its’ gains, we often fall as preys into its’ clutches and choose to excessively indulge in money, material possessions, food, drink, etc. 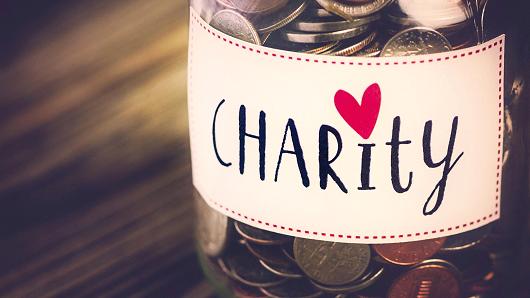 It may sound ironic to some, however sadaqah does actually give you more barakah in your money.

It seems that the numerous challenges presented to us in this modern world have created a void that we try to fill in with gluttony.

Flashy ads tell us that having this and that and eating and drinking this and that will make us so much happier, but the truth is that this gluttony only increases our void and leaves us more miserable than what we were in the first place and we often end up with endless economic, physical and spiritual setbacks.

Narrated Ibn ‘Abbas: I heard the Prophet (peace be upon him) saying: “If the son of Adam (the human being) had two valleys of money, he would wish for a third, for nothing can fill the belly of Adam’s son except dust, and Allah forgives him who repents to Him.” (Bukhari)

{Nor do ye encourage one another to feed the poor. And ye devour inheritance – all with greed, And ye love wealth with inordinate love.} (Al-Fajr 89:18-20)

Moreover, gluttony in wealth takes its’ toll on the poor and needy. Greedy to keep all the fortune to themselves, Zakat is oftentimes evaded by wealthy Muslims. But had it been fairly distributed to those in need, the Muslim world would be a much different place than what we encounter today of famine and poverty.

Give sadaqah to get barakah

Another avarice, is the desire to collect material possessions. Whether clothes, furniture, cars, houses, etc. all are devoured.

‘Abdullah ibn ash-Shikhir said, “I came to the Prophet, may Allah bless him and grant him peace, when he was reciting ‘Fierce competition for this world distracted you.'” (At-Takathur 102:1). He said, ‘The son of Adam says, “My property! My property!” Son of Adam, have you any other property than what you eat and thus gets used up, wear and thus becomes worn out, and give in sadaqa (charity) and thus make effective?'” (Muslim)

This hadith sums it all up exquisitely. What are you really collecting? Things that will eventually wear out or perish, without bringing you any closer to Allah? While taking out charity will give you benefit both in this world (by making your life blessed with more barakah) and in the hereafter (by increasing your good deeds and hence your status in the hereafter).

It may sound ironic to some, however sadaqah does actually give you more barakah in your money. This is a promise from Almighty Allah:

“Who is he that will loan to Allah a beautiful loan which Allah will double unto his credit and multiply it many times?” [AlBaqarah2:245].

Prophet Muhammad (peace be upon him) gives us the glad tidings of those who give charity: