Without a signed “friendship contract”, there’s not much we can fault our friends for not knowing, understanding, or doing in the name of friendship.
aaa

Nusaybah and I have been friends since we were kids, but I’m really starting to think she’s bad for me.

Don’t get me wrong. She’s nice and fun to be around, but sometimes she can be really annoying. Last week she called and “surprised” me by stopping by my house unannounced to take me out to eat, and I had to defend my PhD thesis in the morning!

And this isn’t the first time. She’s always making plans for me and my kids without asking first! And to top it off, she’s always telling me what’s wrong with my life.

Sometimes I feel like telling her to mind her business, but I chicken out every time. I swear, I feel so small when she’s around.

Any advice for dealing with overbearing friends?

Okay, I’m not one to discuss my life online, but since this is a private group, I wanted to know if anyone can help me out.

I’ve known my best friend Zaynab since first grade, and we’re really close. But I don’t know if I should just break off the friendship. She’s not a bad person. It’s just that she thinks only of herself.

Any time we go somewhere or have a party (even if it’s at her house), I’m always the one doing all the planning, driving, and paying!

I give everything to this friendship, and she gives nothing. When I sense she’s stressed out but can’t talk about it, I give her advice or I try to surprise her by doing nice things. But it’s never reciprocated.

And when I say never, I mean never. She’s caught up in her own life, and whenever I try to talk to her, she gets an attitude though she doesn’t say what she thinks.

Any advice for dealing with selfish friends?

But unlike husband and wife before marriage, friends generally don’t ask permission before deciding (and declaring) that a relationship exists. Moreover, even when friends mutually agree to friendship, they don’t openly discuss the seriousness of the relationship or the terms they will abide by.In a way, friendships are like marriage. Two people decide to come together because they share common interests and beliefs, because they enjoy each other’s company, and because they have “mutual feelings” for each other. However, in friendship the commitment is voluntary.

Yet, strangely, we hold our friends accountable for not respecting the friendship or for not abiding by the relationship’s “terms”.

‘Will You Be My Friend?’

It’s a question children ask almost every day, and as I reflect on adult friendships, I’m beginning to wonder if we should take a lesson from our childhoods.

Just imagine how much heartache, hurt, and confusion we could save ourselves if we ask a potential friend “Will you be my friend?” and subsequently discuss what we expect of each other in the relationship. And what if we then draft a pseudo-prenuptial agreement before becoming “real friends”?

No, I don’t mean to suggest that we actually sign friendship contracts. But we can benefit from reflecting on what the lack of such a contract means for our practical realities.

Without a signed “friendship contract”, there’s not much we can fault our friends for not knowing, understanding, or doing in the name of friendship.

I remember when I learned that a close friend of mine had a baby. A mutual acquaintance called to tell me, and I immediately prayed for the mother and the newborn.

Days later I got an angry call from my friend because she was deeply hurt that I didn’t come to visit her right away. I was genuinely shocked.

Growing up, my mother didn’t receive visitors immediately after having a baby; visitors would come only after a few weeks had passed. My mother felt it was unhealthy for a newborn to be exposed so early on to strangers—especially since the baby’s health and sensitivities are not fully known just hours after birth.

I honestly thought I was doing a good thing by waiting a few weeks before visiting. When I told my friend this, she said, “But we’re friends.”

Today, we are very blessed to have loads of books and research on human relationships. The fields of psychology and sociology have given us much insight into understanding the human experience on both the individual and the social level.

Now with a simple internet search, you can learn the latest expert information about dealing with bad friends, protecting yourself from friend abuse, and even ridding yourself of ‘toxic’ friends.

“A good friend can stand by us through thick and thin. But what if our closest friend brings us more problems than perks?” says Jen Weigel in the October 18, 2011Chicago Tribune article titled “Are you a victim of friend abuse? How to recognize and cope with unhealthy friendships” Weigel goes on to say:

According to a study conducted by the Today Show and Self magazine’s websites (www.today.com and  Self magazine) in May of 2011, eight out of 10 people have had a toxic friend in their lives—yet 83 percent say they’ve hung onto them because it’s too hard to sever ties. So why is it so difficult to get rid of these people who make our lives miserable? (Retrieved April 14, 2013 from here)

Though these studies are helpful in their own right—not to mention that they stoke our egos (especially when we imagine that we’re the martyr in the relationship)—sometimes when I read blog after blog and article after article on this topic, I say to myself, “we can’t be serious”.

Yes, I realize that bad and toxic friendships exist. And I know there are so-called “friends” who actually do psychologically and emotionally abuse others. But if it’s true that 8 out of 10 people have had a “toxic friend” in their lives—and given that so many of us have multiple friendship circles—then in any given friendship, chances are that almost every single one of us is viewed as a toxic friend in somebody’s eyes.

Just look at Zaynab and Nusaybah.

Close the Self-Help Book and Open Your Eyes

Unfortunately, we’re gradually becoming a “feel sorry for me”, self-proclaimed victim generation. And while we all need a shoulder to cry on when we’re hurting, it’s a very dangerous path to walk to automatically assume that because you are hurting—or to use Jen Weigel’s terms “getting more problems than perks” in a relationship—that there is a person to blame for all of this.

But there’s no need to point fingers. One or both of you might be going through a difficult time right now. You might be misunderstanding each other. And it’s also possible that you’re the problem.

Or you just aren’t meant to be friends. 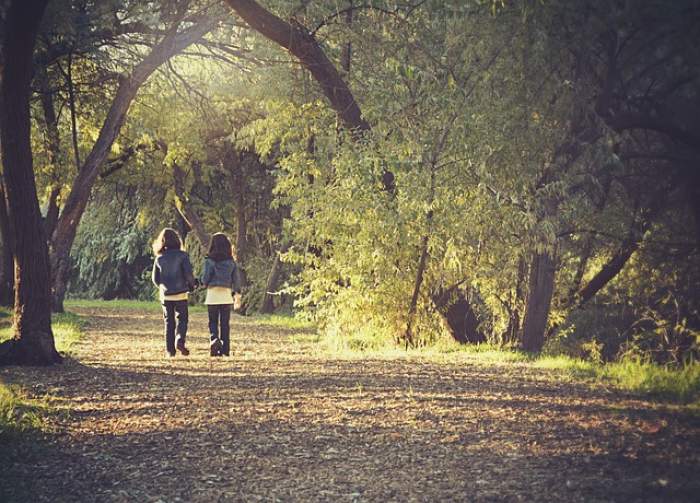 A Lesson from Istikharah: “O Allah if you know this affair to be good for me…”

Whenever I’m offering advice to someone struggling in a difficult marriage or friendship, I avoid the use of labels.

While the terms “abuse” and “bad” are justifiable at times, these terms can cause more harm than good when our goal is to merely identify practical solutions to a complicated problem.

In such instances, these labels are at best distracting, and at worst slanderous.

Thus, what we need to do is simply answer one question:

Is this relationship good for me in this world and in the Hereafter?

But this truth in no way reflects the ultimate good or bad of the person you are with.

Still Stressed? Get a Prenup

Imagine learning that your friend sat opposite someone saying, “She abuses me” or “She’s a bad friend.” While these accusations might be justified (at least in our heads), they are almost never unequivocally true. This is because, as any reputable social worker or psychologist will tell you, nearly all labels are subjective.

Thus, labels generally are not intended to indicate a definite, unequivocal reality.

Just look at Zaynab and Nusaybah. Undoubtedly, both of them need to take a step back and be balanced, honest and fair in evaluating the true source of their problems.

…As we all need to do in our friendships.

But if we can’t avoid using damaging labels to navigate our friendship problems, then next time around, it’s probably best to regress to childhood tactics and ask, “Will you be my friend?”

If our potential friend says yes, then pull out a piece of paper and write down a prenuptial friendship agreement.

It’ll save you both heartache, stress, and psychologist bills later on.