“You are a royal. You come from a royal background,” the Spruce Street neighborhood boys were told in Smitty’s barbershop when they came in for their weekly haircuts. With these words, the lives of these young African American males were impacted forever. They were inspired to think about themselves in a way that was broader and grander than they had ever imagined.

This was Newark, New Jersey nearly 70 years ago, a time when jazz music was the rage, zoot suits were in style and the Spruce Street boys were looking to have a good time, spending their nights dancing, partying and picking up women. The person speaking to them was their local barber, Brother Sabroon, who tried to inspire these young men to look deep within themselves to see something that was deeper than what they were living at the time.

Occasionally, Brother Sabroon would invite these boys to meet the man who inspired him: “The Professor”. Muhammad Ezuldeen was a man from the South who had journeyed to the Middle East in the early 1900s to study ancient Egyptian history and ended up studying the tenets of Islam and later becoming a Muslim. He taught his followers the basics of this religion, following in the footsteps of the Prophet Muhammad in the early days of Islam.

Over time, many of these young men began to ponder their broader purpose in life, asking what might be more meaningful than just having a good time, and thinking about what made their heritage special.

I Have Heritage, I Am Proud of It

I am the son of an early convert, and as someone who has known many of these African American converts to Islam 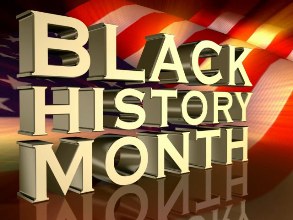 throughout my life, I have grown to understand that Islam provided many answers to these questions.

It seems that Islam was, for many of them, the answer to the powerlessness that they felt, a way to rise up and build themselves back into the people that God intended them to be. They finally felt “connected”, not just to their ethnic roots as black people but, more powerfully, to a universal and global family.

Professor Muhammad used to encourage his followers to migrate from the cities and “go back to the land”. He would captivate them with stories about their true heritage and their connection to the Biblical Hagar, mother of Ishmael.

They were taught that they were the original Arabs, the Hemetic Arabs, and thus they had an obligation to reconnect to their lost heritage, tongue, history and culture. Many of them also felt that by submitting to God they were taking their rightful place amongst civilized people in the world – a right that they were denied, in many instances, by the very design of society in those days.

In trying to achieve the same outcome, my elders would tell me stories of overcoming hatred of the “white man” and learning to love God and accept His decree. Some may view this as a passive form of acceptance but, in fact, the spiritual implications are very powerful indeed.

In my case, I was constantly reminded that my destiny was ultimately the design of God and for that reason no one had control over it or me except Him. Therefore I could not fall prey to the “blame game” which, in a larger context, made me responsible and accountable for my own actions and responsibilities.

In listening to the stories of these elders I have come to admire and respect the sincerity and depth of commitment that many of them possessed. For a significant part of my life, Islam was a habit for me – it was all I knew in my childhood. But for many of my predecessors, Islam was a true life-choice.

In my early adulthood, I often read the autobiography of Malcolm X, who would later become El-Hajj Malik El-Shabazz. His story parallels the stories of the Spruce Street boys and other African American Muslims who were not born into Islam, but chose another path to it.

The stories of these early converts continue to inspire me and inform both my understanding and my practice of Islam. And it is a story that has yet to be fully told.

This article is part of a series on African American Muslims written for the Common Ground News Service (CGNews) and can be accessed at www.commongroundnews.org.
We use cookies on our website to give you the most relevant experience by remembering your preferences and repeat visits. By clicking “Accept”, you consent to the use of ALL the cookies.
Do not sell my personal information.
Cookie settingsACCEPT
Manage consent