Imagine being a young Latino child traveling with your mother who is seeking asylum in a foreign land. Your journey has been long and gruesome. You don’t sleep well and are constantly being startled awake by the blare or a car horn, a woman wailing, or a baby crying out of hunger. Your mother hardly eats or drinks anything at all, but she never fails to give you, your baby sister and older brother the small rations of food that are available.

You try to forget the face of the man who almost succeeded in sexually assaulting and raping your mother on this trip from hell. The trip that your mother promised would reap the benefits of freedom, monetary prosperity and reunification with an aunt you have never met, who lives on the other side of the wall. She is now an Americana, a citizen of the greatest country on earth and according to mamá, she can help your family achieve the American dream. Of course, you have your doubts.

But your nightmare doesn’t end there. Eventually, after weeks of exhausting travel by foot, bus and car, you finally see a wall that divides you from the promised land– Los Estados Unidos.

Freedom is so close, yet so far away. You don’t understand why you aren’t all running towards the wall, this is what you were traveling for after all, isn’t it? You tug on your mother’s blouse and ask if the journey is over yet. Mamá hushes you quiet; ‘¡Callate!’ she snaps. She is busy securing a plan with the other adults on how the group will all cross over the wall without getting caught. 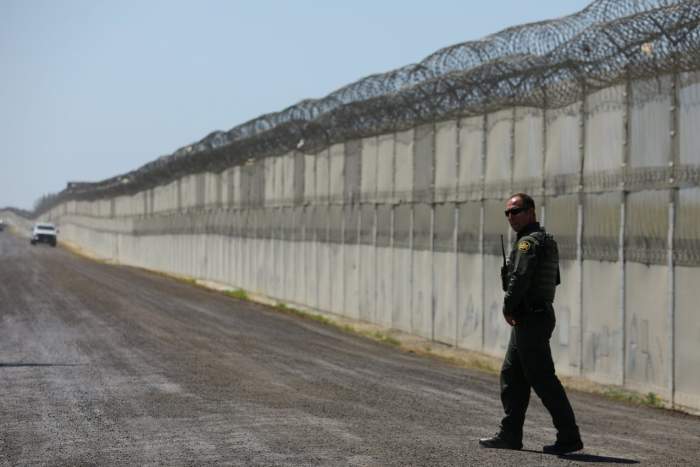 At night, you are frantically shaken awake by your mother who seems anxious. Maybe even a little afraid? And mamá is never afraid. This is when you know it’s serious. She gives you and your older brother strict instructions to remain as quiet as possible until you’re told otherwise.

You are not to speak or ask questions. She makes it clear that crying isn’t an option either. Mamá says it will bring too much attention to the group and will only bring about getting caught by the Americanos and being sent back to the economically poor, war-torn, and dangerous country you left behind.

When asked if you understood her instructions, you and your brother nod your heads in the affirmative, but you don’t understand the severity of her words – not yet.

The next thing you know, the Americanos in uniforms that blend into the desert terrain, wearing shiny badges, big boots and night-goggles point their big guns at your family, yelling at you in English. Although you don’t speak the language, the message is clear – get down on the ground.

German-Shepard dogs surround you, barking fiercely, snarling, baring their pointy teeth and salivating in rage. As if they were eagerly waiting for the command from their master to go ahead and attack.

The Americanos are multiplying and more and more begin swooping in and waving their flashlights in your faces in order to confuse, scare and intimidate the group – it works.

You and your family are all placed in handcuffs. All of you. Even the children. The next thing you know, you’re thrown in the back of a truck and the door slams shut. You begin to cry even though Mamá told you not to. Her eyes swell with tears and she looks at you so tenderly in an attempt to comfort you because her hands are restrained in shiny metal handcuffs and she cannot wrap her arms around you.

The sight of your mother begins to be blurred and her image begins to shake as your eyes swell with tears. You blink them away, only to have your vision blurred once again by the tears your Mamá told you not to cry.