“He likes the kids,” my husband tells me. “Maybe it’s one of those side effects of being the only child with that one child policy.”

Huh, I think about it, watching my husband’s colleague running around with our children in the kid-populated playground. (We are confident that this has nothing to do with paedophilia).

Must be sad, to be an only child, if the desire to have siblings is high. As a child of only three, I always knew I wanted many children and while there are times I think I may crack with my five, I know there isn’t a moment that goes by that I feel thankful that Allah has made it possible for our family to grow to this size (and possibly larger).

My heart always goes out to friends who want children but are unable to conceive; or those who want children but are opposed by their spouses; or those who fall into secondary infertility and are left raising only one child. I have friends who persevere through multiple miscarriages and stillbirths, and I know these are one of the hardest tests for the believer, as losing a child in utero or anytime afterwards is also one of my greatest fears.

But that moment in the playground, I realize I forget to sympathize with those – Muslims and non-Muslims – who live in countries / societies where legislation dictates or has an extremely strong iron fist over the number of children a family is entitled to have.

I can’t imagine not being able to enjoy yet another child, just because I need permission from an authority, and the same is not granted due to stringent legislation. I suddenly feel overwhelming grief for families who wish for more children but are held back due to government policies, mostly revolving around the fear of population, which would allegedly stretch the country’s resources thin to provide for growing families.

Innately, Allah has provided the desire to procreate for both men and women. Even the legacy of supplications by the Messengers and Prophets recorded in the Qur’an involve them asking, begging, crying to Allah for righteous offspring to carry on the da’wah of Islam, as well as their own name. If those of the pious were to beg from Allah for children, where does that leave us – the lay Muslim population who also have innate desires to hold babies who become the coolness of our eyes and our fixed deposit savings for the Hereafter, provided we raise them as Muslims of caliber?

There is even a running joke amongst women that they forget the pangs of labor so quickly, the recovery stage post-partum twinned with the sleepless nights, and the growing insanity in tandem with their laundry loads that accompanies a newborn, that they jump right into having another baby once the baby dust settles. It’s a joke – but it’s pretty much the truth! Allah (SWT), in His wisdom, has put something inside us to want to perpetuate the existence of the human race, despite the crazy laundry. 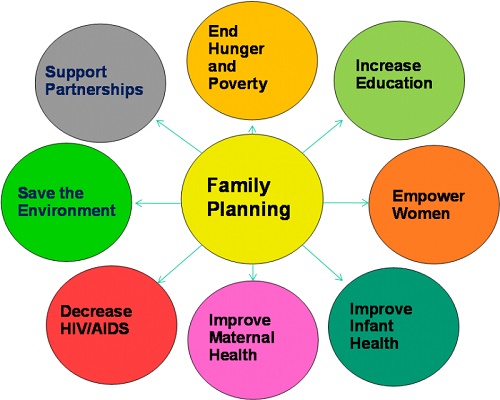 Granted, this isn’t in disrespect to couples who wish to have smaller families – perhaps one or two children – as there is nothing in the Sunnah that dictates a bare minimum of children for Muslim couples to be counted amongst the righteous.

But the overwhelming understanding of procreation is that there is an encouragement for Muslim families to have many children, in lieu with our beloved Prophet Muhammad (PBUH) announcing that this is something that will make him shine with pride on the Day of Judgment. And when this innate fitrah (basic nature) is dictated or limited by legislation, whether or not one’s preference goes with the “allowed” number of children per family, it is a violation of basic human desire and human right.

“Reproductive rights rest on the recognition of the basic right of all couples and individuals to decide freely and responsibly the number, spacing and timing of their children and to have the information and means to do so, and the right to attain the highest standard of sexual and reproductive health. They also include the right of all to make decisions concerning reproduction free of discrimination, coercion and violence.”

One begins to wonder how entire populations are barred from these basic rights.

According to the Fiqh (Islamic Jurisprudence) of Pregnancy in Islam, “the more the merrier,” is the consensus amongst scholars, but this by no means is to discriminate against those who prefer smaller families. In lieu of that, all forms of temporary family planning are permissible,based on the Hadith that the sahabah used to practice coitus interruptus (withdrawal before ejaculation), to space out pregnancies, and the Prophet (PBUH) did not object to this. There is however, a majority consensus that this has to be done in agreement between spouses, to obvious maintain mutual understanding, love, and respect between husband and wife.

As with the myriad of modern contraception, all forms are permissible, unless they are permanent in nature or dubious in terms of safety. A permanent contraception would include tubal ligation for the woman or a vasectomy for the man. A tubal ligation would only be permissible if a subsequent pregnancy would seriously threaten the health / life of the mother. A contraception that is dubious in terms of safety include those that are invasive or contain chemicals that may cause harm to the user as well. 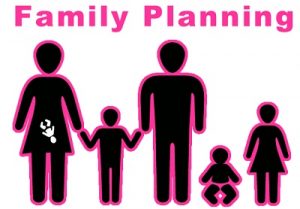 While there may be social pressure to keep families small, and this often revolves around financial strain, and on a larger scale, the fear of overpopulation and depleting resources, Allah ta’ala reminds in several places of the Qur’an:

“And no moving (living) creature is there on earth but its provision is due from Allaah.” (Hud: 6)

“And so many a moving (living) creature there is, that carries not its own provision! Allah provides for it and for you. And He is the All-Hearer, the All-Knower.” (Ankabut: 60)

“And kill not your children for fear of poverty. We provide for them and for you. Surely, the killing of them is a great sin.” (Al-Israa: 31)

By these ayahs (verses) alone, one would wonder whether fears of financial stress and overpopulation are even true. While it’s easy to conclude as Muslims that Allah will provide for every baby of whom He allows to be conceived (through resources provided to the parents, like work opportunities), overpopulation has also been proven to be one of the greatest myths of modern times, causing unnecessary fear in modern society, causing nations to put a limit on procreation.

While I agree that staunch poverty exists in some parts of the world, as does other basic amenities as well as important resources to education, these problems lie in the poor management of the same, self-serving political ideologies, and a deterioration of humanitarian values that should extend help to others. Scarcity of resources is not due to over population.

In fact, according to Population Research Institute, Key Causes of Hunger is a function of several factors, including: poverty, conflict and war, natural disasters, over exploitation of natural resources, and poor agricultural infrastructures. Notice how over population is not a recorded key cause in this instance either.

Living under a Law of Limitations

While it is easy to argue in theory with respects to rights to reproduction for every couple, and especially those who want to adhere to the religious principles of having “more” children, it still leaves families living under these types of legislation in very difficult predicaments. 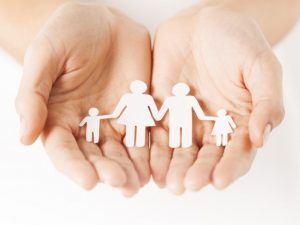 For some communities, it is easier to speak up against these types of legislation, whether be it based on personal choice (based on the guidelines of the WHO, perhaps), or freedom of religious practice and beliefs. For the latter, it is imperative that Muslim leaders and Islamic scholars do justice to the population (Muslim or not), who wish to oppose these types of legislations, as again, it very much violates the personal choices and decisions of family planning. This is also a grand opportunity to spread the da’wah of Islam, whether living in a Muslim-majority country or as a Muslim minority in a non-Muslim country.

Accordingly, Muslim participation is needed in improving living standards, educational resources, redistributing basic resources (such as food and water), and other incentives to enhance the standards of living, where in which there are concerns with respects to overpopulation, or generally, poor situational circumstances for poorer families. This would put a lot of fears to rest.

As with Islam encouraging family planning, especially with respects to the health of the childbearing mother and the welfare of the children she bears, sexual and reproduction education would definitely be a plus factor for many couples to make better informed choices, without “burdening” the government or communities that they live in. This isn’t to put childbearing couples in a negative light, but to gain better knowledge and understanding when it comes to reproduction, for healthier pregnancies, babies, and mothers.

Outreach to international bodies related to human rights would be an avenue to look into in order for camaraderie with those who advocate such basic rights. Creating awareness often is able to put pressure upon governments to relax laws that conflict with individual preferences.

While all these are suggestions, they can only be seen through if there is unity within the communities, as well as support from the outside. As we know, there are countries that are absolutely stringent with their laws, and limitations on procreation have reigned supreme despite criticism and protests.

In these cases – besides migration as an option – there is the reluctant option of abiding the law, in order to take the route with the lesser evils. I say this – with extreme reluctance – after knowing of stories of assaults upon expectant couples – the mother especially – leading to forced abortion / birth rape, and punishing the grieving couple by putting them through the same and more. Knowing these risks (and the risks associated with forced abortion), perhaps it is wiser to place value on the life of the mother, over and above the life of the next child before he or she is conceived, if it can be prevented, (as always, Allah is in charge of conception).