Back when she was seventeen, Aisha was one of those clear-thinking, capable, and responsible young women.  “Originally,” she explains, “my main reason for wanting to get married at an early age was to protect myself from promiscuity and any fitnah of that type.

I saw other Muslim teens around me falling into those sins, and I felt scared of what I might be capable of. At the same time, I felt I was mature enough for marriage; I had completed high school early, started college, and was working and helping my recently widowed mom take care of my siblings.”

Aisha’s marriage ultimately ended after she left her husband after enduring many years of abuse from him.  When asked if she feels like her youth in particular made her susceptible to the abuse, she responds, “I think that being young and not understanding people’s personalities, and not realizing the importance of setting boundaries, could be a factor in being a victim of abuse.

However I do have a lot of other friends who did not marry young who also did not recognize the red flags before they were married. Most of these women were married to narcissists like I was. So I think that unfortunately, it is difficult for many people to really recognize they are in a relationship with a narcissist until it is too late.”

Fortunately Aisha has found happiness now with a caring husband and a fulfilling marriage and can look back on her past experiences with insight.  “I think that though many negative things happened (abuse, etc.),  it became a good thing in my life, because it strengthened my faith and reliance on God.  It shaped me into who I am today,” she says.

Noorah* was 16 when she secretly married the man she loved, who was 22, without her parents’ consent.  She says she took that bold step because she was a revert to Islam, and her non-Muslim parents did not support her marriage to a Muslim.  Unfortunately for Noorah, the relationship ended in divorce.  She describes her breakup as “a traumatic and sad event in my life.”

Time has given her perspective and healing, though.  “Looking back, I always think it was in Allah’s hands and it had to happen, so I don’t see it as a negative or a positive thing. Despite my young age, I understood what marriage is and I was serious.  I imagined a life together, and a family, but we had cultural difference-based problems, and later he made me apply for a divorce,” she says.

After her difficult first-hand experience, does Noorah now think that child marriages are unwise?  “I don’t think that age really matters, “ she asserts.  “If someone thinks he/she is ready for marriage, then do it. I just don’t agree with marriage that is forced (by parents, for instance).”

In contrast to the unhappy endings of Aisha’s and Noorah’s first unions, Jamilah’s* story of young marriage is both romantic and triumphant.  Four months shy of her 18th birthday, Jamilah from the U.K. chose to perform an Islamic nikah with a 26-year-old Muslim man whom she had met and gotten to know through a traditional arranged courtship.

“My marriage was arranged,” clarifies Jamilah, “but I was involved in every single step, from deciding which potential husband we we going to meet first, to the questions I wanted to ask, to the dowry I wanted to ask for. Arranged means simply that – ARRANGED. As long as you are involved in the arrangements, it’s not forced.” 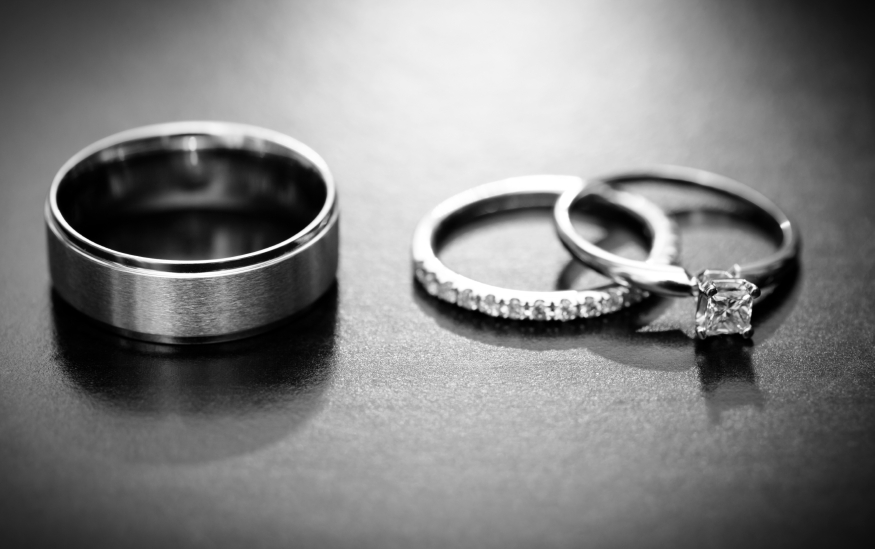 Like Aisha, Jamilah sought relief from the temptations of the hormonally-driven, overwhelming teen years in an early marriage.  “Most of my friends had boyfriends and were enjoying the companionship and tenderness that came with it,” she shares.  “I was incredibly lonely in this sense.  I was surrounded by fitnah from movies, books, TV, and friends.  Teenage life was HARD.  I always felt it was unfair that society deemed me old enough to have a boyfriend and have sex, but not to have it within the confines of a committed relationship whereby my partner has to take care of me.”

Far from facing abuse or conflict in her young marriage, Jamilah found great contentment.  “My marriage was definitely a positive thing,” she says.  Once I married my husband, I had someone to share life with, to share experiences with.  I had someone I could trust, have fun with, and completely let my guard down with.  As our marriage was arranged – right down to the interview-style questions at each meeting – we had assured our compatibility.

Romance and love are never constant, unwavering emotions that last a lifetime.  Love wavers like a heartbeat. Sometimes it is burning bright, and sometimes it fades. But when it dims slightly, we are still best friends, we still make each other laugh until our sides hurt, and we still have enough in common to keep us talking non-stop for hours.”

Muslim parents worldwide seem to have polarized opinions on child marriage.  On one hand are elders who marry off their young daughters against their will, or (far less common), pressure their young sons to wed before they feel ready.  On the opposing side are parents who deny their children’s requests to marry because they fear that youth will be an insurmountable hindrance to financial security and/or a higher education.

The important thing for every Muslim to remember is that no one should be coerced into marriage.  Men and women of any age should have the final word on whom they marry, and if a child resists marriage for any reason, their wished should be honored.

Jamilah has wise advice for Muslims under the age of eighteen who are considering marriage.  “Arranged is truly the best way,” she asserts.  “As long as you have a wali you can trust and someone to help you find the one YOU want to marry, it is easier when it is done in the business-like style of an arranged marriage.  It keeps your emotions at bay, preventing you from making an impulsive, love-fueled decision that may impact you negatively later on. With an arranged (NOT FORCED) marriage, all the deal-breakers are laid on the table before you get too attached.  [Your potential husband] may want ten kids, and you only want the one.

He may want you to stay at home, but you want to continue your career full-time.  Better to find these things out NOW before attachments develop and hearts get broken when you realize that a contented married life would be a struggle for two people who want opposite things in life.  Of course, it is not all business.  You could be as compatible as anything, but there is no point pursuing it if there is not a spark of attraction there!”

Aisha adds her own sage advice, learned from hard experience:  “I got married without being attracted at all to my husband, and I thought this was a marriage purely for the sake of Allah, to a good man.  But Allah wants us to find comfort and love with our spouse.  That means that there has to be something there beforehand, and inshAllah it will grow even more afterwards.  But to think that love and attraction will come without really even knowing or seeing the person is false, period, or extremely rare.

It is clear that child marriage is a topic that must be considered very carefully by parents and youngsters before they take the enormous step of nikah.  Each child’s maturity, wishes, ambitions, and preferences must be considered.  Islam is a just faith that requires justice for its adherents.  Marriage is a sacred covenant that should ensure peace and tranquility for both spouses, and this situation will only occur when both partners are able and willing participants.