One thing didn’t happen last ‘Eid Al-Adha, that I hope I don’t forget to do again this year. It’s from the most basic of Islamic manners and was lost on all of us.

In small Swedish city called Linköping, I was listening to last year’s ‘Eid khutbah in Arabic. Like many non-Arabic-speaking Muslims I don’t have Arabic as my first language. I grew up in an Arabic speaking country, still my Arabic is rusty and limited. I use a bilingual Qur’an to understand most of the text, but some I can translate off the top of my head. There were several gaps in my understanding of the khutbah by our local Moroccan imam.

I am not so familiar with Moroccan accent, intonation, and vocabulary. I was sitting by myself in a thronging packed hall of worshippers from several nationalities and language communities. The prayers take place in a sports hall of the university as the smaller mosques in our city do not have enough space. Everyone sits in an undivided big hall where we can clearly see the imam from the women’s side. ‘Eid, as usual, is the day of rejoicing and in that celebratory vibe I notice many people wearing their traditional dresses, some are sitting in groups of friends most often which share one language and ethnicity. Before the ‘Eid khutbah, the imam addresses the congregation in Swedish, the lingua franca of the Muslim community here.

What is the language of Muslims?

The second-generation Muslims who are either born or grow up in Sweden communicate in Swedish in their schools, playgrounds and all the other places including the mosque. Some recent migrants can use only their ethnic languages, other bilingual and educated migrants can use only English as a lingua franca without being able to use or speak Swedish and Arabic.

The imam was changing his intonation as he came towards the end of his khutbah and began making du’a. Those people who understand Arabic raised their hands, others copied them and yet some others just remember the intonation and the words “Ya Rabb”. As soon as the du’a is over, and the prayers start, all the mumbling in Somali, Swedish, Arabic, Urdu, Bengali and so on ends. Everyone enters the prayers’ mode with just one language, Arabic whether you understand it or not.

The end of the prayer and the beginning of what?

I was sitting in the middle. People of one language group were on my right and people of another language group were on my left. The left ones hugged each other and the right ones hugged each other. I sat there quietly, trying to push a smile onto my face as I stood up. I looked to the person on my left, who just minutes ago we were trying to keep our feet together in a safe blockade against Shaytan. We were so close that I could smell the dark henna in her hands when she raised them following the imam’s calls of “Allah u Akbar”. When she finally turned her head towards the right shoulder and said ”Assalamo alikum Wa Rehmat Ullah,” I could feel her breath on my neck. We were so closely following the steps of our ‘Eid rituals almost like kids when they play a game together. 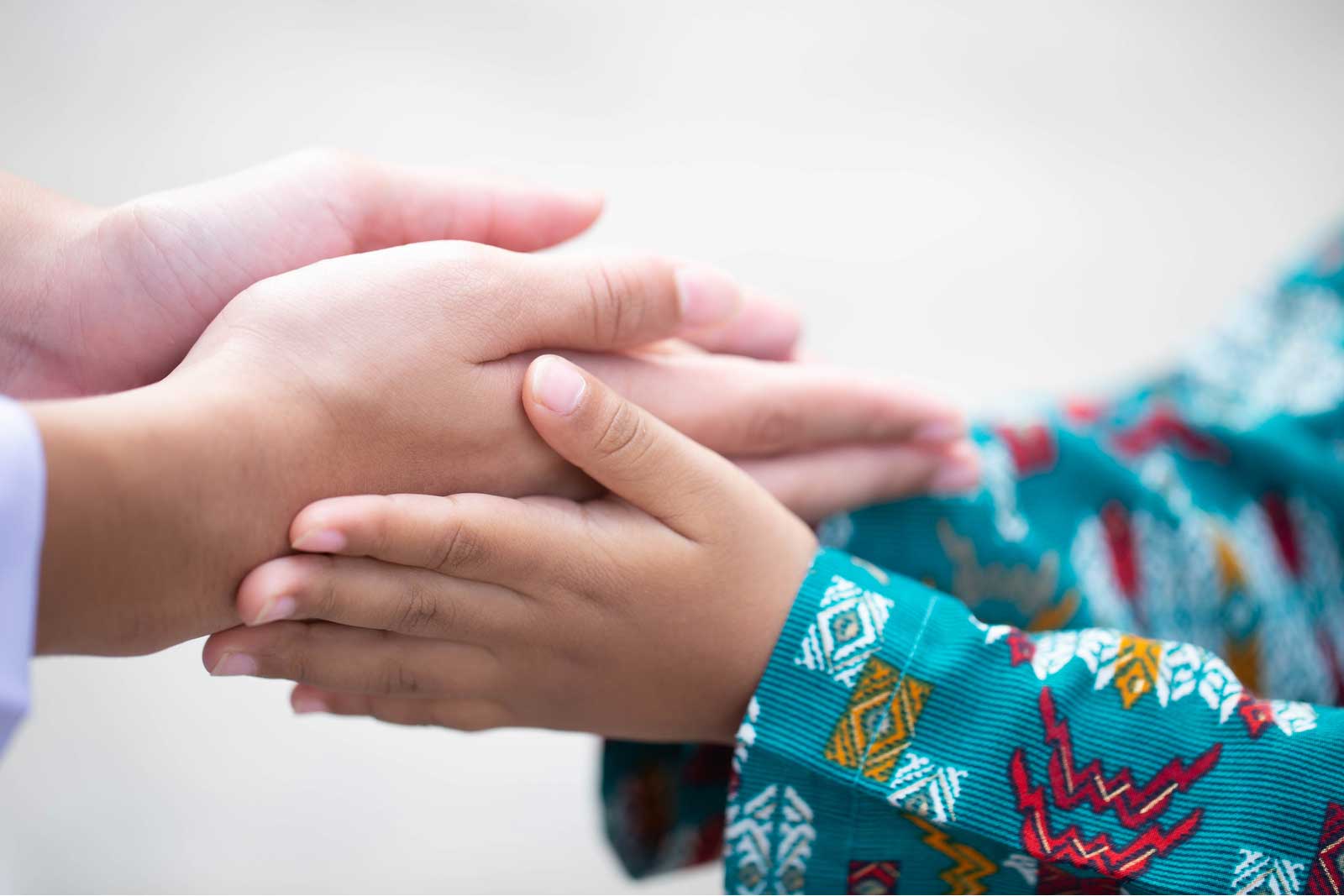 What did the students already forget?

The ‘Eid Prayer almost felt like following the actions of the teacher when you are acting out the nursery rhymes in kindergarten. We were all facing the Ka’bah standing in unison in front of one God— the most beneficent and the most merciful. What happened after the ritual of the prayers is beyond my understanding.

Shouldn’t such a powerful congregation in unison have some sort of effect on our manners and social interaction?

I stood there looking at the people’s faces who came from all social classes, educated, not-so-educated, young, old, locals, immigrants, rich, poor, and different ethnicities. The power and richness in the crowd was overwhelming but there was something missing too. As soon as the salah rituals ended, the division of the groups based on languages was somewhat understandable but people could have easily been inclusive by smiling, greeting, and hugging each other. We did not even exchange more than the simplest salams, if that. What I wonder is, are we alone in this misstep? Do you hug and greet people you do not know in your ‘Eid congregations?