Nearly 20 people per minute are physically abused by an intimate partner in the United States.
aaa

According to the National Coalition Against Domestic Violence, nearly 20 people per minute are physically abused by an intimate partner in the United States. Over the course of a single year, this adds up to 10 million incidents of abuse. Across our lifetimes, 1 in 3 women and 1 in 4 men will be victims of some form of physical violence by intimate partners.

Muslim immigrants to North America are especially at risk for prolonged violence and abuse. The Canadian Women’s foundation notes that immigrant women “may be more vulnerable to domestic violence due to economic dependence, language barriers, and a lack of knowledge about community resources.”

It turns out that newcomers to Canada, many of whom may already be traumatized by oppressive governments or war, are also much less likely to turn to authorities to report crimes of physical or sexual violence. These immigrants are more likely to fear additional oppression, victimization, and even deportation by the authorities if they report crimes and abuse. Their trepidations also put them at greater risk of compounded, often invisible, injuries over time.

One such type of invisible injury can happen inside the brain as an outcome of intimate partner violence (IPV). The injury is called a traumatic brain injury (TBI), and victims of domestic violence are in great danger for sustaining this type of injury. Additionally, when new injuries occur before previous injuries have healed, this can exponentially worsen symptoms. If the injuries and abuse is left unaddressed, victims develop compounded traumatic brain injuries over time.

What is traumatic brain injury (TBI)?

Traumatic brain injury, or TBI, occurs when a sudden trauma disrupts normal brain function and damages the brain. There may be primary injuries, those that happen fully in the moment (such as a gunshot wound), as well as secondary injuries (due to swelling and other complications) also called delayed injuries, that worsen with time and can occur well after the original incident. The County of Santa Barbara TBI handbook also notes that “severe, obvious trauma does not have to occur for a brain injury to exist.”

According to Medscape, primary injuries are the result of a mechanical contact trauma such as an object striking the head or the brain hitting against the inside of the skull due to quick acceleration and deceleration. It can also be caused by punches or blows to the head, neck and shoulders.

Brain injury can also occur when a person loses their oxygen supply to the brain. This is known as anoxia, and in a domestic violence situation, is often caused by choking, strangulation, near drowning, or even poisoning and other drug reactions.

It’s important to understand that even only three to five minutes without oxygen to the brain can cause irreversible harm. A victim who loses consciousness as a result of a loss of oxygen or any other traumatic blow to the head is also cause for serious alarm, but falling unconscious does not need to occur for there to be brain damage.

What are the symptoms?

Post-injury, women are more likely than men to report symptoms like “headaches, dizziness and loss of confidence” as well as “lack of initiative and needing supervision.” One 2010 study published in the journal BMC Neurology noted that these symptoms are ones that women found “significantly more problematic in daily functioning.” Knowing what symptoms men and women are more likely to report, is important for helping advocates recognize and support women in healing and managing their TBI. 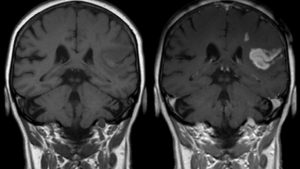 Another unfortunate fact that a 2011 Critical Review of Traumatic Brain Injury in Intimate Partner Violence noted that TBI symptoms are often mis-categorized as mental health problems resulting from the intimate partner violence, rather than the neurological consequence of physical violence. TBI sufferers are routinely told to visit psychiatrists for medication and counseling solutions to what is actually a physical injury – not due to trauma or stress.

TBI is also widely common in victims seeking emergency medical care and emergency shelter. There are estimates that TBI prevalence is around 30 to 74% in these populations. This means that both staff in emergency departments and shelter environments must be more attuned to the needs of these sufferers. Extra compassion must be exercised when it comes to accommodating TBI victim handicaps and struggles with accessing services and following through with plans of action.

How does a traumatic brain injury affect victims?

Behavior and personality changes may include depression – which unfortunately occurs in over 40 percent of victims hospitalized with a TBI, decreased tolerance for frustration, and emotional responses that do not correspond to events.

Physical effects include seizures, memory loss, insomnia in up to 80 percent of victims, severe fatigue, chronic headaches, and decreased coordination.

It’s important to recognize that these symptoms can all be consequences of physical domestic violence trauma to the brain. Ironically, the symptoms associated with traumatic brain injury are also often perceived by an abusive partner as “defects.” Women are often re-abused for displaying symptoms like confusion, difficulty remembering things, and depression. 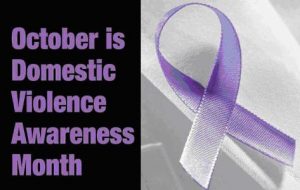 Unfortunately, there is currently a relative dearth of research on TBI as a result of domestic violence. However, what research does exist indicates some troubling data. One small study which looked at 53 women, 92% of whom reported having received hits to the head, showed a strong correlation between frequency of being hit in the head and cognitive symptoms.

The Sojourner BRAIN Program in Phoenix, Arizona is one research center conducting groundbreaking investigations into TBI and domestic violence victims. While some understanding has been gained as a result of greater awareness of TBI in athletes and veterans returning from war, the damaging effects of intimate partner violence and brain injury deserves more attention.

Despite these long-term repercussions, domestic violence facilities and the field at large are not, in large part, addressing the needs of women and children experiencing TBIs. Center staffs are largely untrained to recognize, screen or treat such issues. Women and children suffering from TBIs often find it difficult to adhere to the programming rules and participation required by most shelter environments.”

This new research is important because it is shedding light on the links between TBI and the disability and death of domestic violence victims. Understanding the effects of TBI on victims can grow our ability to pass needed laws and regulations and also help us get victims the help they need most post-incident. A more thorough understanding of TBI will help us give appropriate care and assistance to community members in need.

What does this mean for Muslim Communities?

Domestic violence issues are arguably more prevalent in many Muslim communities compared to the general non-Muslim population. This is due, in part, to the proclivity towards larger multi-generational families and extended family living situations. It’s not uncommon for smaller families like brothers, sisters, in-laws and cousins to share a roof in many Muslim cultures. 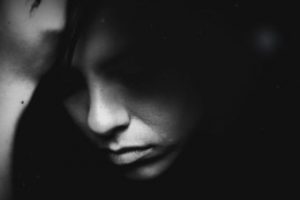 Muslim immigrants to North America are especially at risk for prolonged violence and abuse.

While large extended families living together can bring some benefits, the culture also brings more opportunity for verbal and physical violence in the home as well as more opportunities for prolonged repeat abuse.

Abuse is even wrongly “justified” by Muslim men and women alike. In one survey of 202 Arab-Americans (162 women and 40 men – 98% of whom were Muslim) cited by the Asian Pacific Institute on Gender-Based Violence, a large portion of interviewees approved of a husband slapping his wife under certain conditions.

This troubling study, and others like it, indicates a gendered cultural justification of domestic violence that puts Muslim families at risk for abuse and traumatic brain injuries.

Additionally, Muslim community members are more likely to reach out to their friends, family, and community before looking for assistance from others outside the faith. This means that community members, like Imams and mosque administrators, need to be trained in how to recognize, and assist, victims of domestic abuse, domestic violence, and traumatic brain injury.

If women describe any type of abuse – including verbal, sexual, financial, emotional, spiritual, or physical abuse – in-depth assessments need to be made. Many women may not realize that what they are experiencing is abuse. They may also not recognize the symptoms of their brain injury. It’s important to help them get that clarity before moving on to offer them other support services.

How can we help?

According to the New York State Office for the Prevention of Domestic Violence, a brief screening tool was created for use professionals who are not TBI experts. Known as the “HELPS” assessment, it is a fast and easy way to determine if victims of domestic violence may have a traumatic brain injury. It involves asking a series of five questions: 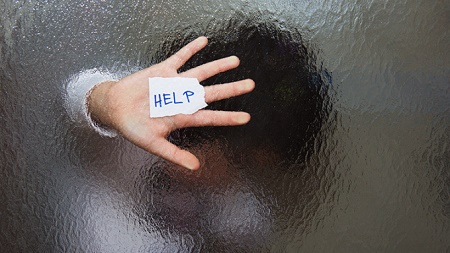 P = Are you having problems with concentration and memory?

S = Did you experience sickness or other physical problems following the injury?

Answering “yes” to any of the questions may indicate the existence of a traumatic brain injury. This injury should be accommodated in future interactions just like we would accommodate any other injury or disability.

Brain injuries are often permanent. They can make it very hard for victims to make reasonable and consistent choices in their lives. Extra support and understanding is crucial to empathetically accommodating survivors of repeat traumatic brain injuries in our mosques, Islamic centers, and community outreach activities.

What to do if someone you know is being abused?

If someone you know is experiencing domestic abuse in a family home or at the hands of an intimate partner, they are going to need an extra dose of love, help, and support to get through it.

If there is an emergency situation please consult emergency services like 911 or go to your nearest emergency room.