The Truth about Domestic Abuse and Children’s Development

What No One Told You about Spiritual Abuse in Islam

Domestic abuse is found in all cultures and all parts of the world. However, one thing remains constant no matter where it’s found: archaic cultural norms often make it hard for women to leave abusive relationships and get needed resources from local authorities.

Often, an immeasurable amount of red tape is placed in front of victims making it challenging, if not impossible, to access the services and help they need to survive and thrive.

From ineligibility barriers to social welfare programs, to ineffective policing procedures, to superfluous (and prohibitively expensive) court protocols – many victims of abuse find themselves trapped in abusive relationships.

In these marriages, their basic rights and needs are unmet. They also may be systematically stifled: unable to leave for greener pastures.

According to the National Domestic Violence Hotline, on average, it takes a victim seven tries before finally leaving their abusive partner.

That’s seven painful, frightful, and stressful lunges towards freedom. Seven pushes towards independence before a victim finally breaks free and makes a new (albeit often harrowing and initially unstable) life for herself and her children.

Often, that new life starts out on the run.

The new life can be lived in victim-witness protection programs, domestic abuse women’s shelters, or as a nomad – moving about from spare bedrooms and couches of friends and family members – as she gets herself, and her kids, back on their feet.

Leaving an abusive marriage is often like getting a rug pulled out from under her. It destabilizes the victim in such a way that she hits the floor hard – dazed and confused.

However, it’s not just the sudden thrust into new experiences that is so disrupting and upsetting, it’s also the cultural systems and local services one encounters moving forward. In some cultures, these systems can make the process of re-finding footing even harder as they seemingly make the process of getting safe and stable as difficult as possible.

One converted sister in the U.S. was living with a man who refused to pay for anything more than rent.

Even though the Quran states that men are the protectors and maintainers of women (Quran, 4:34), some Muslim men choose to ignore this responsibility to the women in their lives.

In the case of this particular sister, she was responsible for all of the rest of the living expenses – including food, clothing, and other bills. Unfortunately, due to her health issues she is unable to work and not able to pay for all her daily needs.

When she tried to apply for local government assistance, the agency required copies of her husband’s tax returns and paystubs. However, because her husband worked under the table, he refused to offer the figures – knowing, probably, that he makes well over the legal lower limit that would qualify his family for aid.

Unfortunately, in cases like these where the woman doesn’t have the ability to move out on her own, and her guardian refuses to care for her, the local authorities were not prepared to do anything to help her get the assistance she needed to survive.

In essence, this sister was financially abused by both her husband and the state. By her husband – because he refused to take care of her needs, and by the state – punishing her for staying married to an abusive man because they required documentation that she was completely unable to provide.

I believe there should be provisions in the law for victims of domestic violence and abuse so that they can access financial assistance and medical help. This should be assessed and enacted even if they are legally currently married to an abuser. This is especially important if the abuser uses finances to exert power and control over his victim – ensuring she doesn’t eat, get her medications, or even have the basic utilities she needs to survive.

Guardianship to those who don’t deserve it

In most Islamic countries, an overly literal interpretation of Islamic law can also make it difficult in other ways for those escaping violent or abusive marriages to get the financial assistance and help they need.

Islamic countries often require special letters and documentation proving that women are not being supported by the men in their family before aid is disbursed. A woman who claims that she does not have a man supporting her is required to submit proof of divorce, death, or abandonment of her husband and proof of the death or abandonment of all the other potential walis, mahrams, and guardians in her family.

The proofs must go on up the list of walis and mahrams – all those men who are obligated to support her including her son(s), husband, brother(s), uncle(s), father, and even grandfather(s) in some cases.

For poor women especially, this process can be both lengthy and prohibitively expensive to sort out.

Acquiring original notarized copies of needed paperwork from the various different offices, provinces and jurisdictions can be an arduous task. Meanwhile, the victim is left with minimal, if any, government assistance to ensure their family’s food security and other home expenses.

Don’t get me wrong. I appreciate the emphasis on Islamic responsibilities. I expect a strong social pressure on Muslim men to not shirk their duties and properly look after their families and those in their care. However, these practices can make the lives of those who are unfortunately not supported by any men excruciatingly difficult to manage. 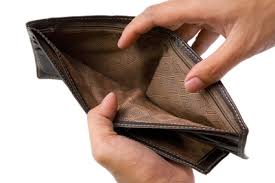 “If you want to implement the true guardianship that Islam actually has instructed,” said Sofana Dahlan, speaking to Caryle Murphy of the GlobalPost, “women should not spend a penny from her money because her guardian is supposed to be taking care of her from A to Z. But that’s not happening.”

There needs to be a middle way where appropriate and immediate financial help is given to those in need, with the details sorted after the crisis had passed.

Countries need to balance human welfare and consider cases of aid and help on an individual basis – with a stronger understanding of the dynamics of abusive relationships and financial abuse. If social workers are able to recognize the signs of financial abuse – they will be more likely to approve aid applications in these types of cases.

Getting financial assistance will ensure that abused women have the strength, and energy, to continue to work towards freedom. Financial security will enable them to get the help they need leave their abusive partners and thrive on their own – ending their burden to the state.

The longer that victims are oppressed by both their guardians and governments, the less powerful they will feel, and the less inspired they will become to break free from the shackles of abuse.

Perhaps, with some changes to the system, we can reduce the number of tries it takes for a victim to leave her oppressive partner and guardian, from seven to only one.