On Tuesday evening, I joined thousands of my fellow American Muslims in watching the  election results roll in, slowly, from across the nation.  As more and more states on the blank map turned red to reflect Trump’s electoral wins, many of us felt shock and disbelief. The majority of pollsters had been predicting a Clinton victory. Strategists considered her campaign more organized and disciplined than Trump’s, and she had been declared winner of all three presidential debates.

The nation had watched Trump cause scandal after scandal throughout his campaign as he insulted women, Mexicans, immigrants, African Americans, disabled people, and of course, Muslims. He had been caught on tape bragging about grabbing women’s genitals and kissing them without consent. Just weeks before the election, a dozen women formally accused him of sexual assault, and he also faces charges of raping a thirteen-year-old girl in 1994.  “How,” many Americans asked, “Could this man possibly ascend to the highest position in the land?”

And yet he did. While Clinton won the popular vote, Trump won the necessary amount of electoral votes to secure the presidency. While the majority of Muslims mourned the Trump victory, there were those who supported him for a variety of reasons. Some saw him as a refreshingly honest (albeit crass) voice in a corrupt political system.

Others perceived him to be a successful businessman who would give tax breaks to the wealthy and set our country on a better economic path. Many felt that, as morally bankrupt as he is, he would still be a better leader than Clinton, who they see as a wolf in sheep’s clothing. Clinton’s history of supporting Israel and condoning drone strikes in Muslim-majority lands were unpardonable to many American adherents to Islam.

While a number of Muslims chose to vote for a third-party candidate like Gary Johnson or Jill Stein instead of Trump or Clinton, others felt this action was akin to throwing one’s vote away, since those minority candidates had no real chance of winning.

We will never know, now, what Clinton, Stein, or Johnson would have done as President. We don’t yet know what changes Trump will implement on this country. Will he really build a giant wall between us and our southern neighbors? Will he actually attempt to push forward plans he suggested last year to ban Muslims from entering the country? Will require Muslims to register in a database, as he also announced he would “certainly,” “absolutely” do?

US Muslims fear for their future

While the future is unclear, immediate day-to-day life and safety are at the forefront of Muslims’ minds. On Wednesday morning, those thousands of us who oppose Trump faced the unpleasant task of informing our children that the man who has demonized our community and many other vulnerable Americans had indeed won the presidency. I cried as I told my teenagers that the nightmare had come to pass.  I worried for my thirteen-year-old daughter, who is the only young woman in her school to wear a headscarf. Would she face bullying?  Would even one racist, Islamophobic classmate feel emboldened by the victory of a hateful leader?

I cannot count the number of stories I have heard from Muslim parents in this country whose children are terrified, on a daily basis, because of Trump. They are afraid that they or their loved ones will be ejected from their homeland, regardless of the fact that they are law-abiding American citizens.  Many kids are facing bullying at school because of his rhetoric. 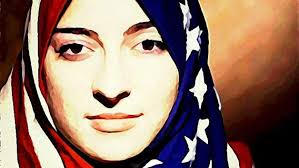 A study by the Southern Poverty Law Center revealed that this year’s presidential campaign is “producing an alarming level of fear and anxiety among children of color and inflaming racial and ethnic tensions in the classroom. Many students worry about being deported.” Educators are calling this unfortunate phenomenon “The Trump Effect.”

For African American Muslims, or those with dark skin, the prospects are even more grim. “To my non-Black Muslims. If a Trump presidency terrifies you, you have no clue what it means to be Black in America.”  wrote Layla Abdullah-Poulos on Facebook.

With the hate group KKK celebrating Trump’s victory as their victory, it is no wonder that the thousands of Americans who do not have white skin or who are marked in some way as “other” feel terrified and unsafe.

One of my own family members is a Trump supporter.  She keeps advising me not to “overreact” to the news of his victory.  She assures me that if I give him a chance, I will see that the new commander in chief doesn’t have bad intentions for most Americans; he just wants to weed out the “dangerous” ones.

The problem with this mindset is that Trump and so many of his supporters see anyone who is not white and not Christian as a dangerous “other.” People of Mexican descent are “others.” Black-skinned and brown-skinned Americans are “others.” Muslims are “others.” Even women are sometimes Trump’s “others” – nothing more than beautiful (or “ugly”) bodies for him to grope, harass, parade on stage, or ridicule.

Instead of seeing the wonderful melting pot that makes America diverse and vibrant and full of talent, Trump and his ilk wish to weed out those who are not like them. This un-American attitude is a tragedy and will set our country on a backwards, horrible path if Trump continues to promote it.

In the end, I see nothing short of a national tragedy:  a presidential campaign that was based on stoking the fires of people’s fears, anxieties, xenophobia, and hate has been successful. Trump has won. Hate has won. Now American Muslims face choices: we can pack our bags and leave, or we can stay and insist on our rights, and the rights of our fellow citizens. We can succumb to fear and numb inaction (and believe me, this is tempting!), or we can be strong and steadfast, knowing that this decision was made, in fact, by Allah SWT who is the Best of Planners.

“And it may be that you dislike a thing which is good for you and that you like a thing that is bad for you.  Allah knows but you do not know.”  Surah Al-Baqarah, 2:216)