To know anyone, you have to know those closest to them—those who shaped them, taught them, inspired them, cared for them.

In this way, to know the Prophet (PBUH), you have to know who the people around him were. To be sure, he was supremely influential. He shaped the lives of his companions in incredible ways. His legacy is still shaping our lives today.

But like any other human being, he was also influenced by others. Thankfully, Allah (SWT) surrounded the Prophet Muhammad (PBUH) with many amazing people, including some very strong women. Here is a very brief look at some of great qualities these women possessed:

Barakah (may Allah be pleased with her- RA), was a servant in the family of Muhammad (PBUH) long before Muhammad was even born. She looked after the affairs of his mother and father with great devotion and commitment.

‘O Barakah! I have seen a strange dream,’

‘Something good, my lady’, I asked.

[Aminah said], ‘I saw lights coming from my abdomen lighting up the mountains, the hills and the valleys around Makkah.’

‘Do you feel pregnant, my lady?’

‘Yes, Barakah,’ she replied. ‘But I do not feel any discomfort as other women feel!’

‘You shall give birth to a blessed child who will bring goodness,’ I said.

When Aminah gave birth to Muhammad (PBUH), Barakah (RA) was the first person to hold him. Early in his childhood, Aminah, while on a journey, became seriously ill with fever and passed away. Barakah became like a mother to the orphan child when he was in the care of his grandfather and then his uncle.

She continued to look after and care for Muhammad into adulthood as a mother would look after her own child. She stayed with the Messenger of Allah (PBUH) even after his marriage to Khadijah (RA).

And when the message of Allah came to Muhammad, Barakah was one of the first people to accept Islam. Barakah was warm, protective, and nurturing and became like a second mother to the Prophet (PBUH) who was orphaned so young. He called her “ummi”, meaning mother in Arabic. [i]

During the battle of the Trench, Mu’adh (RA) sustained a serious injury for which he sought medical treatment. It is in this instance that we first come across the name Rufaydah, her medical skills, and her clinic- which was a simple tent called ‘Rufaydah’s tent’

Rufaydah became very skilled in healing broken bones, wounds of war, etc. from on the job experience. She was keen, compassionate, and resourceful. It was said that she sought whatever means was available to her to treat those in her charge.

Remarkably, she never asked for a fee for the treatment she gave, instead spending out of her own money for her patients’ needs. [ii]

Al-Khansa (RA) was a true artist who saw beauty in language. She started crafting poems at an early age, but was timid and never produced more than a few lines. That was until she retreated into her art when faced with the loss of her brother.

In her sorrow, she refined her talent and produced sophisticated and bountiful verses. She attained fame for her skill in language.

Al-Khansa (RA) embraced Islam in Madinah and pledged her loyalty to the Prophet (PBUH). The Messenger of Allah once heard her recite poetry and requested her to continue. The Prophet encouraged her in her art and loved to hear her recite. [iii]

It is narrated that Khawla’s husband, while in an argument with her, declared that she was like his mother’s back to him-an idiom of the Arabs at the time, meaning he was divorced from her. She was very hurt by this.

When her husband cooled down, he returned to her to have intimate relations. She refused since he had said that she was no longer like a wife to him.

She took her case to the Prophet (PBUH), knowing this was not just her concern but a concern for her sisters and Muslim women who would come after her. She refused to leave until the issue was resolved. Allah (SWT) revealed the verses:

{Allah has indeed heard (and accepted) the statement of the woman who pleads with you concerning her husband and carries her complaint (in prayer) to Allah: and Allah (always) hears the arguments between both sides among you: for Allah hears and sees (all things). If any men among you divorce their wives by zihar (calling them their ‘mothers’), they cannot be their mothers. [to the end of verse 4]} (Quran 58:1-4) 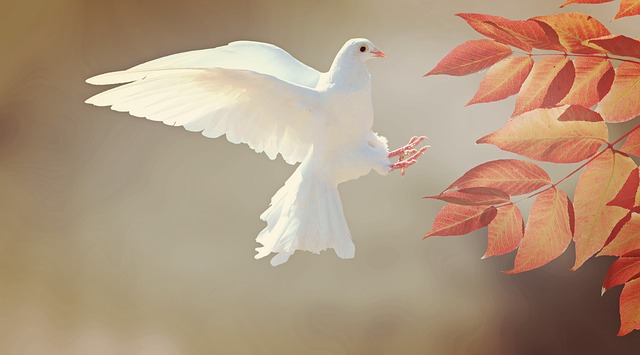 Sumayya (RA) was a slave who accepted Islam when it was very dangerous to do so. She was among the most vulnerable to the persecution of the Quraysh since, as a slave, she had no protection in the Arab class system, something Islam had come to abolish.

So, she, her husband and their son were among those new Muslims who were tortured for their choice of faith. On one particularly gruesome episode of torture at the hands of Abu Jahl, Sumayya (RA) was told she could save herself from the torture if she denounced her faith. Abu Jahl repeatedly give her this option and she repeatedly refused.

Abu Jahl impaled her, killing her for refusing to deny her faith in God. She became the first martyr in Islam. For her bravery and courage of conviction in the face of extreme pain and even death, she was granted paradise. [v]

Nusaybah took part in numerous battles to defend Islam. But Nusaybah is most famous for her bravery in the Battle of Uhud. The Prophet (PBUH) said about her, “Wherever I turned, left or right, on the Day of Uhud — I saw her fighting for me.” She was inflicted with 13 wounds. At Nusaybah’s request, the Prophet (PBUH) asked Allah (SWT): “Oh Allah, make them my companions in the Garden.”

She was not only brave in battle, but she was also an advocate for Muslim women. She asked the Prophet (PBUH) why the Quran only mentioned men, and not women. Soon after Allah (SWT) revealed:

Al-Shifa (RA) came to Islam during the time of the Prophet (PBUH). She was known to be very clever and could read and write at a time when most people were illiterate. Because of her education, the Prophet asked her to teach his wife how to read and write and she obliged.

Because of her sharp and inquisitive mind, she became a scholar of Islam, and during the Caliphate of Umar (RA), she was appointed to oversee the market.

“Her duties were to ensure that business practices should always be consistent with Islam. She would go around the market, making sure that no cheating or tricks took place and that buyer and seller conformed to Islamic values. Umar told shopkeepers that if they were in doubt about the legality of a particular transaction, then they should ask Al-Shifa.” [vii] Al-Shifa served and protected her people.