The constant pressures make it almost unrealistic to ask people to control their anger.
aaa

What is anger? Why and how does it happen? How does it affect our health and our relationships? Can anger be controlled? And how can we do that? In this series, we’ll discuss anger and techniques for anger management and conflict resolution in light of Islamic teachings.

Living with a highly stressful modern lifestyle, we all suffer from bursts of anger, whether it is we who get angry or others who get angry with us. Daily traffic, the economic crisis, and relationship and job stress all cause everyone a buildup of negative emotions that need venting.

Often, while trying to relieve the pressure, we burst into anger tantrums, which we regret later because, inevitably, we cause harm in the process, which in turn causes more anger and we end up spinning in a vicious circle of negative feelings and actions. The constant pressures make it almost unrealistic to ask people to control their anger.

Taking advantage of the lucrative market, hundreds of anger management books and workshops were produced, promising instant, magical solutions to the millions of sufferers worldwide; yet, the problem keeps getting worse.

As Muslims, we’re not immune to the anger epidemic; we’re even bearing additional pressures of religious and racial profiling. We’re often perceived as guilty until proven innocent, which is extremely frustrating for honest citizens. What’s worse, anger-inducing techniques are deliberately used in some situations to cause an emotional eruption in order to affirm the stereotype of the “uncivilized” that is now being indiscriminately attached to all Muslims.

Yet, we forget that we have a treasure of effective anger management techniques in our heritage waiting to be rediscovered and adapted to our modern knowledge of human behavior and relationship dynamics. Let’s start by examining anger itself and then gradually discover how to manage it and even use it to our advantage.

Anger is an emotion. Emotions follow thoughts, so if you are angry, it’s because you’re thinking angry thoughts. We have to learn how to manage our thinking in order to modify our reactions to situations. It is a misconception that emotions cannot be controlled and could run wild against our will. And so, it is not a surprise that Prophet Muhammad (peace and blessings be upon him) promises peace of “heart” to anyone who strives to control his thoughts in order to prevent an angry emotional reaction: “Whoever curbs his anger while being able to carry it out, Allah will fill his heart with certainty of faith.” (Abu Hurairah).

Anger is a choice. It has nothing to do with gender, level of stress, or ethnic group. We get angry because we choose to be angry. Thus, the Prophet’s order “Do not become angry and furious” (Al-Bukhari) isn’t asking the impossible — it’s actually reminding us that we have a choice

No one can make you angry. A person or situation cannot make you angry, and your emotions depend on the way you process the situation based on various factors, such as past experiences, upbringing, and frame of reference. Therefore, our reaction is learned, not inherited. We learn to be angry. And so God Himself teaches us how to make the choice: The Prophet said, “When Allah completed the creation, He wrote in His Book, which is with Him on His Throne, ‘My Mercy overpowers My Anger'” (Al-Bukhari).

Anger is wasted energy. When we get really angry and start shouting, does it help us solve our problems? No, it doesn’t — it actually clouds our judgment and complicates problems. Does it encourage others to be helpful? No, it doesn’t — it drives them away. So, what do we really gain from all this expended energy? Nothing. Muslims are aware they will be asked how they spent every second of their lives and every ounce of their energy, which makes it shameful to consciously waste energy. 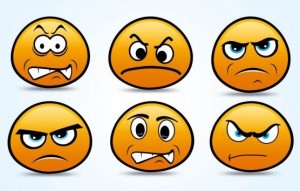 Anger is built into humans, and it comes in many types, so all of us are bound to experience anger in one way or another. It isn’t a “bad” emotion of itself either. It’s how we process it that makes it good or bad, constructive or destructive. What determines the effects of anger on you is largely how you deal with it and how successfully you can channel the explosive energy into achieving something useful and constructive.

This downward spiral of negativity isn’t befitting a good Muslim, whom the Prophet described as someone whom people are “safe from his tongue and his hand.” In other words, a good Muslim isn’t only encouraged, but is in fact duty-bound to learn how to control and manage his anger.