In the second part of this article, Dr Aishah will explain more about the different types of Obsessive Compulsive Disorders.
aaa

Fatimah was rushing to leave for class, when she realized the oven was still on. She went into the kitchen, turned it off, grabbed her purse which was on the counter next to the oven and headed out the door.

She was half way to her car when she thought “did I turn off the oven, or just grab my purse”? She knew she was running late for class but she decided to double check. On the way in, she petted her kitten that was meowing for attention. A quick pat on kitty’s head, Fatimah raced into the kitchen and looked at the oven, thought “good the light was off” and she raced back down the stairs to her car.

She drove off, worried about her tardiness to class. She began to think about the stove again, fearing she may have not seen the stove light, and that it was possibly still on. She quickly swerved around the next street and made a full circle back home. Leaving the car running, Fatimah raced upstairs again, and gave a sigh of relief that the oven light was indeed off.

In her car again, she checked her watch and had 10 minutes to make it to class. On her way to school, she thought about the oven again. Perhaps she was too hurried when checking it? She wanted to go back home and check again, but she had an exam and there was no time.

At school, Fatimah hurried through the now empty halls, burst through her classroom door, and breathless settled herself at her desk. She made it. She was a few minutes late as the professor was just beginning to hand out the exam but, she made it!

While she was waiting for her teacher to give her the exam, her mind flashed to the oven. A sense of dread arose in her mind as she thought of the possible horrors, which could take place if she left the oven on. She wished she would have gone back one more time, and checked the oven, but now it was too late.

During the exam, Fatimah could only think of the apartment on fire, fire engines there, people walking around and smoke billowing from the clay rooftop. She kept trying to focus on her exam; however these thoughts and images filled her mind.

Anxiety set in, but somehow Fatimah made it through the exam. As soon as she hands in the test to her professor, she runs out of the classroom, rushes in the dark parking lot to her car and speeds away to get home as fast as she can to ensure no catastrophe has taken place. As she pulls onto her street, she is relieved to see it is all quiet and settled. Her heart begins to beat slower, and her hands, once painfully clenched, loosen the grip on the steering wheel.

Still unsure of what awaits her, she bounds up the stairs, fumbles with the keys, then once finally in, she rushes to the kitchen. The oven light is off. She falls into her overstuffed chair, and begins to relax her mind and body.

Ahmed is going through medical books. As a second year medical student, Ahmed has always had an interest in medicine and helping others. This time however, as he intently reads sections of about seven medical texts on the couch next to him, it is not for his residency that he is so frantically searching, it is for himself.

A few months ago, Ahmed developed headaches. They would come on gradually, build up and last a few hours. He never had headaches. Why now? As they became more frequent with his busy workload at the hospital, he became increasingly concerned. As he worked with some patients who had cancer, he grew fearful that he had cancer. He began to wash his hands excessively, and avoided direct contact when possible. 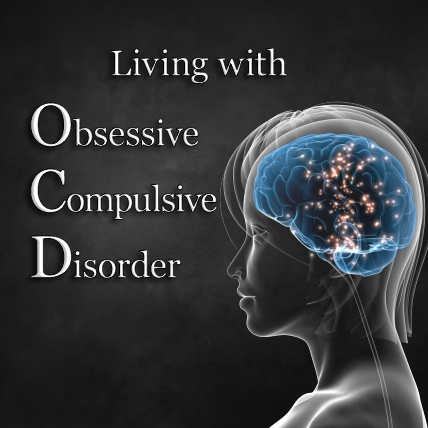 He decided to make an appointment with his physician, who informed him he was getting tension headaches and to try to get more rest, practice relaxation techniques, and to make sure he wasn’t straining his head, neck and shoulder muscles by remaining in one position for too long.

He also told him to take OTC pain medication if he needed to. Ahmed left the office feeling better, as a diagnosis had been made. His hand-washing decreased, and he wasn’t as apprehensive about contact with cancer patients.

A few weeks later, as the headaches continued, Ahmed thought his doctor must be mistaken. This couldn’t be just tension headaches, his suggestions were not working. Ahmed scheduled another appointment with a different doctor, who gave him the same diagnosis, with similar recommendations. He once again, felt relieved as now two doctors confirmed the diagnosis.

For the next few months, Ahmed dealt with the headaches despite a strenuous schedule. However, he began to think more and more about the headaches and wondered, “What if the doctors have missed something?” During one of his shifts at the hospital, he began to think maybe he needed an MRI to rule out any tumors. The next day he called his physician to schedule an appointment.

At the office visit, the doctor screened for new symptoms (there were no new symptoms) and then ordered blood work. The following week the doctor called, stating the blood work was fine, and for Ahmed to continue taking the OTC pain medication, as well as try harder to reduce the stress in his life.

Ahmed was angry. How can the doctor just dismiss him like that? Furious, he called the second doctor whom he had contacted before and made an appointment with him. This doctor upon reviewing his case, also stated he would not recommend an MRI because Ahmed’s symptoms did not warrant it. Leaving the office, Ahmed was in a panic. He knew something was wrong, he was a resident after all, and had seen rare cases in which tumors were misdiagnosed.

As his insurance would not cover any more doctor visits, Ahmed then proceeded to take his savings and scheduled appointments with first another GP, and then a cancer specialist and finally with a neurologist. Ahmed wanted tests done to rule out any tumors that may be growing. After the consult, the neurologist agreed to do an MRI, but Ahmed would have to pay for it as the insurance wouldn’t cover. Although worried about the cost, Ahmed was relieved that finally, someone took his concerns seriously.

Ahmed anxiously waited for his next appointment. When he went in for his results, he sat in the chair fidgeting, worried about the cancer that may be growing in his head. When his name was called, he slowly arose, and made his way to the examination room. The neurologist came in and said “I’ve got great news Ahmed, the MRI scan revealed a normal and healthy brain!”

Ahmed was happy. He felt a sense of relief he had not felt in a long time. He thanked the doctor and left. Finally, Ahmed thought, I can now live a normal life and not worry about my headaches. He tackled his residency with a new found joy and energy. His colleagues noticed this new energy and joy and were very happy for him. However, they were unaware of the reason why he was often preoccupied and sullen at the hospital.

Ahmed’s headaches were still present, but he dealt with them much better now. He was cleared by an MRI, and his mind was at ease.

A few weeks after his MRI results, Ahmed began worrying again. Maybe the MRI didn’t pick up the tumor? Maybe it was so small, it would need to grow larger to be seen? Panic set in. The hand washing increased and patients who had cancer were handled more carefully.

Once again, he began calling his doctors and neurologist for more examinations and different tests, to no avail. His work began to suffer at his residency, and he was given a warning.

As his medical paper trail increased as all physicians who examined him came up with the same diagnosis, Ahmed’s frustration rose. The breaking point was when his GP suggested he see a therapist for possible Obsessive Compulsive Disorder. Ahmed left extremely angry and stormed home, perched himself on the couch, pulled out his medical books, and stated “If no one will find this tumor, I will!”.

In the two cases above, each one had a form of Obsessive Compulsive Disorder (OCD).

The DSM-5 Diagnostic (1) Criteria for Obsessive-Compulsive Disorder is: 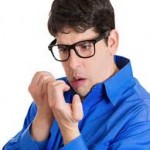 “ A. Presence of obsessions, compulsions, or both: Obsessions are defined by (1) and (2):

1. Recurrent and persistent thoughts, urges, or impulses that are experienced, at some time during the disturbance, as intrusive and unwanted, and that in most individuals cause marked anxiety or distress.

2.The individual attempts to ignore or suppress such thoughts, urges, or images, or to neutralize them with some other thought or action (i.e., by performing a compulsion).

B. The obsessions or compulsions are time-consuming (e.g., take more than 1 hour per day) or cause clinically significant distress or impairment in social, occupational, or other important areas of functioning. C. The obsessive-compulsive symptoms are not attributable to the physiological effects of a substance (e.g., a drug of abuse, a medication) or another medical condition. D. The disturbance is not better explained by the symptoms of another mental disorder.”

In the second part of this article, Dr Aishah will analyze the two above mentioned cases and explain more about the different types of Obsessive Compulsive Disorders.