More than 640 people have been killed since 18 February, more than 150 of them children, AFP news agency reports.

The Syrian Observatory for Human Rights, a UK-based monitoring group, says fighting on the ground intensified there on Saturday.

Some 393,000 people are trapped in the Eastern Ghouta, which has been besieged by the government since 2013.

Food and medical stocks are dwindling, and aid trucks are unable to get in.

In #EastGhouta, at least 91 killed & 200 injured since the ceasefire on Saturday, February 24th. A glimpse into the aftermath of these attacks. #SaveGhouta pic.twitter.com/dgAnsnyOhN

This is what life looks like for families living in basements in eastern Ghouta. pic.twitter.com/YAlRYcZrob

Do not turn your back on Syria’s Eastern Ghouta. Around 400,000 people are trapped by their own government, with their hopes of safety just out of reach. https://t.co/AwolgidUl8 pic.twitter.com/kN6UQGaG1R

What you can do about Ghouta:

1- Make a donation and encourage your family and friends to make donations as well. Please check our emergency appeals below.

3- Lobby Imams, Muslim celebrities and those with a public platform to speak about Syria, and Ghouta in particular.

4- Contact the Russian embassy in your country to demand that Russia immediately stop the bombardment of Syrian civilians, humanitarian aid workers, and medical facilities; and  allow safe, unhindered access for humanitarian aid.

5- Write to your local MP to make a statement and demand that the government exercises all the diplomatic and economic pressure it can. It is extremely easy in the United States by visiting theyworkforyou.com

6- Wake up tonight for the night prayer and make duʿa for the people of Syria, as if your own family members were trapped there.

Join one of the following appeals and donate now!

Islamic Relief (IR) is working in eastern Ghouta through screened local partners. We have been supporting the besieged communities with non-food items like blankets, sheets, buckets, containers for water, cooking items, and soap. We have also been providing fuel for heating to help people deal with the bitter cold winter.

Just last week a team from Muslim Hands visited Syrian refugees in Lebanon. We heard harrowing stories from people who had escaped Ghouta in recent months – families forced to eat grass to avoid starving. With this escalation in violence, it is hard to imagine the suffering faced by those who remain trapped in this desolate place.

Our teams are on the ground in Syria, ready to reach these devastated people with vital food and medical aid.

Donate now and save a life before it’s too late.

Despite the tragedies, you can still help our brothers and sisters. Ummah Welfare Trust has launched an emergency appeal to help families in Ghouta with cooked food and medical aid. The charity is able to transfer money inside to fieldworkers who are delivering assistance. The charity needs your help now more than ever. Donate generously for this appeal and help our brothers and sisters to see better days. 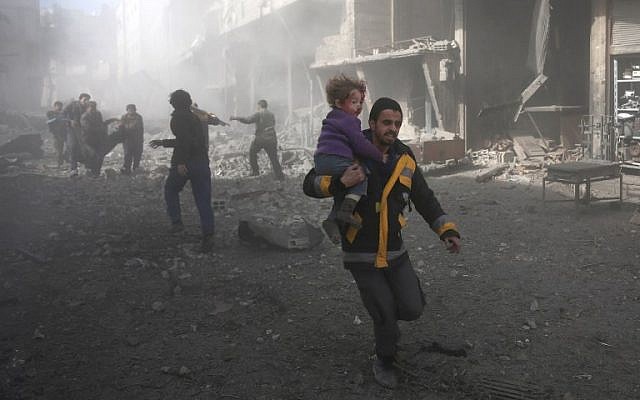 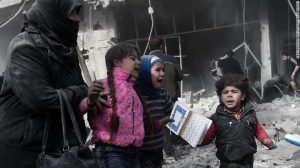