Project Ramadan has been supplying food to low-income families “regardless of race, religion or ethnicity” in Toronto and Hamilton for 10 years.
aaa

Project Ramadan will bring its food-basket building program to the Ottawa Food Bank on April 22 and to Parliament Hill on April 23, feeding hungry families and raising awareness of food insecurity, as reported by Ottawa citizen.

Project Ramadan is an initiative dedicated to supporting families in need. Operating under the umbrella of the Muslim Welfare Centre, Project Ramadan’s mission is to fundraise, assemble, and distribute baskets containing staple food items, according to the project’s facebook page.

The project planned to build 500 food baskets with local volunteers at the Ottawa Food Bank on April 22.

Volunteers would then bring the basket building to Parliament Hill  on April 23, to highlight the issue of food insecurity with members of parliament.

According to a report by The Ottawa Food Bank, 35 percent of Ottawans who use emergency food services are children, 35 percent are families with children and 31 percent live in social housing.

Through its fundraisers and basket-building events, the project said it has raised more than $1.1 million and provided more than 15,000 food baskets to hungry families.

Project Ramadan in coordination with the Muslim Welfare Centre of Toronto, has been supplying food to low-income families “regardless of race, religion or ethnicity” in Toronto and Hamilton for 10 years. 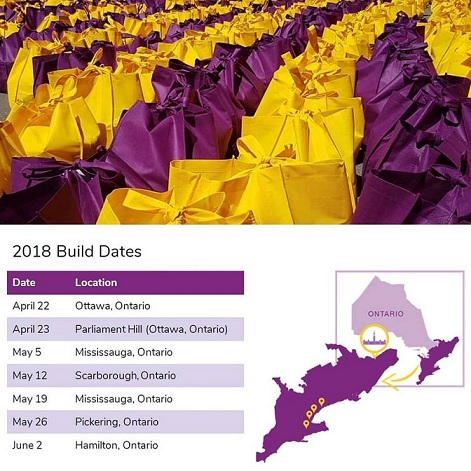