Amani’s dad was sentenced to 22 years in prison after he murdered her mom. At the time, Amani had just finished university, was five months pregnant and her career as a solicitor was progressing well.

After her mom’s death, Amani was frustrated about the lack of opportunities to express grief within her family and community. She found it very empowering that she was able to give a speech at the mosque, a month after her mom’s death.

Her faith has helped her rebuild her confidence and conciliate with the horror that she faced during the mourning.

The artist received help from the ‘Homicide Victims’ Support Group’. She met a counselor who advised her to keep a journal and write to the people who she couldn’t communicate with, like her mother or her father.

Eventually, writing became a crucial part of her healing process. Unfortunately, things got difficult. 2 years later, her father’s trial process took place. The whole situation took a toll on her mental health. She felt heartbroken and powerless all over again. 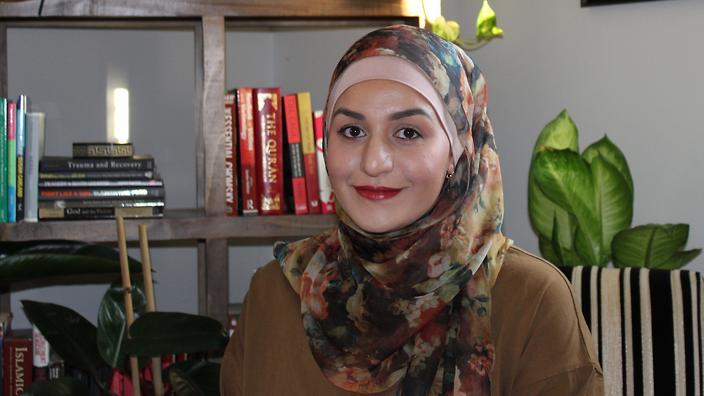 Turning Negative Energy into Something Positive

Amani convinced herself to put her energy in something positive. She raised within a week $5000 through a Pink Ribbon fundraiser, in memory of her mother. She also educated herself on trauma, the experiences of victims and the different types of domestic violence. She realized that recovery required hard work, that’s why she went to see a counselor again.

Since then, she found her own creative and empowering ways to share her mom’s story and raise awareness through art and writing.

Amani is now a lawyer, artist and executive board member at Bankstown Women’s Health Centre. She even was a finalist in the Archibald Prize and the Law Society of NSW Just Art Prize!