listening is the key for a successful conversation.
aaa

I have a toddler who is very loud. She’s so loud that you can’t help but hear what she is saying (or demanding).

Like when she is in the grocery store screaming for a chocolate bar. Or when she is in the masjid reading Surah Al-fatiha louder than the imam. Or when she is playing in the park and divulging the details of her life to any stranger who will listen. When I try to tell her that there is a time and a place (and a volume level) to talk, she ignores the advice and continues on her happily loud talking way.

Yet, it’s the times when she is unable to talk that really worry me — the times when her emotions get the better of her, and instead of articulating what she wants, she just screams it really loudly.

So, in an effort to save myself (and anyone with any hearing left) a headache, I’ve been scouring for tips and tricks on how to deal with a child during a temper tantrum. I found a nifty little one a few weeks ago, and so far, it’s been working well.

It’s not about getting weak and giving her the chocolate bar — it’s about showing her that you know what is upsetting her and you don’t disregard her feelings. And from this place, it’s surprisingly easy to get her to come to the side of reason afterwards. “I love chocolate bars too, sweet baby girl, but if we were to eat this one now, we wouldn’t be able to eat a healthy supper first.”

Ever since I’ve been acknowledging her feelings, the tantrums have decreased, the house is quieter, and both she and I are happier because of it.

It’s the art of listening at play. Really listening. And I believe that the more we practice it in our lives, the happier all our relationships will be. Here are some ideas to get you listening to your loved ones with greater skills:

Understand the benefits of listening well

For the situation with my daughter, the public displays of emotion were draining on me so much that it really became a big decision if I was going to take her out at all or not. Imagine a child that is stuck at home all the time because no one wants to deal with her in front of an audience. It was draining on the both of us — and because I couldn’t leave her at home alone, even the most routine of tasks and chores became difficult.

As you grow to be a super listener in your own relationships, it pays to understand how the benefits will apply to you. Will your marriage be stronger? Will your depressed teenager finally feel like they can come to you about their troubles? Will your parents feel like you’re finally giving them the reverence they deserve and esteemed to them in Islam?

Through listening, you will learn and grow and be aware of the options available to you when times get tough — especially during temper tantrums.

Remember that communication can be hard

Therefore, it’s fitting to remember that communication is essentially messages and that sometimes those messages can be surrounded by low visibility. Simply keeping this knowledge in your sights can be the first step to opening your listening skills and making your ears more empathetic. 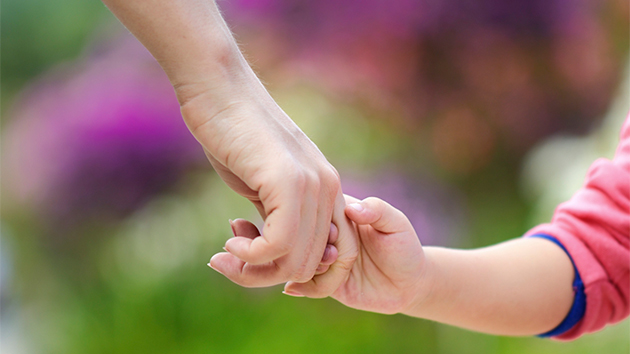 Try analyzing the following exchange between a husband and wife and note that he’s just come home from work and that she’s in the kitchen cooking:

Husband (sounds annoyed, almost shouting): Are we having pasta for dinner again?

Wife (happily, still stirring the contents of the pot): It’s so delicious — if you don’t love it, then you have no sense of taste!

Perhaps both are at fault for their communication skills — but I’m going to address the wife, because the response was hers. First, she should have heard that her husband sounded upset and realized that there may have been circumstances at work that made him so — but by sounding upbeat and not looking up from what she’s doing, she alienated his feelings immediately and lost the opportunity to have a worthwhile discussion about what’s really bothering him. Second, even though she thought she’s joking, she did put him down with her insult and made it seem like whatever she’s doing was more important (and delicious) than what he wanted.

It would have been more successful if she’d looked up, frowned as he was frowning, and said, “Oh no! You don’t want macaroni?”

This is better, because it acknowledges that he is upset — she’s not pushing that aside by making an offhanded remark — and that she cares enough to ask a question that will allow him to answer honestly.

In doing so, he might calm down and open up to her about what’s really going on, saying something like, “Macaroni is not a problem. The problem is actually…”

At this point, the wife would probably want to turn the stove off, grab her husband’s hand, sit him down on a chair, and then really pay attention to what he had to say, without any distractions.

The golden rule is that silence is golden

Abu Hurayrah narrated that Allah’s Messenger (peace be upon him) said, 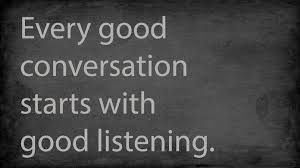 When things start to get too heated, it becomes necessary on whoever’s reading this article and trying to improve their listening skills to keep quiet, to use silence to postpone a response, to slow down the conversation in order that it can go back to being an exercise in authentic listening.

In heated discussions, silence is a great gift, because it can allow all the parties involved time to think and reflect on what they want to say and what is being said.

End conversations with understanding, even if there isn’t agreement. Being a great listener entails receiving an accurate version of the message being sent — it means that you gain an understanding into the speaker’s communication. It’s about seeing his or her point of view — calmly, authentically, and completely. Once this happens, you too are free to make your own point of view — to even disagree with what you’ve understood from the speaker. The important thing is that you’ve understood him or her, and basic human laws of reciprocity state that by you doing this, the speaker will want to do the same for you.