As October comes to an end, we are surrounded with jack-o-lanterns and ghost filled yards. From Trick or Treat to a parade, it is an event, which attracts young Muslims significantly.

Even as simple as walking into the grocery shop becomes difficult, for these celebrations are very prominent and promoted in the west. Being unaware of its origin, people fall into its deceptive cult.

When kids come home from school they beg their parents to take them out, dressed as witches and monsters they go from door to door asking for mouthwatering treats. The question lingers in the minds of many Muslim parents; How to deal with our kids who are tempted to celebrate Halloween?

Involve Them in Your Discussions

As parents, we should incorporate Halloween and every other un-Islamic events in our family discussions since it affects us greatly in western society. We need to make our spouses and more importantly our kids aware of what is going on around us.

Take the time out today and sit down with your kids! Explain to them the harm that generates out of these occasions. Also express to them that Muslims should not follow anything out of ignorance.

Make them aware of the saying of the Prophet (May Allah’s Prayers and Blessings upon him): “Whoever does a deed that does not conform with our affair (Deen) then it is rejected from him”[1].Also the Prophet (PBUH) said in a famous hadeeth: “Whoever imitates a people is one of them”[2].

Discuss with your families  these celebrations. For instance, start with what is Halloween and where does it come from? Ask them for their opinions first and then offer to them the description. For instance, tell them, “Did you know Halloween is a pagan and satanic practice?”  Then delve deeper in explanation. (Halloween originated many centuries before Christianity. 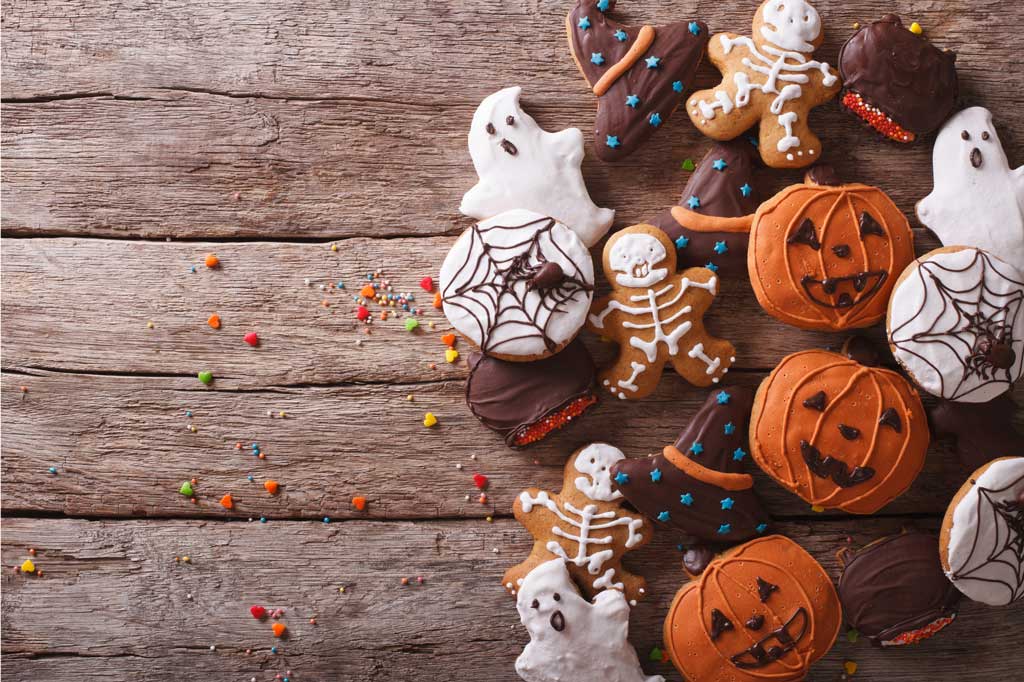 The pagan Celts in ancient Britain and Ireland believed that, during the night of October 31st, gods played tricks on their mortal worshippers, bringing about danger, fear, and supernatural episodes. They also believed that the souls of the dead were let loose and were allowed to revisit their homes and that hosts of evil spirit roamed the earth.

Thus, this night acquired a sinister significance filled with spirits, ghosts, witches, goblins, black cats, fairies, and demons. The Celts made sacrifices to ward off the perils of the season and the anger of the deities, and they set huge bonfires on hilltops to frighten away evil spirits.

Gradually over the years, Halloween turned into a family observance[3]. Remind your nearest and dearest about the pillars of our faith and most importantly involve the kids in the discussion!

Liberate them from identity crisis. Kids have an urge of belonging, make them feel wanted in Islam. Our children must be proud of their Islamic heritage.

We are obliged to construct our youngsters in a way that the love of their Creator emanates from them. If they have this character well established within them, then they will abstain from these celebrations on their own. For instance, chat with them about young Sahabas and their role in Islam.

Display to them the importance Islam gives to them and also appreciate them for following the right path, for children are a gift from Allah (swt). Strive to make them feel elated about being a Muslim.

Design a checklist and be creative. Organize healthy activities and events for them ahead of time. Contact your local Masjids, ask them to have age appropriate activities for the kids on the specific days.

Organize fun filled games, crafts and quiz competitions. If that is too much of a hassle then do things together as a family. We are raising the next generation so let’s do our part. Display and instill within your loved ones respect and affection for their unique, Islamic identity.

[2] Recorded by Abu Dawud, Ahmad, and others. Verified to be authentic by al-Albani (Irwa ul ghalil no. 1296)