“And then I turned into nobody.”

Leena talks about moving from a high flying, well-paying job, to simply staying at home. Her family was mortified.

As the eldest of seven siblings, and all of them either in University or already a professional, her mother’s disappointed resonated through and through while visitors came to see Leena and her second baby days after the birth. Leena had quit her job about a year and a half before because she could not stand sending her first born to a nursery anymore.

“The disappointment was so obvious, especially when there were all these aunties asking how long my maternity leave would last.” She [Leena’s mother] could not bring herself to explain that her daughter was *just a housewife* and walked out of the conversations.

“That expression of disappointment, of having a daughter who is a nobody, lasts with me forever.”

While it seems like the ideal Muslim family with the wife staying at home to take care of the children, it is different for daughters of some cultures where it’s expected for women to work, build a career, bring in a lot of money, have children, but send them off to childcare.

While there is so much media highlight on Muslim women being forced to stay at home, many mothers like Leena – educated even – fight tooth and nail for acceptance to just “be a mother.”

Hajar describes her route even more vividly. As a Chartered Accountant, she quit her job while planning for her second child as she felt she would benefit her family a little more with her presence at home.

“My parents always measured our success by using the salary-scale and often boasted to others on how much we [she and her siblings] earned.”

So with Hajar quitting her job, it was a massive let down to her family’s reputation.

Just like Leena, she turned pretty much into a nobody.

“It’s difficult,” continues Leena. “Every time there is a family meeting, I get excluded. If I happen to be around, they will let me know that my opinion doesn’t matter and remind me that I have children, as if children were a deterrent from basic human intellect.”

Funnily enough, Islam puts so much emphasis on raising children that it’s peculiar to see women being sidelined for wanting to be full time mothers, and these were Muslim mothers to top it off.

“It wasn’t just my parents, though,” Hajar elaborates. “My husband was terrified to inform his parents about our decision, and when he did, things got substantially worse.”

From being the “Trophy Wife” – the one with the high flying career (and the one who bought their home), Hajar turned into a burden upon the son of her in-laws. Her husband had to justify how he spent on his family.

Every visit would be speckled with sarcasm, with either one of them asking her directly when she was going to get a job again, when she was planning to go back to work, telling her that breastfeeding was going to result in problematic children, and that in fact, her children were already problematic – because they were so attached to her.

“I just remained silent as the first two [children] grew older, as they were expecting me to go back to the workforce – and then I got pregnant again,” says Hajar. “Needless to say, I got shut into cold storage. My mother-in-law used to comment on how she always worked and could never do ‘that’ [such as sit and read with the kids].

But once I was pregnant again, they stopped talking to me all together. It was like I had gotten myself pregnant on my own or something, just to add extra burden to their son.” 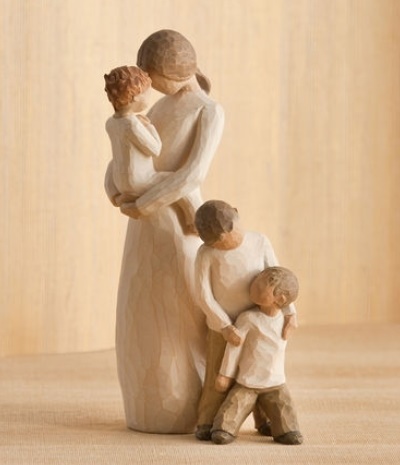 While the family seemed religiously inclined, never missing prayers and having some “Muslim standards,” children – or grandchildren for the matter – were not of a priority nor a pleasure.

Most conversations the family always had revolved around something materialistic, like someone’s expensive car or someone else’s large screen television. With their own daughter having a professional career, actively choosing to remain single, Hajar was constantly being compared to her designer handbag or latest mobile phone.

Anis gave all of that up as well. As a mother of four, and former banker, she decided that spending thousands of dollars on her car, would be a small price to pay to raise her children.

“It isn’t easy,” Anis says, “You get used to money. I could buy things for myself without asking my husband. Now I stay at home with four children with one stable income. In a world where material success is prioritized over the well-being of families, it can have some really negative side effects on your self-esteem. It’s bad enough that a vast segment of society see you as doing ‘nothing at all’.”

And again, unsupportive in-laws adds a plot-twist to an already ugly internal struggle. “I live with my mother-in-law,” explains Anis, “She is unwell so I try to be patient. But having her around and having her ask me to go back to work every single day can be stressful. She even hands me those flyers that advertise jobs for cleaners and cashiers.”

It’s not that Anis feels that these jobs are beneath her, but she does earn a fluctuating income through blogging and affiliate sales of Islamic products. She is also in the midst of setting up a pre-school in her area, also through a franchise programme.

Needless to say, she has her hands full with four children accompanying her everywhere, but her mother-in-law doesn’t understand that being a mother alone, is enough of a job already, without the extra work that is not obligatory upon a woman in Islam. 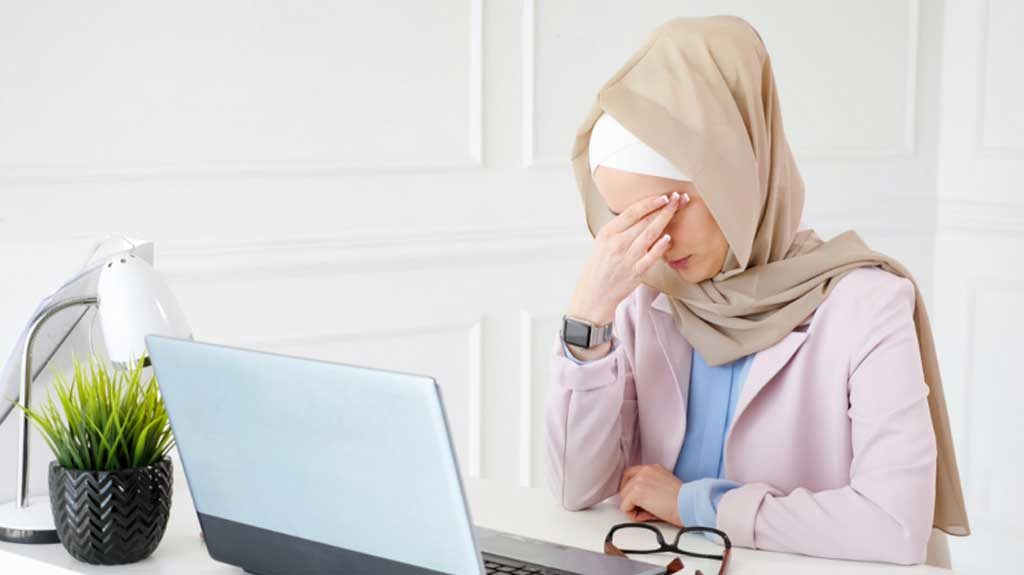 In fact, all three mothers started some venture right from their home, and do not lounge around the entire day demanding for their needs to be fulfilled. “I sympathize with my husband,” says Hajar, “It’s not easy to survive on a single income in a growing household and he works hard to provide for us, but sometimes it falls short. Alhamdulillah, book-keeping for small enterprises keeps the income rolling in for us.”

On whether or not her in-laws understand this, she says: “My husband has tried to explain that I still have an income. On one hand, I sometimes feel relieved that he is standing up for me, but on the other hand, I don’t think I should have to explain my choices. But it’s not like they understand. As far as they are concerned, I am still a free-rider.”

Leena considered going back to work too – especially when times got hard. But she knew that it was only through the Mercy of Allah that she and her husband were able to work through difficult financial patches so that her children could still have her at home.

“I loved my job and my career. I was great at it, alhamdulillah. When I tendered my resignation, my employer offered to triple my salary because I carried so much weight in the office. I went beyond the call of my job description and helped a lot in the office in matters that were even over and above my scope. I had made a name for myself.”

“But I felt that I had something more important to do – I had to take care my children. Even if it turned me into a nobody.”

It is such a pity for mothers like these to be sidelined by their families. While they acknowledge that their husbands have to sacrifice more with their wives staying home, their own sacrifices (of being financially stable themselves,) and letting go of many of their own personal needs go completely unacknowledged. All three of them – and amongst others in their own circle of friends –wonder if this is even normal.

The Dutiful Daughter or Daughter-in-Law Fallacy

There is always so much hype of Muslim women seemingly oppressed by staying at home. These women – mothers – tell a different story. While all of them were successful graduates and professionals, they felt their calling was more meaningful in their own home. Even with work opportunities from home, they were still considered as “useless,” “did nothing,” or were plainly, “living of the fat of the land.”

Staying at home brings on an internal struggle for many women, especially for those who were brought up to believe that their self-worth lay in their salary slips or the cars they were able to afford. And there are those who are brave enough to take a stand against their own culture of leaving the home and carrying their own “weight.”

While all three do feel disappointed in the lack of support from those around them, they do find solace in supportive husbands and like-minded mothers who chart out paths from the Corporate World to the nucleus of their own home.