The children gather around, waiting for the story to unravel. A story about a man running away – an escape plan – he is being hunted down – but there is a resolve – a new place – a peaceful place – called Madinah.

Their Prophet (peace and blessings be upon him) was accompanied by his best friend started their journey in the depths of the night. They managed to leave Makkah, despite being hunted down. They hid in a cave. It was late at night and they were in danger. Alhamdulillah, Allah is the Most Merciful.

Even while in the cave, they were nearly caught by the Quraysh…their assassins who were hot on their heels. Then there was a spider. It spun a web to protect Prophet Muhammad and Abu Bakr  Al Siddique (the righteous).

The Quraysh people came and they saw a spider’s web worth days and days of work. So there was no doubt that the two men could have hidden in the cave without such a large spider web in front of it.

What? A spider saved the Prophet (peace and blessings be upon him)?

“A spider! A spider! The spider heard us talking about her!”

My kids were giggling in excitement while the creature scaled down just above our hands, and I have to admit I was quite amazed at how Allah intended to land a spider on our Seerah book just as we were reading about the Hijrah.

This was some time last year. My children were younger, louder. But since then, every time they spot a spider, they start talking about the spider that protected Prophet Muhammad while he was hiding in the cave.

The Story of the Spider

The story of the Spider is the ultimate ear candy for little ones, especially younger children. Children are completely besotted with animals, and the story of the spider is probably one of the most fascinating “animal stories” in the history of the Islamic timeline.

Knowing that Allah has such a power to command animals to behave at His Will is also an amazing realization in itself.

Humans have always co-existed with animals since the beginning of time, but interaction between the two has not always been positive. Telling children about the spider and how it wove a web to protect Prophet Muhammad from persecution, is one way to remind them to respect animals no matter what.

Of course, it would be wise to remind of the dangers of getting close to some species of spider, but besides that, the Arachnid is a fascinating study on its own.

Fear is a normal feeling for humans, especially when faced with danger or something that is generally scary. Children have all sorts of fears growing up, so it’s normal if from time to time feel afraid or scared of something.

The best way to deal with (as per the lessons from Hijrah) is to always speak to Allah first. Learn to say plenty of Dhikr and teach children important verses from the Qur’an like Ayat-ulQursy and Suratul-Iklhas that will bring them closer to Allah and give them a sense of calm and security.

This applies to parents too. When children see and feel positive vibes of their parents, no matter what the adversities are, they will also learn to trust Allah unconditionally, and unnecessary fears will slowly dissipate as they figure out their emotions and ways to process and deal with them.

Challenges and problems will arise from time to time in life. It doesn’t matter if you’re a child or an adult. Obviously, the story of Hijrah arose from persecution and this was a major challenge for Prophet Muhammad (peace and blessings be upon him) and the Muslims of that time. 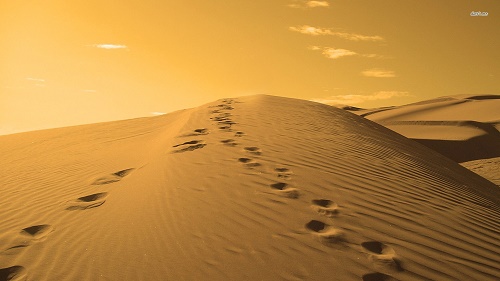 The Prophet had planned the escape from Makkah and Madinah for all Muslims, and he did this in phases: praying to Allah for guidance, making alliances with outsiders of Makkah, having people return to sign a pledge, and moving out Muslims by the handful.

Muslims – regardless of time and locality – will face their own challenges, and it is for each Muslim to plan his or her way out of hardship. This is the same for children. If there is something bothering them at school, for example; if they are being bullied or vilified for any reason, they must learn to ask for help from their parents. It may not always be easy for children to do this, and that is why they need a strong support system to surround them – one that is conscious of Allah and know that Allah is capable of everything.

Therefore, the story of Hijrah is also one of brotherhood, to take care of one another, and to have complete trust in the One Creator and the Best of Planners.

Taking Care of Others Before One’s Self

A huge lesson from the Hijrah is the importance of caring for others. Although the Quraysh were planning to hunt down Prophet Muhammad (peace and blessings be upon him), the last Messenger ensured that the Muslims in Makkah were looked after before he left. He planned at best to get many of them to move out by night, for their safety.

Some strong companions, like Umar bin Khattab, were less likely to be attacked, so Umar left during the day with a handful of the followers, unharmed. Prophet Muhammad  also followed Allah’s Directives to the tee, telling Ali bin Abi Talib to sleep in his bed the night he fled.

Furthermore, before Prophet Muhammad (peace and blessings be upon him) embarked on his journey, he settled all his business transactions and returned all assets and belonging that fell under his care – so as he would not have cheated or short-changed anyone at all in lieu of any business transactions. Even when the Quraysh were persecuting him, they still believed that he was the Al-Amin (the Trustworthy) and he (peace and blessings be upon him) lived up to his name until the very end.

Lastly, an important lesson of Hijrah is choosing good friends. Prophet Muhammad chose his closest friend, Abu Bakr Siddique, to be his companion on his treacherous journey to Madinah. 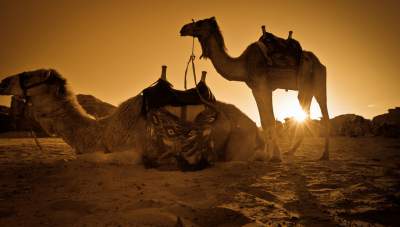 Abu Bakr was one of the best Muslims of the time, and was always calm and collected when it came to facing problems. Prophet Muhammad knew he could trust Abu Bakr in carrying out their plan to leave Makkah together, and they did it without fear of being caught.

Had Abu Bakr doubted the plan or anything that was encompassed within, then Prophet Muhammad (peace and blessings be upon him) wouldn’t have been able to reach Madinah without getting hurt or even killed.

There are many Hadith that require Muslims to find good companions at all times as this will enable us to become closer to Allah.

The more like-minded friends we have, the better our chances would be to have our faiths intact and continuously engage in good deeds rather than bad deeds.

Having good friends also keeps us happy and positive at all times and focused on being good Muslims. At times of difficulties, true friends will also be there to stick by us and help us without passing judgment upon our hardships, even if it puts them in danger. They will always help keep the faith even through phases of difficulty.

The Story of Hijrah

Lastly, everyone has their own story to tell, their own journey, their own path to walk down – to discover Allah, to learn the Qur’an to be a good Muslim.

Keeping good intentions and purifying one’s heart at all times to please Allah is the best way to go, and adults and children need to be reminded about that.

We live in a busy world that we forget we are nothing but travelers moving from one point to the other, making our own Hijrah. Remind children that the only one point of permanence is the Hereafter and insha Allah, for good Muslims, this resting place is Jannah.