Caring for ourselves– physically, emotionally and religiously – should not in any part be seen as superficial.
aaa

In Holistic Muslimah Health series, we review how Allah has designed us in a holistic manner with precious physical milestones, to mark the specific phases of women’s lives- teenage, puberty, pregnancy…etc, and explore women’s psychical and emotional needs and rights.

Caring for ourselves– physically, emotionally and religiously – should not in any part be seen as superficial. Rather,  self-care is an act of ibadah through which we show respect to the body that Allah has loaned to us.

The needs and rights of boys and girls are relatively the same until children reach the ‘Age of Accountability.’

Girls, like boys, have the same rights to be nurtured and cared for by their parents, such as to be extended-breastfed, taught the deen, educated, clothed and fed. While many people treat girls and boys differently from their birth, Islam makes no such distinction.

Still, men across cultures and religions fail to understand the significance of their role as fathers to daughters. A poll in the US found that about 70% of fathers do not believe that an active role in their daughters’ lives is necessary for the girl’s well-being.

This problem is addressed in Islam, encouraging fathers to care well for their daughters; Ibn ‘Abbas reported that he heard the Messenger of Allah, may Allah bless him and grant him peace, say, “There is no Muslim who has two daughters and takes good care of them but that he will enter the Garden.” (Bukhari).

Studies support the Prophetic example linking good self-esteem in young women with strong bonds to their fathers. We only need to look to the strong bond between the Prophet (peace and blessings be upon him) and his daughter Fatima to recognize the guidance for fathers to be central in their daughters’ lives.

Around the ‘Age of Accountability’ adolescent and teenage girls will begin having markedly different physical and physiological needs than boys.

Puberty marks the beginning of a woman’s reproductive cycle. Generally, during puberty a young woman’s body will begin to release one of her many eggs (which were all produced while she was in the womb) every month during ovulation. If the egg is not fertilized with sperm, she will shed the egg and some other unneeded tissue (uterus lining) during menstruation.

This ‘period’ is accompanied by changes in hormones and frequently physical discomforts.

A holistic- complete- approach to women’s physical and emotional health can relieve some of the discomfort associated with menstruation. As there is an immense amount of various cultural misrepresentations and general ignorance about menstruation, a firm understanding of Islamic guidance and rulings on menstruation will help a young woman improve and remain steadfast in her deen while her body undergoes changes brought on during puberty.

Menstruation is not a shameful thing in Islam and should be discussed frankly with young women.  Narrated ‘Aisha: “We set out with the Prophet for Hajj and when we reached Sarif I got my menses. When the Prophet came to me, I was weeping. He asked, “Why are you weeping?” I said, “I wish if I had not performed Hajj this year.” He asked, “May be that you got your menses?” I replied, “Yes.” He then said, “This is the thing which Allah has ordained for all the daughters of Adam. So do what all the pilgrims do except that you do not perform the Tawaf round the Ka’ba till you are clean.”  (Bukhari).

Sexual abuse is a misunderstood issue across cultures and religions.

Muslims are not immune to the reality that an estimated one in three women experiences some form of sexual assault in her lifetime. We need to be educated about and prepared for the likelihood that sexual abuse will affect someone in our family at some point- whether we know it or not.

Though both boys and girls are equally vulnerable to sexual abuse, girls are more likely to be isolated or over-protected specifically to prevent abuse- however this does not necessarily help as sexual abuse often occurs within families, perpetrated by anyone from extended family members to siblings.

It is best to have a pragmatic approach to preventing abuse. Talking to children, including educating them about their private parts can help prevent sexual abuse.

On the other side, parents should learn the warning signs of when abuse has or is happening to prevent further abuse and support their child to reconcile the potentially long-lasting damage. 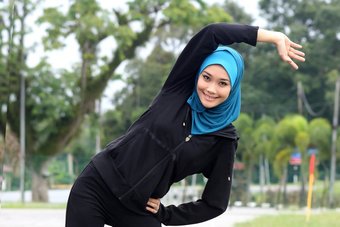 Though exercise is beneficial to all people, it can be an especially complicated issue for Muslim teen girls who are faced with a wide scope of peer, media and cultural pressures.

For some girls, exercise may be discouraged as it is seen as ‘boyish behavior’ and some Muslim girls’ access to outdoor activities are limited for fears about their own safety or cultural expectations.

Lack of exercise is not only a problem for people who may be obviously out-of-shape, but not exercising also decreases the overall health for people who look to be in a good weight range.

At the other extreme, there are young women who become addicted to exercise in attempt to meet the absurd beauty standards pushed on them by media and supported by their peers, families and cultures.

A reminder of the Islamic guidance of moderation in all things needs to be appreciated in exercise.

Too much exercise can be a sign of emotional imbalance for young girls, and can be damaging to their bodies, robbing them of the nutrients they need for healthy growth.

While it’s true that teen girls need slightly less calories than teen boys, girls have particular dietary needs that are often more challenging to meet as they are more vulnerable to societal pressures to conform to unrealistic beauty standards. 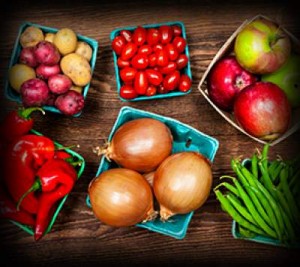 An estimated 65-75% of women in Western countries have eating disorders, which can begin in childhood and remain a lifelong problem if not properly treated.

Overly critical parenting has been cited as one of the potential causes of eating disorders in children (boys and men account for around 10-15% of all people eating disorder) and there is also a high correlation between negligent fathering and eating disorders.

Dietary intakes of iron and calcium are of particular importance to young women. Women need a higher iron intake than men due to iron loss during menstruation. Low iron intake can lead to the common problem of anaemia which causes fatigue and weakness.

Similarly young women should have calcium rich diets to avoid osteoporosis and weak bones, including teeth.  Survey any older women who have nursed multiple children and you are sure to find that they have experienced tooth loss or breakage before all of their kids were weaned. Most girls do not get the suggested 700 milligrams of calcium per day that their body needs as they continue to grow.

While boys may continue to grow into their early twenties, girls usually finish growing by their late teens. If a woman experiences pregnancy during these years while her own body is still growing, her dietary intake needs be well balanced for both her and the baby.

In Part II of the Holistic Muslimah Health series, we will explore the specific needs and rights of women during ‘The Childbearing Years,’ including  pregnancy, breastfeeding  and miscarriage.