Such is the mantra repeated over and over again, to audiences of women who have already had this message ingrained in them from youth. But where are the reminders to Muslim fathers?

It’s become a common cultural standard that women are assumed to be almost solely responsible for the raising and educating of children, from infancy right up until adulthood. The role of fatherhood, on the other hand, seems to have been relegated to one of financial obligation, and little else.

When we look to the time of Prophet Muhammad (peace and blessings be upon him), however, we see a very different model of fatherhood.

Ali ibn Abi Talib was raised in the household of the prophet (PBUH) and the prophet was his father figure. When Ali accepted Islam at the age of 12, he didn’t do so out of indifference or merely because he ‘had’ to.

He had been raised to be intellectually capable of pondering what faith meant, what the consequences of accepting that would be, and the seriousness of living according to Islam. Thus, when he accepted Islam, it was with a keenness of intelligence and awareness that was directly cultivated by the prophet (PBUH).

Similarly, Zayd ibn Harithah who was also raised by The prophet (PBUH), in such a dedicated manner that when Zayd’s biological father and uncle came to take him back home, he refused to go with them. Zayd was approximately eight years old when he was captured by raiders and sold into slavery in Makkah. The nephew of Khadijah (may Allah be pleased with her) bought him and then gave Zayd as a gift to her. She, in turn, gave him to The prophet (PBUH) who freed him and raised him as his own son.

When Zayd’s father and uncle came to claim him, Zayd informed them, “I have seen from this man (Muhammad) such amazing things that I could never prefer him over anyone else.” (Ibn Sa’ad, Ibn Athir, Ibn Hajar).

Immediately after this, The prophet (PBUH) formally adopted Zayd who became known as ‘Zayd ibn Muhammad’ until the Qur’anic verse was revealed forbidding this type of adoption.

Such a close bond could only have been the result of truly dedicated parenting. Zayd was also one of the first people to accept Islam, along with Ali and the rest of the Prophet’s household.

As an adult, the prophet (PBUH) made Zayd a commander of the Muslim army no less than seven different times, until he was martyred in the Battle of Mu’tah.

Nor was the prophet (PBUH) an exception when it came to fatherhood. His Sahabah followed his example.

Umar ibn al-Khattab (may Allah be pleased with him) didn’t abandon his son ‘Abdullah to his wife to raise; he didn’t expect ‘Abdullah’s mother to be solely responsible for Abdullah’s education or the refinement of his manners. Instead, he took a hands-on approach and ensured that Abdullah accompanied him from a young age, as is evidenced in the following hadith:

I intended to say that it was the date-palm tree, but I was a young boy and felt shy (to answer).

The Prophet said, “It is the date-palm tree.” Ibn ‘Umar added, “I told this to ‘Umar (later on), who said, ‘Had you said it, I would have preferred it over such-and such a thing!” (Bukhari)

Abdullah ibn ‘Umar grew up to be known as ‘the Jurist’ – but would he have become such a great man if it weren’t for the way his father made a point of involving him in the daily gatherings of the elder Sahabah with The prophet (PBUH))?

Unfortunately, there are far too many fathers today who prefer to leave their sons to be raised by social media and less-than-ideal friends, assuming that “their mother will deal with them”… until they suddenly realize that their sons are no longer young boys, but overgrown males with no understanding of Islamic manhood. 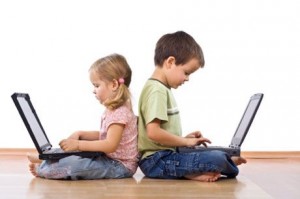 Unfortunately, there are far too many fathers today who prefer to leave their sons to be raised by social media and less-than-ideal friends, assuming that “their mother will deal with them”

This situation, in fact, took place in the time of Umar ibn al-Khattab (may Allah be pleased with him), and his stance on fatherhood is further demonstrated in this narration:

Doesn’t a child have rights over his father?” “Certainly,” replied ‘Umar. “What are they, Ameer al-Mu’mineen?” “That he should choose his mother, give him a good name and teach him the Book (the Quran).”

“O Ameer al-Mu’mineen! My father did nothing of this. My mother was a Magian (fire worshipper). He gave me the name of Julalaan (meaning dung beetle or scarab) and he did not teach me a single letter of the Quran.” Turning to the father, ‘Umar said: “You have come to me to complain about the disobedience of your son. You have failed in your duty to him before he has failed in his duty to you; you have done wrong to him before he has wronged you.” (Source)

A’ishah (may Allah be pleased with her) described The prophet (PBUH) as:

“His character was the Qur’an.” (Muslim)

The automatic understanding was that his character was an embodiment of the teachings of the Qur’an.

‘Umar’s rebuke to the complaining father wasn’t that it was the mother’s fault for not teaching the son how to be a good Muslim (or even a good person) – the responsibility was upon the father to raise his child according to the Qur’an.

In failing to carry out his responsibilities towards his son, the father was to blame for his own son’s disobedience.

Today, there are countless books and lectures aimed at mothers about the importance of their role – yet few, if any, focused on Muslim fathers. As a result, our Ummah has been faced with a crisis of fatherhood: one where Muslim men have minimized their role as the head of the household and relegated themselves to providing only financial support, rather than being present, hands-on parents.

Subsequently, we have an entire generation of Muslim youth growing up with no idea of what it is like to be a truly responsible Muslim man.

It is time that we recognize the seriousness of the situation, and change our understanding of the role of Muslim men as fathers – by returning to and reviving the Sunnah of The prophet (PBUH) and his Companions. They were the men who exemplified what it meant to be true Muslim men … leaders of both their households, and of their Ummah.