Anger and aggressive behaviors are very noticeably on the rise. Could it be all the junk food and unhealthy habits? Could it be the recent stressful events all over the world? Are our blooming generations angrier than we were as children?

The definite factor is our effects as parents influencing  our children’s behaviors on a daily basis. I truly believe in the saying “children see, children do”!

Let us observe a few reflections of our aggression on our children. Just the other day, I saw a couple of girls pretending to be teachers with a couple of boys on the street. They had made the two poor boys raise their arms up in form of punishment and they were shouting at them nervously. Actually, they are all victims of a loud violent environment that robs them from identifying the true image of a caregiver or an educator.

If you ask a child to draw his mother or father, there is a very big chance that she/he draws a very scary figure with staring eyes an open mouth and messy hair. Similarly if you give a child some family of dolls, you will find him/her pretending to be one of the parents and acting out a violent encounter with one of the children.

I was recently describing to a parent that we might look really ugly in the eyes of our children when we are angry and she said, “Oh my God, my child asked me; mummy, why do you sometimes turn into a monster?”

Getting angry with your child may cause you to unintentionally harm him/her, may cause various types of psychopathologies and at the least will produce an angrier version of yourself.

I remember many of my friends before they got married, dreaming of bringing children into the world and being a wonderful parent. I also recall a big number of them recounting that they will raise the new “Salah ul Din “, the great Islamic leader. So, how come, they forgot all their dreams when their wish of having an offspring was granted? All I see is a lot of frustrations and complaining.

I think what happens is loss of focus, as a mother has a new baby, she gets lost in the daily routine of keeping her child fed and clean while taking care of the house responsibilities in addition to her care for the husband. While the father, gets overwhelmed in the daily requirements of his job. And they both forget to enrich themselves and their children with the more important character reinforcement.

There is also a common perception, that harsh discipline will produce better-behaved children. On the contrary, and according to studies, the most well behaved children are those who were never spanked. (Murray Straus, Phd).
In my opinion it doesn’t make sense to me that any compassionate religion that says be kind to all people and animals, would recommend hitting children or being violent with them in any way. So, I advise, research again.

I am also obligated to tell you that according to studies, very rarely do parents who abuse their children physically, do this with intention but it’s more commonly an unintentional escalation of force during disciplining their child (M.Roderiguez).

So, the moment you decide to hit or spank your child, you are immediately risking an unintentional abuse that may be a reaction to the child’s transgressions.

A lot of researches and studies have also indicated a consistent relationship between going through various types of abuse during childhood and suffering of psychopathologies like anxiety or personality disorders during adulthood (Riggs, Sahl, Greenwald, Atkison, Paulson & Ross, 2007).

So basically getting angry with your child may cause you to unintentionally harm him/her, may cause various types of psychopathologies and at the least will produce an angrier version of yourself.

As for the religious perspective, some people imply that some religious teachings may indicate disciplining children in a harsh way for instance to make sure they pray.

In my opinion it doesn’t make sense to me that any compassionate religion that says be kind to all people and animals, would recommend hitting children or being violent with them in any way. So, I advise, research again.

Train Yourself to Be More Patient

Believing in the crucial importance of parents training themselves to manage their anger, here are a few tips:

1- Admit that you have an anger problem: this is the first step towards dealing with it. 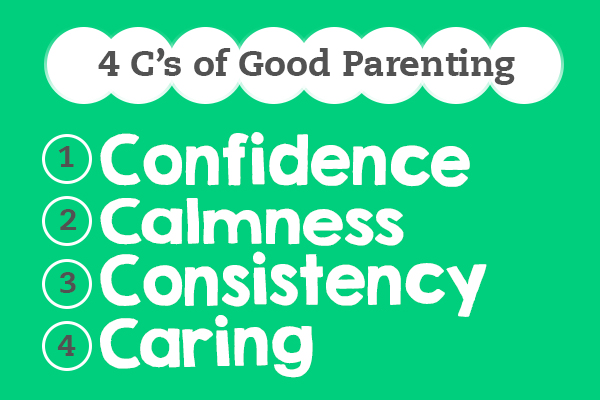 2- Anger level is changeable: a lot of people say, “ I am a nervous person” thinking it is a permanent trait. Well, its all in your hands, you can regulate your anger level and type. It takes hard work but it is doable.

3- Cognitive learning: make an effort to find out more about anger, its types and how to manage it. You can either read and/or attend workshops.

4- Religion: praying has a cleansing meditative effect on the soul that is resembled by yoga or Reiki. Also committing to religious teachings will help improve social behaviors like forgiveness and tolerance.

5- Learn to be more assertive: choose appropriate words and attitude but always tell others if you are upset about something they did.

6- Relaxation techniques: learn how to do deep breathing, guided imagery and deep muscle relaxation. A lot of gym classes now provide these techniques.

7- Learn how to deal with your child , about positive discipline and behavior management: It’s your homework and obligation as a parent to learn how to raise these precious little humans .If you were raised by an aggressive violent parent, do your best to be the first to break the cycle of abuse and rescue your child from becoming a continuation of the violence.

8- Bigger Goal in life: It is really amazing how our happiness comes from serving others and I believe the more you do for people the happier you are and the more you live for yourself the more unsatisfied you get.

9- Your oxygen mask: It’s very important to put a high level of priority for your own fun, enjoyment and exercise as a parent. If you are not happy and fulfilled as a person, it is nearly impossible that you could raise happy fulfilled children.

10- Learn to play: Learn how to play and have fun together as a family. This will bring laughter and joy into your home and will definitely improve skills and enrich the familial bonds.